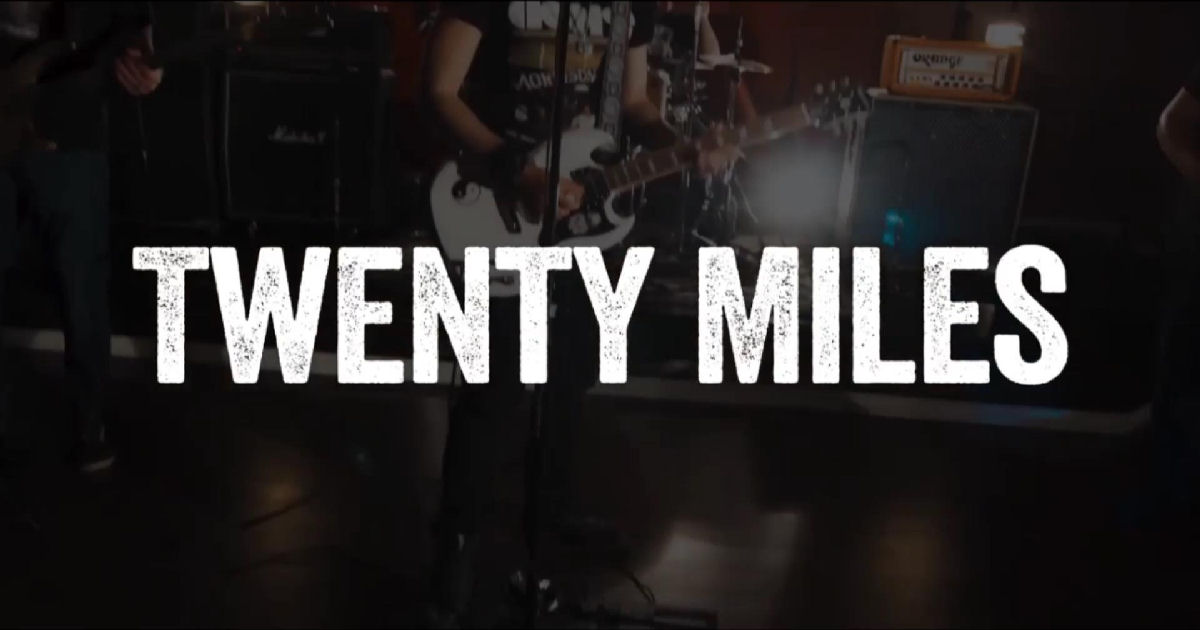 Canadian Alternative-Rock eh?  Don’t mind if we do!

Always rad to meet a fellow band from the motherland.  Lucid Ending are based out of Edmonton, Alberta…and…hmmm…rocking much harder than we typically associate the province’s music with!  Keep in mind, this is the same Alberta that’s host to the infamous Calgary Stampede and its Countrified-scene each & every year…but thankfully, Lucid Ending is exposing there’s at least “Twenty Miles” of space in between the two cities and a massive difference in musical taste.

As in, obviously Edmonton’s got some.  Sorry Calgary.

Join Trevor, Steve, Logan, and Josh as they storm the stage at Royal Studios for a live-take on their single “Twenty Miles.”  And don’t be fooled – they might be young lookin’ dudes, but they’ve each got an extensive history established already in music and a wide variety of experiences & influences that are greatly assisting in solidifying the rock-solid core of this crew – we’ve read their bio & all the details that come along with it – make no mistake, they know exactly what they’re doing & have all the right tools to create the success they’re out to achieve.  BONUS props to Logan, from one Canadian to another – having a look over the listed influences & bands/artists that Lucid Ending is inspired by…Logan’s got the most decisively ‘Canadianized’ list, stocked with heroes from all over this great country of ours – so he gets the real gold star.  That being said, they prove right here in the video for “Twenty Miles” that they’re all worthy of accolades as they rock Royal Studios and shake the walls as they rip through their latest single.  We’ll be keeping an eye out for that cross-country tour one day and their eventual stop here in Ottawa (Because obviously, right?  That’s where we are!) – definitely looks & sounds like a band worth trekking out to see at a show – have a look/listen for yourself and give their latest cut “Twenty Miles” a spin below!

Find out more about Lucid Ending from their official page at Facebook here:  https://www.facebook.com/lucidending