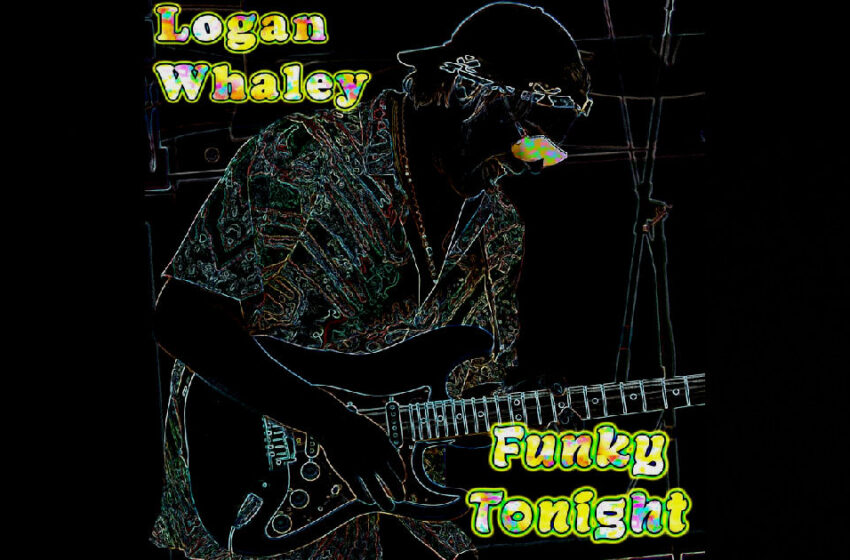 I hear the word ‘funky’ in the way the majority of the world hears the world ‘moist.’  I’ll do my best here.

Having said that…I ain’t opposed to the SOUND of the funk y’all – who on earth would be?  It’s just a word thing is all, and only nerds like me have a problem with any of’em – for most folks out there, funky is just as acceptable as anything else that could be said or sung & that’s plenty cool with me.  It MIGHT have been a different story if this song didn’t end up so damn good…but as it stands, Logan Whaley Band has reduced any complaints I could have had to grumpy observations on a word in a title – that really ain’t a bad position to be in dear readers, dear friends.  The reality is, “Funky Tonight” is one epic & irresistible jam, full-stop.  You’d have to actually be made of stone to not end up movin’ & groovin’ yourself – and yes, you can consider that to be firsthand knowledge.  I don’t ever try to resist where resistance is futile, and I’m honest to a fault – “Funky Tonight” is a cut that everyone can collectively dig.

So while it IS true that the actual word itself gets used more than I’d ever be comfortable, I suppose what I’m saying is that it sure as hell never stopped me from turning this track straight up to the rafters.  Let’s be real here – “Funky Tonight” would be SOMETHING ELSE to witness in a live setting – this track leaps hard enough from your speakers already – just imagine what would happen right there in person!  Not only is there a ton involved in the instrumentation and making this track as exceptional as it is when it comes to the variety of sound at work – but there’s just not a single, solitary hair outta place here from beginning to end if I’m being truthful.  There are trumpet solos!  The drums & bass in the rhythm section are off the charts awesome!  The gritty vocals and the vibe from the microphone is absolutely top freakin’ notch!  No joke folks – “Funky Tonight” is what gettin’ on down is truly all about, 100%.

All without going anywhere near the Disco element too, which I very much dig.  Kind of like a funkier version of something like Danko Jones in that respect, you get that slight hint of Rock in the mix and the attitude here…it makes for a fantastic combination of versatile sound that’s as expressive as engaging, while still being radiantly bold and hard-hitting in its own funky way.  Guitars are great when they get their moment in the spotlight, the backing vocals as well…all-in-all, Logan Whaley Band has served up a whole smorgasbord of straight-up undeniable good times from the very beginning to the final seconds.  There’s really not a scenario that I can imagine or think of where the masses wouldn’t be in lockstep agreement with how I personally feel about the sparkling & stellar results I’m hearing on “Funky Tonight” – this is accessibility incarnate!  Credit where credit is due too…the reasons as to WHY that is, are many.  From the outstanding musicianship, to the multiple hooks comin’ atcha from the lefts to the rights, to the wild personality & passion you hear – a track like “Funky Tonight” has that innate ability to reach out & move people all across the world, regardless of what they’d normally be listening to.  Go ahead and test the theory y’all…get your boombox out, go bring this track to the edge of the dance-floor, push play, and watch the magic happen as the entire place slides on into extreme party mode x10.

Even with the titular odds stacked against’em, I gotta admit, Logan Whaley Band had me at hello from the moment I pushed play – and they’ll get to you every bit as easily as they got to me.  Don’t go thinkin’ you’re immune from the FUNK y’all…ya know that y’ain’t…so turn on up for this new single by Logan Whaley Band…I can guarantee you won’t regret it, and I can guarantee you’ll all be listening on repeat, just like I have been from the moment I got my ears around this.

Find out more about Logan Whaley Band at this multi-link:  https://linktr.ee/loganwhaleyband