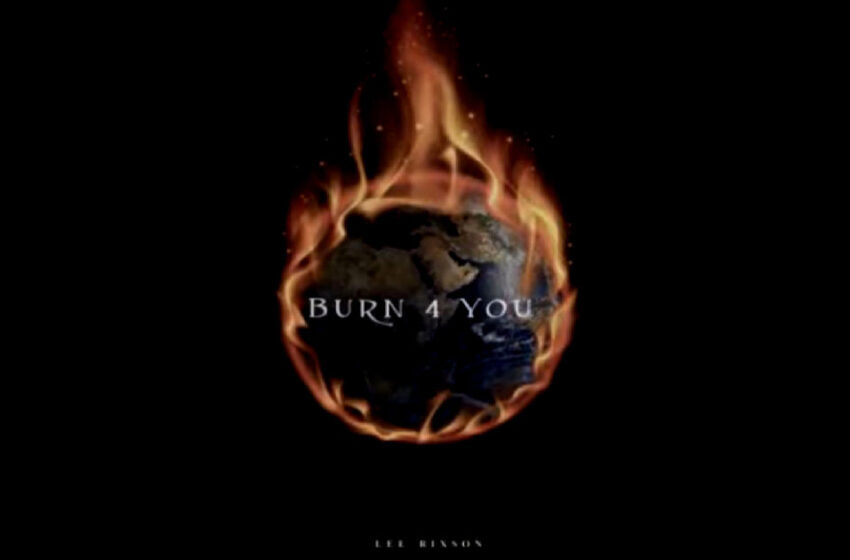 Dude could teach the art of the cliffhanger.

Here I am, doin’ my thing, listening to the music of Lee Rixson, trying to find out what I can online, and I get to the about section of his social media, which reads: “Everyone asks what I would describe as my ‘sound’ or what genre am I trying to be.  Honestly, I…I…”

You what?  That’s it?  That’s all?  You’re gonna leave us THERE Lee?  How are our ears supposed to know what we’re listening to if our eyes don’t tell us?

Obviously I’m having a bit of fun here to start.  While that’s all factual information, that’s about as far as you might get, short of finding out that Lee’s based out of Milwaukee, WI, “making cool tunes” and “something for your earholes” out there…no kidding…that’s about all the background info I’ve got aside from being able to see the man’s been plenty active over these past couple years establishing his name out there as a solo artist in the scene through a series of singles released.  So it’s a good thing no one actually relies on me for that kind of information anyway…let’s be real – you’re all here for the music part – so I’ll stay in my lane for now, and just tell ya what it is I hear in “Broken Love” and “Burn 4 You.”  Believe me when I tell ya, I run into this kinda stuff every day, where I’ll head down the rabbit-hole to try and find out some info that ain’t there – “It’s all the same, some things never change,” as Lee will tell ya.

What I can say for certain, is that the sound of a single like “Broken Love” is gonna be extremely tough for the people out there to resist, and I wouldn’t go recommending anyone try to.  Suffice it to say, there’s a reason this track is the reigning champ on his page at Spotify right now…plenty of’em in fact – and they start up immediately with the smart production including that classic record-spin crackle, a sparkling Pop-infused vibe, and brilliantly soulful vocals.  Chances are, what you’ll hear in this cut will remind a whole lot of people of the stylistic moves on the mic made by an artist like Adam Levine, and perhaps rightly so – the similarities certainly exist in the flexing of falsetto along the way for sure.  That being said…I mean…like him, love him, or even hate the guy – Levine is killer company to be compared to as far as technique, melody, and hooks are concerned…and I suspect you could easily check all three of those boxes when it comes to the sound of a song like “Broken Love.”  It’s a mellow but very flashy cut when it comes right down to it – but I’m not hearing a solitary second out of place here if there is one to be found – Lee’s got this dialed in tightly, the flow is flawless, and the hybrid elements of Jazz, Electro, and R&B injected into this track along the way keep the whole track remarkably vibrant and equally diverse.  Essentially, you’re never short of something stellar to listen to – and the enlisting of guest-star Lewie B ends up being a strong pairing with Lee to make this collaboration all come together as it should…”Broken Love” is the kind of song that I can’t imagine anyone out there complaining about.  The hooks are fantastic – but I gotta admit, it might very well be the stylistically slick melody on the mic that has my attention the most when it comes to “Broken Love” – if anything, I might think that the verses might rival the appeal of the chorus in that regard…but you get’em both, so again, no complaints.

Personally, I’m even more excited about the second cut I’ve got my hands on here from Lee Rixson, which is actually his latest single released, called “Burn 4 You.”  Fundamentally, if we’re talking about quality & consistency & all that good stuff, you won’t find a weakness in either of these two tracks I’ve got here in review…so it really all becomes a matter of personal preference and what resonates with you the most.  For me, I did the ingenuity of the structure in a track like “Burn 4 You” – let’s be real here – when you listen to the amount of detail in the music and in the crystal clarity of the production…the sheer amount of ideas that continually burst brightly through your speakers…I mean…it should be 100% obvious to anyone listening that the work has truly been put in through the stellar results you hear.  “Burn 4 U” makes brilliant use of multiple vocal layers, cleverly chopped up & edited into the mix – and as far as the melody of the music itself is concerned, we’re talking about some freakin’ exquisitely designed stuff that shows a tremendous amount of skill.  A track like “Burn 4 U” nestles snugly right in between the realms of EDM and IDM music in that most perfect of ways – you’ll find just enough hooks in the melody to keep the everyday listener’s attention locked in tight, and for those out there seeking out something more adventurous than just another beat waiting for the drop to come, Lee’s got you fully covered by going in a much more exploratory & innovative direction.  I really dig on hybrid tracks like these personally…and I always wonder what the average listener must think as they listen to the shimmering & smooth results of a song like this – do they realize just how much would go into this?  When things come out so flawlessly – do people recognize just how much work that would sincerely take?  Trust me when I tell ya, it takes hours & days, if not months to master the diversity in sound you’ll hear within “Burn 4 U” and harness the clarity you’d need between all its elements to make it come out as spectacular as it has here on Rixson’s latest.  So credit to the man where it’s truly due – you don’t end up with a sparkling & flawless gem like “Burn 4 U” without the dedication and talent it takes to succeed & the visionary ideas required to see that next-level in music, and take us there as listeners.  Both of these cuts speak extremely strongly on Lee’s behalf when it comes to the versatility in the sound of the music he’s making, and confirms he’s more than able to thrive with confidence inside multiple realms.  The dimension and depth in the dynamics of his music is straight-up outstanding; I get that there’s a lot within “Burn 4 U” and its emphatically scattered design that could potentially be challenging for some – but for those of us out there that dig a whole lot goin’ on from the lefts to the rights, high quality melody, and insightfully creative & ambitious tunes to listen to – Lee Rixson’s given you a plethora of reasons to keep him on your radar & playlists with these two singles alone; and I’m willing to bet you do.

Find out more about Lee Rixson at his official page at Facebook here:  https://www.facebook.com/leerixsonmusic