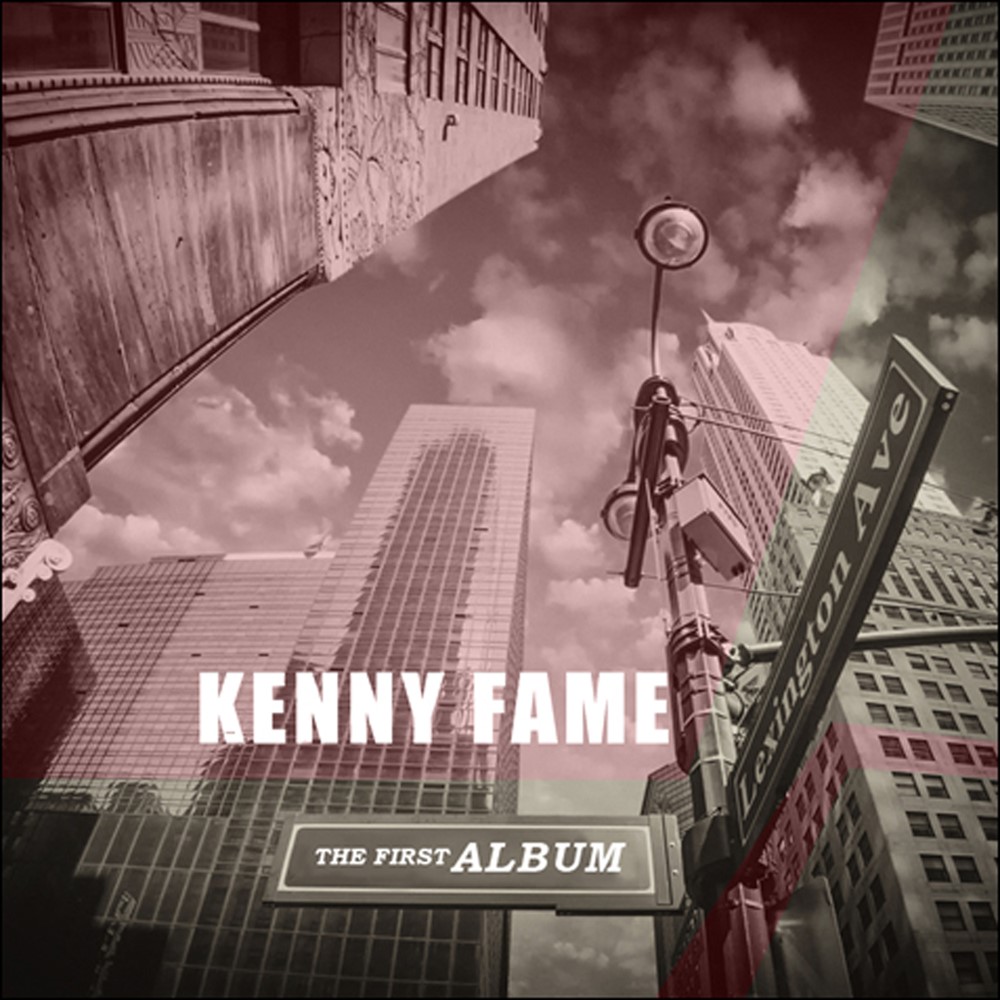 Interesting…I can sense ‘the machine’ at work somewhere here…

Kenny Fame seems like a good guy. Most of the songs you’ll find on Fame Whore seem to come through in such a way that it points to the sincerity of a real person. You take all the sentiment of this album combined, and you’ll hear it too; clearly this is a man of good intentions.

Now…whether good intentions amount to a complete sound…is perhaps another story; there are a LOT of hands in the mix here when it comes to this album, two producers and four songwriters. Normally, an album is kind of an easy thing to review in the sense that you listen to the music, most of the time you might not notice credits and facts about the album that would potentially taint the ease of that process…yet here we are.

The first thing I noticed during the opening track “Shadow Dancer,” or first impressions what-have-you; was that Kenny Fame was putting out a pleasant sound. As far as opening tracks go, it’s got enough of a groove alright…its pulse and rhythm echo 80’s pop, honestly almost a little too close to something by George Michael, or the melody of “Material Girl;” it’s miles away still, but the flow from Kenny’s vocals in the verse bring it closer. It diversifies into something that maybe The Dandy Warhols would play around with once he hits the chorus. As groovy as it is, there’s a few metering issues when it comes to lyrics, something that will go on to haunt corners of each song on this album…

So what’s my issue with ‘the machine’ anyway? Good question.

When you’re a singer/songwriter, and I discover that you’re co-writing on a lot of these tracks, I automatically go into what I call ‘Aerosmith’ syndrome; as in, well, it should just be a hit song then right? Having a crack-team of hired help, well…I mean, that’s what it’s for right – help? My issue is when I hear an album go backwards instantly by only the second song, and I see that ‘the machine’ got in the way of the artist. “Beautiful Face,” is about as mixed result as you could possibly get in a song. Fame is clearly conforming here; to someone else’s idea…I just don’t think this track worked for me.

Back to another Fame-authored track immediately in “Fame Whore,” and you can INSTANTLY hear what I’m talking about. Right away, the album comes up and brightens again…he’s on more familiar and stable ground, confident and ready to take this song on. It’s a clever vocal flow…Fame himself is a tough singer…he takes a lot of chances in his lower register…each performance comes through at a solid 90% of what I think he’d be capable of…and as a producer, I’d want the MORE from him that he clearly has to give. Enthusiasm is certainly something that can be turned into talent, and Fame has plenty of that; if it takes 100 attempts to make it perfect, take 100 attempts – I have no doubt he’d be right there waiting for the engineers to press record.

I dig “Floating On Air,” though again it led to the up-down-up-down feel on the pacing of this album…I’m not sure Fame has this lined up in just the right order that will really allow us all to get as excited as we should be. A co-written track with Roderick Derkson, this was the clear strength in the co-writing process, but used only once on this album; the track itself comes out clear and strong, emotionally committed.

“Mother/Father” is where I nearly had a meltdown. It’s not as simple as declaring it stylistic; the meter is too often forced into place, either too many syllables, or sometimes not enough. When there’s too many, the words bunch and become less coherent, when there’s not enough, Fame tries to compensate by stretching them out, often catching a flat note or two along the way. That being said, you can again, hear that this is the kind of song that means something to Kenny…and often the important ones are the hardest ones to nail down tight.

Yeah. You see…it’s just that…well, again, “On The Subway” is a co-written track. Why Kenny? I just don’t get it. At this point, his ability to write a song has demonstrated itself to be superior to the co-written tracks each and every time, and honestly – I just don’t hear it here, I don’t hear the need for, or the actual assistance provided here. I find myself wishing they could all just kind of leave him alone to his own devices, pass or fail, at least that way expectations might become a little more realistic. “Julie” another song he’s written, is proof again, right away. Tell me that doesn’t have more hooks and potential than “On The Subway,” does! Cause it does SO! It’s way, way, way too long – but whatever, still more hooks here, on his own.

Now…normally here at SBS, we don’t even go INTO that…cause, well, why? Most of the artists and bands that come through here just want a chance to live out their own unique vision and art. Co-writing is often different than being in a band with permanent members. In a band, you want to have a hit-career; in co-writing, you’re looking to write that hit song. I can identify potentially three songwriters that, if in fact hired by Fame for this project, largely owe him his money back. If there are metering, timing, flow or tone issues; it’s NOT only Fame’s performance – where did the songwriters go? Break time? I feel like Fame potentially has enough talent to pull off all his ideas here…but I REALLY feel like the production team has left him out in the cold here, and that the songwriting help was not all as advertised.

Hmmm. Alright…third-time lucky. “Rescue Me,” is a uplifting track, and I dig the melody. Again, not quite there 100%, but definitely something here in this song – I can see this one going somewhere. I’m still not sure why it’s not going somewhere NOW…that’s a question Fame should be asking to the production team behind Fame Whore. Sometimes…and I hate doing it myself, but sometimes you HAVE to tell the artist or band, or whoever’s in the studio to get back in there and do it AGAIN until it’s perfect. That’s an intense responsibility and a fine-line for a producer to walk, but one that is completely necessary. You can hear Fame at his 100% best, you can also hear him fall at times – what was the intent behind allowing both on the recording, I just don’t know! That…is their job. To have the tough conversations in the best interests of the artists…you don’t have to be mean about it, but sometimes it HAS to be done.

And I would have done that here. I think Kenny Fame has a good start here…but I’m not so convinced he’s being led down the right trail to success. I think we’ve got a guy here with fantastic intentions, good songwriting and instincts, that needs to take a little more time in growing the material overall. It sounds scattered right now, a little unfocused and like energy unharnessed. More time will tell; let’s see what happens as this singer/songwriter continues to build upon some of that fantastic foundation of courage and ability that have brought him this far.