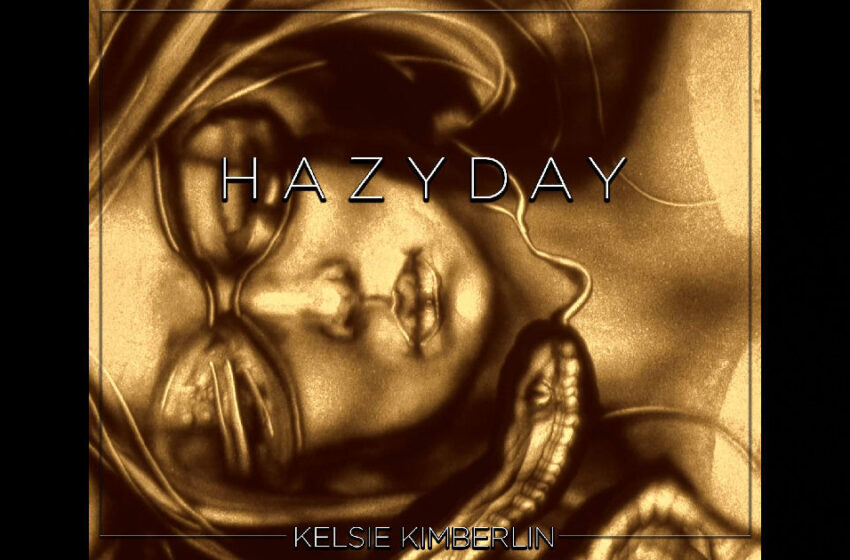 Kelsie Kimberlin Is Melting Hearts On Her Way To #1 With A Hot New Single– “Hazy Day” Out Now!

It has become radiantly clear that the stunning style, bold artistic perspective, and uniquely innovative music being made by artist Kelsie Kimberlin is powerfully resonating deep inside the hearts & minds of listeners all around the world.  With her official debut & the beginning of her career starting up only ten short months ago – it hasn’t even been an entire year, but the millions-upon-millions of clicks, plays, & views on her singles and videos are all the proof anyone would need to know she’s truly discovered the place where she belongs; right in the center of the spotlight, and fully embracing her destiny as an artist with open arms. 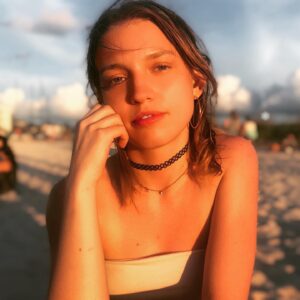 After fearlessly revealing her sensational spin on the Alt-Pop sound with her debut single “Lobotomy,” and making a true statement with her smash-hit follow-up “American Guns,” Kelsie had already gained the enthusiastic support of a legion of fans from every corner of the map in her breakout year in 2020.  With each single supported by its own professionally shot, storyline videos – the cinematic experience that Kelsie created to complement her sensory vibes & thought-provoking, poetic lyricism, completely confirmed she’d established an unbreakable connection between herself, her music, and the millions of listeners & viewers tuning in from all over the globe.  Inspired by the love & encouragement generated by the incredible buzz surrounding the anticipation of her next big move – Kelsie released the uplifting anthem “Dancing Hearts” following the inauguration of the forty-sixth US president to help celebrate the remarkable cultural shift taking place in her country, and continued her surge throughout the scene.  Seizing the inspiration & momentum, Kelsie pushed forward with her career at full speed.

With her brand-new 2021 single “Hazy Day” – Kelsie Kimberlin is set to dazzle & charm listeners all over again with her immaculate dreamy vocals & insatiably catchy hooks.  From her beautifully endearing & angelic vocals, to the brilliant hybrid mix of Pop, Indie, and Jazz sounds soaring gently through the music around her – “Hazy Day” reveals her spectacularly diverse, versatile, and vibrant style in a mesmerizing new light.  Through a blissful tale of young love designed to take listeners into the heart of sentimental sweetness & genuine sincerity – Kelsie’s latest single is every bit as evocative as it is purely entertaining, and every bit as enchanting as it is engaging.  From her supremely addictive sound, to her stylistic vocals and relatable lyricism, to the undeniable artistic integrity that Kelsie is built of, “Hazy Day” has the sound of dreams turning right into reality; it’s a single created from pure light & love, 100% intended to be shared with each & every one of YOU lovers & dreamers listening all across the world.

Enlisting the spellbinding talents of visionary sand artist Vira Syvorotkina to create the extraordinary visuals for the captivating & compelling new video supporting “Hazy Day” – together through this collaboration, they’ve ensured that Kelsie’s latest is guaranteed to be another milestone in her many achievements & authentically leave a lasting impact on everyone listening & watching.  From the speakers to the screens, Kelsie Kimberlin’s brand-new single “Hazy Day” is set to sweeten up the charts & playlists this year and take her music straight to number one.  Out & available now on every major online music platform, including the breathtaking video featuring Vira Syvorotkina’s amazing art – join Kelsie Kimberlin this year as she breaks incredible ground with career through an authentically timeless new song that will memorably move everyone listening with heartfelt vibes that’ll truly soothe the soul.

Find out more about Kelsie Kimberlin at the official pages below!