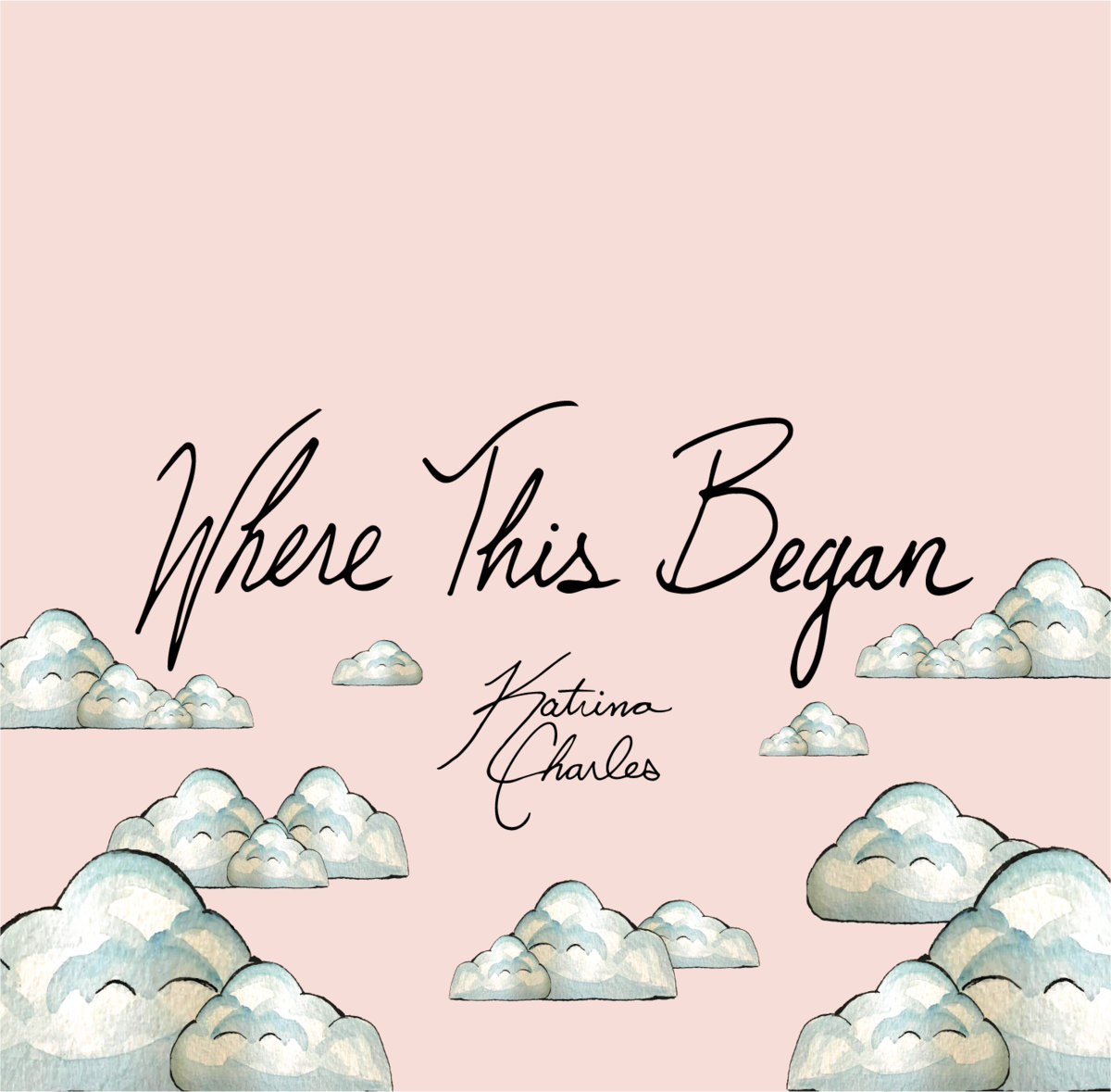 Beautiful sounds from a beautiful place…good ol’ Seattle…my home away from home.  While Katrina Charles might have a different sound than what I’m typically used to reaching out to Seattle for – I’ve gotta say, she’s put together some gorgeous melodies and confident songs on her new EP, Where This Began.

As “Where This Began (Beautiful Mess)” started her new record, I felt like the sounds I was hearing could have easily fit right into some of the best spots of my own playlist featuring strong songwriters and female-led vocals like Chantal Kreviazuk or the Wild Strawberries.  Mind you – both of those are Canadian references as well…but I’d hazard a guess that Katrina’s probably familiar with both comparisons.  Something about her voice…there’s a wisdom and experience behind it that you can truly hear…”Where This Began (Beautiful Mess)” makes use of that and her stunning range full of thick, rich and beautiful tones.  There’s a slight twinge of southern-charm in her voice…or Americana-folk…you could potentially label Katrina into a whole bunch of genres with the widespread appeal in her music covering everyone from adult-contemporary to pop-music.

And that’s never a bad problem to have!  No one ever says, ‘oh no…my music appeals to soooooo many people out there, it’s just tragic’ or any other variation of the sentiment.  The way that the second tune “Slow Burn” would just as easily appeal to the pop, acoustic & rock crowds – it would seem as if Katrina is a chameleon of sorts…one that changes brightly into sounds that can see, feel & touch you.  After listening to the new EP in-full, there were times were I felt like I wanted each of these songs to display more of their dynamics inside of each song…Katrina’s written the kind of material whereby each track has its own mood, melody and atmosphere to it…where they play more like one big hook as opposed to defined verse/chorus moments that are clearly separated.  Instead, like on “Where This Began (Beautiful Mess)” or “Slow Burn” she transitions quickly and gently into the song’s next part with more of a sound you’re already loving; it’s a bit of a trade-off in a way, but it’s not like she’s making any mistakes.  On a short record like this where each song sits in the three-four minute mark in length, I’m cool with that.  To be fair to her as well and make sure the facts are clear – she has also written bridges and solos into the material…she IS writing different parts, they just happen to flow together in extremely inviting and logical ways that make complete sense; it all might feel like one moment in time, but there are several.

Great punch to the drums on “Break The News” – they’re making themselves pretty busy on what sounds like it would call for a more tenderized drum-line, but in my opinion the extra hits count for a lot of the energy you’ll find on the EP’s middle-cut.  Brad Robinson is a savage beast back there on the kit…and save for the small breakdown mid-song, he’s right into this track at every turn.  Good ideas on guitars, the melody is in place firmly and Katrina sings with beautiful confidence once again; in a way it might be slightly more aggressive than her other material on Where This Began – but I think the added intensity pays off for her well here.  “Break The News” comes out with a bit more of that definition from part-to-part that I felt was missing a bit from the first two tracks…and as a result, I think we respond to both the verse, chorus and instrumentation with more attention to it all as the song plays.  Detailing the aftermath of heartbreak and the empowered state of mind that can follow such an event – she’s lyrically put out a ton of emotion and thought into the words of “Break The News” and I loved that.

“Can’t Take Your Word” has a solid performance that really shows the range of Katrina’s vocals with stunning results.  Much like the Wild Strawberries – I like that Katrina’s music can also display variation, versatility and range as well…could be easy-going sounds, could be acoustic-based rock…you never really know what’s coming from track-to-track and I like that in a record, artist & band…I think surprise like that plays a large role in entertainment in music.  The bridge of “Can’t Take Your Word” just prior to the two-minute mark was my favorite one on the EP and I absolutely love the way this song sounded on its way back to the chorus as it built up.  Great writing shines through once again, contained to the atmosphere of “Can’t Take Your Word” – she’s got herself another solid idea executed brilliantly by the stunning supporting players on the record and delivered her best once again.

Though I’ll say this…sometimes reading the lyrics and realizing how loose some of the verse structures truly are – it absolutely seems like Katrina could find a way into 16-bars of any song.  There are of course, advantages and disadvantages that come along with such an ability; the bright-side being that you can work with, collaborate and exist on all kinds of music, genres, styles and sounds – the downside being that everything comes out sounding so identifiable and signature to the sound of those vocals that without more hefty definition to each and every part – they sound somewhat interchangeable through their approach…you know, if that makes any sense.  “City Lights” is a great example of what I mean though – Katrina sounds amazing, sounds full of bright-tone and awesomeness…but at the same time, it’s not like she’s gone out to make music that’s easy to sing along with.  There’s nothing wrong with that…heck – she’s the singer, not all of us!  It does however speak to the accessibility in the writing and the hooks you’ll hear though…again, you might groove to an entire rhythm or song you’ll find on Charles’ EP…but it’s tough to say whether or not she’s given you the identifiable hooks that tend to pull people back to listen again and again to any one individual song.

Best advice I can give you in listening to Katrina Charles here is to sit back, enjoy yourself and let the music play…don’t choose songs, choose the full-record…you’ll find that these ideas continue to gain strength and stamina with each rotation.  I started to listen to it as if it was one big song…and that seemed to almost work a little bit better for me personally…because over the five-song EP she’s written here, I think this is a really cohesive set of ideas that all work really well together.  As a set I feel like they stand-out with defined strength…as individual songs I think it’s tougher to establish what the impact could be – but if Katrina gets you to have a listen to the full length of the EP…I’m pretty sure you’ll dig it!

Find more music from Katrina Charles at her page at Bandcamp:  https://katrinacharles.bandcamp.com/