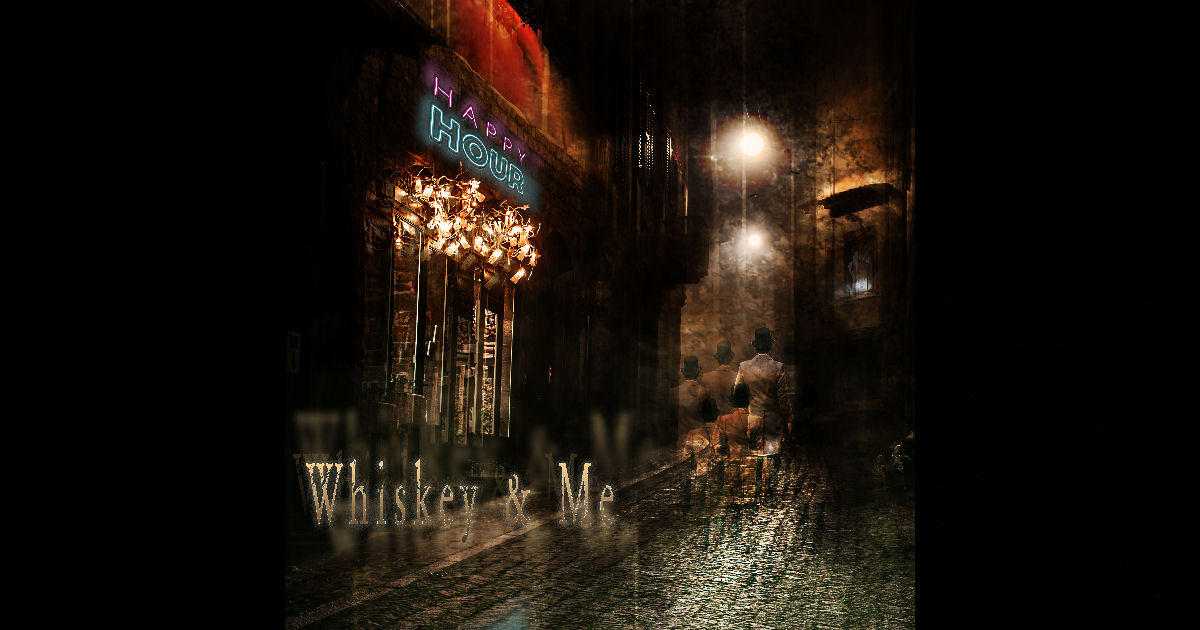 Essentially what it boils down to, for me, is that if you’ve got a bone in your body that connects to great songwriting, you should have zero problem in giving Hailey the green light & musical medal he deserves.

There’s a storyteller here…a songwriter’s songwriter…the kind of artist that knows how to dig deep into his thoughts & feelings to reveal something genuine…not necessarily happy or sad, just 100% real – the kind of combination of honesty & raw emotion that I could only hope each & every one of you are always on the lookout for when it comes to the tunes from any band or artist you’re listening to.  It ain’t something that always flows through the speakers…it’s much more rare than that.  You’ll always have your old-moldies out there screaming about how ‘it used to be like that all the time’ – which is BS to begin with – but further proof of that being a falsehood is an artist like Jud Hailey existing today & fully proving that authenticity is indeed, alive & well.  This man can write & sing a song; that I can tell ya.

What I wouldn’t tell ya…is that this guy won’t have a battle ahead of him…that’s likely a reality here.  Short of Sia, it’s tough to get those ballads out there as singles right now…not impossible, but enough to always be discouraging if you’re not prepared & readying your mindset for the struggle to come.  Think of it this way…en masse, it’s just always tougher to get the people excited about a slow tune – which is exactly why I’m saying that you SHOULD be excited about great songwriting, however it may come to you.  Are you going to crank-up the song about loneliness & a potentially reckless love of alcohol as your anthem for the summer?  No!  But I’d imagine Jud already knows not to expect a result like that.  Raise a glass to those that ‘get it’ and don’t worry about the rest in my opinion – for while the mainstream has their whole own deal going on, there are millions found awaiting tunes like this all over the world online.

Dude’s got a really interesting story when it comes to his career in music and what’s brought him here to this new single “Whiskey & Me” today.  In many ways, like many of you, Jud connected to his passion early on in life as a young kid…and by the time he finished his first performance live in high-school, he knew being a musician was exactly what he wanted to be.  Oddly enough…the bio soon twists this Minneapolis-based artist to my own home-turf/the Canadiana-trivia-section-supreme shortly after that – he got a role in a reality show as a fan of the short-lived Cranbrook, British Columbia, Canada-based band Lillix (when they were on MTV down south in the US of course) – how rad is that?  I ain’t gonna lie – it’s been years since I’ve heard that name and I used to live in B.C.!  Fun fact for ya…I just looked Lillix up online and they’re apparently still out there pumping out tunes – who knew?  I love learning.

Anyhow.  Jud’s life-defining moment was not his role on an MTV show, I assure you.  It’s hella cool and a genuine piece of music-history in its own right, but he’s got a ton more to offer the music-scene than being relegated to any kind of background role.  “Whiskey & Me” is the kind of strong songwriting & performance combination that proves Jud Hailey was meant to be in the spotlight he’s been long after.  The sincerity & emotion in his new single is straight-up gripping…there are moments where the words he sings on “Whiskey & Me” become SO REAL that it’ll feel like Jud is tearing your heart right outta your chest – he’s grappling with an incredible struggle between holding on & letting go throughout this song and the way he both sings & plays it…I mean…we’re talking powerful & truly moving stuff here y’all.

Where I’m really impressed with Jud’s single, is completely in the connection he displays to the material he’s written here.  I love the piano & harmonica from Adam Daniel, I love the accenting guitars from Jeff King, and I absolutely love the way Hailey sings this song as well…all of these are extremely positive aspects of what you’ll hear in “Whiskey & Me” – but there was something that kept nagging me while I was researching Jud that told me there’s more at work here than your average songwriter…that there really is something special happening here.

It was in his bio, and it was in the song.  “Whiskey & Me” can be downright terrifyingly real as Jud pours himself into the endless depths of the bottle throughout the words of his new single, drowning himself in sorrows while serving us up a sweet mix of heartbreaking melody & spot-on musicianship.  That’s the song…in a nutshell I suppose.  When it came to the bio though…there was something in the attitude & spirit in his words that seemed to tell me, like, ‘Hey…you know what?  This guy’s livin’ a GREAT life!’  And I mean that, sincerely…there’s just something undeniably enthusiastic, aware, and invested in the way the way he comes across in his bio…that was when the light-bulb really started to brighten above my head.  That’s when it occurred to me that, ‘Hey – Jud’s actually got it completely together’ – he’s not actually THE guy drowning in bottle of “Whiskey & Me” – or if he was at one point, he’s certainly not anymore.  He might have tapped into a place where he used to be in life to relate this harrowing experience…that’s a possibility…but there’s also the possibility that the man is just an exceptional songwriter that knows how to get the best out of his music & ideas as well, which would be…I honestly can’t decide between equally-cool or even cooler, because of how genuinely authentic this all sounds.

Whether it’s fact or fiction…what’s always going to matter most, is that the moment feels entirely real – that our suspension of disbelief is never broken…Jud Hailey nails “Whiskey & Me” with such compelling raw wisdom straight from the bottle that it’s like you’re right there at last call with the man at the bar.  He’s a songwriter’s songwriter through & through, with the ability to write thought-provoking lyrics, music, and songs that pull at the heartstrings just as much as they reveal the impressive amount of passion, skill, and sincerity he has.  Jud should be proud of this effort…”Whiskey & Me” is extremely well written and performed with the kind of authenticity that’s bound to connect to the people out there.

Find out more about Jud Hailey at his official page at:  https://www.judhailey.com