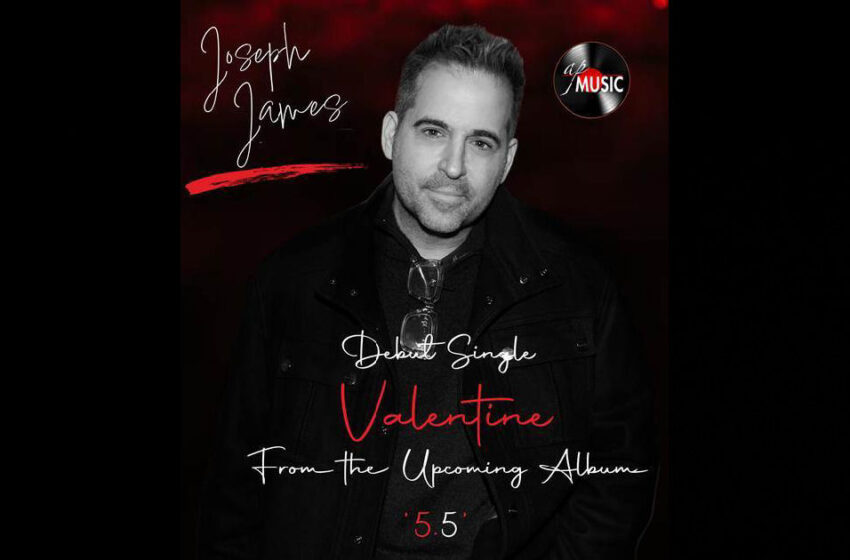 C’mon man.  I just got through the whole Christmas season, which technically lasts forever and a day because people can’t wait for Halloween to pass before they start pumpin’ out those seasonal specials, and then like, New Year’s Eve and Day were only like…what…still measurable in hours ago?  Now I’ve got Joseph James trying to speed up the calendar and keep another Hallmark event at the top of our playlists?  Eventually we’re all gonna have to rise up & mutiny on all these events, y’all know that right?

I swear we can all go a month without balloons, candles and/or cake, and we’ll be alright folks, promise.

So let’s see here…what do I wanna say…how do I wanna say it…I do not wanna go stompin’ on anyone’s butterflies here really.  “Valentine” is…a bit much, ain’t it Joseph?  I mean…don’t get me wrong, being on the sweet side of sound is never a bad place to be…but we’re very much reaching the land of syrup are we not here my friend?  It’s really hard to argue that James hasn’t gone fully overboard with this love-song when chances are, just by listening to it you’re gonna need a root canal from all the cavities.

Of course, that being said, if that’s what he was aiming for, then great job!  Dentists all over the nation will want a parade in your honor good sir!  They will tell the tales of your awesomeness to their grandchildren’s grandchildren…who have no doubt inherited a whole bunch of dough from the tooth fairy empire & such.  You know…because of all that sweetness I was talkin’ about.  Follow my metaphor!

Alright, alright…so…all (somewhat) kidding aside…the reality is, JJ’s done a great job with the material, and that’s really all you can ever ask for.  Whether or not it’s to your personal taste, or to mine, or to anyone else’s aside, all any artist or band can ever do is get on into the studio booth, give it everything they’ve got, and hope for the best after all is said & done.  I’m not hearing any weak points when it comes to the performance he puts in…he’s expressive, he’s got the emotional tone of the song locked down, and the melody has some undeniable hooks that are as memorable as they are single-worthy.  All that stuff checks out in the win column and there are many positive take-aways from a song that is as well assembled as this one is from start to finish in terms of production and performance.  Content-wise, I think Joseph’s probably got a bit more convincing to do there…some folks will dig what he does for sure, and there are many people that love a good love-song, as they should.  Is he sincere enough?  Does he mean what he’s singing about – or does he just have a well-written song that could very much double as a Hallmark card if it was written out on paper instead?  That’s gonna be the main question that can only be answered over time & the feedback from a whole bunch of listeners out there.  Sometimes it doesn’t even matter y’all…on a technical front, when you sound as good as James does, listeners will accept a whole lot…and not every song you’ll ever hear has to be based in some sort of non-fiction to be successful, trust me on that.  I ain’t even saying that’s the case here with “Valentine” – maybe it’s real, maybe it’s not, maybe it’s Maybelline – honestly, I do not know.  My gut tells me it’s a bit over the top in that like…Bon Jovi-esque type of love-song/ballad…which again, don’t get it twisted – many people LOVE that stuff, and if that’s YOU, then GREAT…turn it on UP – no judgments here.  We all like what we like.  It might not be the sound/style I’m most partial to myself, but if you were to ask Mr. Jovi’s bank account whether or not people in this world love a great love song, I’m sure it would scream a resounding YES.  It really just depends on what you’re going for, and what kind of artist you’re looking to become.  I’m not saying that “Valentine” doesn’t have real emotions, I’m not saying that it doesn’t have fairly plastic ones either – what I am saying is, James has some choices to make in his career about how it all comes across.  Because personally, I think whether something is factual or fictional, listeners simply want to believe that what they’re hearing is real at all times…and a really well-written, well-played song doesn’t always equate to that.  In the case of “Valentine,” there’s not at all that much, if anything, that you could possibly fault when it comes to what Joseph’s put into how he sings this, or how it’s written to be the textbook definition of a top-40 hit that you’ll hear on every talent show – there’s nothin’ wrong with going that route, and you can make a genuinely comfortable living out of it.  Like I was tellin’ ya, it just depends on the kind of artist you want to be is all…Joseph’s got a lot of talent, and clearly a lot of heart to even consider making a song as sweet as “Valentine” is.  Time will tell what kind of artist he’ll go on to become overall…for now, he’s got a song truly designed for the most ardently sweet-toothed among us.

Find out more about Joseph James from his official page at Instagram:  https://www.instagram.com/josephjamesnyc