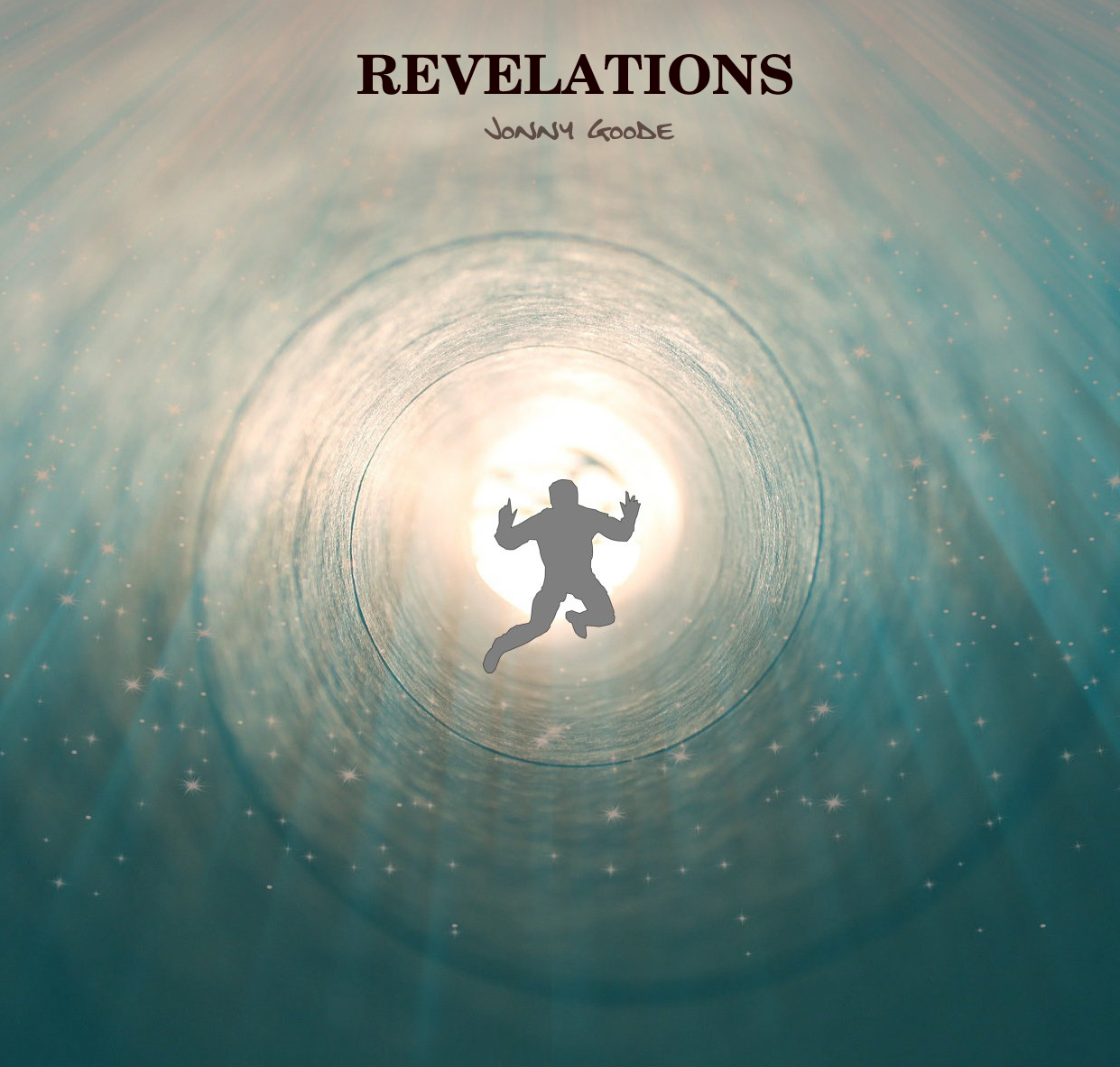 Excellent! I’ve always identified with the way Jonny Goode approaches music and melody…been a solid fan since reviewing his album Snakes & Ladders about a year ago here at the homepage. There was an instant bond & kindred-spirit, whole musical-brotherhood thing going-on. Jonny tends to pick out the beauty in the subtle and deliver truly spectacular, gentle melodies that satisfy the ears and the heart. Smartly…on Revelations, he’s certainly written towards his strengths in song-writing – and overall the entire EP is an absolute treat to listen to.

Beginning with “Climb” – Jonny gives himself plenty of room with a laidback guitar-melody and his voice opening up the Revelations EP. Cleverly mixing in the beat slowly and bringing in an amped-up melody that includes versatile synth-sounds to help fill in the sound in the chorus as it bursts the song open – the switching between these two main-parts works incredibly well. Right around that two-minute mark though…that’s the honey-pot right there…that’s the audio-gold…the moment you’ve been waiting for. Goode switches the way the latter half of “Climb” plays out from there on with an added line of vocal-melody put into the chorus that is so amazingly KEY to the magic in this song that words simply can’t describe it well enough. Those moments are the ones I live, breathe & exist to uncover; everything about the opening of Revelations soars with melodic brilliance straight-away with “Climb” becoming a perfect tune to start it all off with its gradual-build & spectacular finish.

The pop-like tendencies and indie-melodies all stemming from the writing-instincts of Goode will no doubt remind you of several famous artists & bands but no one single-band or artist in particular. Rather as you can tell from “Climb” and the contrasting slow-burning, rhythmic “Higher Than This” already hint at sounds that are comforting, familiar…and quite often stunningly beautiful. As to who he’ll remind you of…there could be lots – I hear things like The Head And The Heart, Collective Soul, Violent Femmes, Owl City, Dave Matthews, Matthew Sweet, Gavin Rossdale…I’m sure the list could go on and on – but the resulting combinations and blends are always ALL GOODE. “Higher Than This” is another shining example of Goode’s ability to take his existing ideas and expand them; much like in the sense that the opening-tune “Climb” found a way to do the same. And of course – with the same spectacular results. John Mayer put down his guitar for a moment when he heard “Higher Than This,” wishing he could have somehow written this song. Okokok…chances are he would have put the guitar down to grab onto some more T&A…but I’m pretty damn positive if he ever heard “Higher Than This” he’d be seriously jealous. Maybe envious is a better word…can’t imagine he’d want to tackle it after Goode’s performance. The guy is firing on all-cylinders on the Revelations EP with a tremendous amount of versatility throughout these five tunes – his writing and execution are at the highest levels I’ve personally heard or experienced from Goode – I’m truly loving what he’s come up with here.

In an ironic-twist however…I did find “Brighter” to have the ‘darkest’ mix on the music of the five by comparison. Let me explain just how phenomenal it IS to pick up on that though…because there’s nothing about “Brighter” that really couldn’t experience the same success as any of these other tunes…we’re talking about a mere FRACTION on a person’s happiness-meter. “Brighter” is a great song…the only thing that it’s missing by comparison…is that moment. You know…the one I was mentioning in “Climb,” or the one you discovered in “Higher Than This” – those ones; as it stands…”Brighter” is the most balanced in the sense that it never goes too far in any one direction. Keeping the listening-experience a smooth one – “Brighter” would be a top-three tune on most anyone’s record…most anyone maybe, save for Jonny Goode himself who happened to out-write it four-times over on the Revelations EP.

For example…that moment in the following-tune, “Tell It From The Heart” comes directly in the midst of its chorus…and MAN is this one right where it needs to be once again! The powerful emotion in Goode’s voice is a sound that resonates strongly inside you as he sings the chorus. To be truthful…the uplifting/charming nature of “Tell It From The Heart” might be something I’d normally try harder to resist…he’s in some real pop-territory here but he’s also found some truly innovative ways to make it stay much more interesting and diverse than you might originally give it credit for during the first verse. “Tell It From The Heart” is actually one of the most variable-tunes on the EP in the sense of its composition and structure – if it was only pop-music, we’d have heard a verse/chorus/verse and been out the door already – but Goode has given us much, much more to work with. Almost closer to a light-funk…or even an island/reggae-vibe…love the way the drums roll along into this song – I mean…jeeez! That just sounds completely FUN to play! “Tell It From The Heart” smartly weaves from its more fun-loving verse to a more emotionally-powerful chorus, wherein that true magic resides for Jonny. All these parts have merit and they’re all executed with precision, confidence and stunning clarity; by the end it’ll have your head spinning when you examine truly just how much has gone into making, creating and recording a song like this.

Goode’s lyrics have fit the music exceptionally-well on the Revelations EP, but perhaps the best example of that comes at the very end with “Silence Is Deafening.” He’s dealt with faith, love, questions and emotions, plus so much more throughout this record…”Silence Is Deafening” is a tune that really gets the most out of Goode’s sentiment. Uplifting and inspiring through both the words and the steady-building rhythm…the guitars, drums, synth, piano…backup vocals…they all play a massive role in making this song as stunning as it becomes. Kind of has a Radiohead-ish thing going on with the beat/atmosphere in the verse…the chorus heads to a lighter-sound & set of ideas and by the end the power of “Silence Is Deafening” and its expanded-brightness has taken you on a fully-realized & gorgeous set of intentions in song. A fantastic ending to a massively-tight set of five new tunes and an extremely enjoyable experience listening to Revelations…he should be mighty proud of this achievement – the writing & performances are spectacularly & superbly executed.

Find out more about Jonny Goode at his official page: http://www.jonnygoode.com/