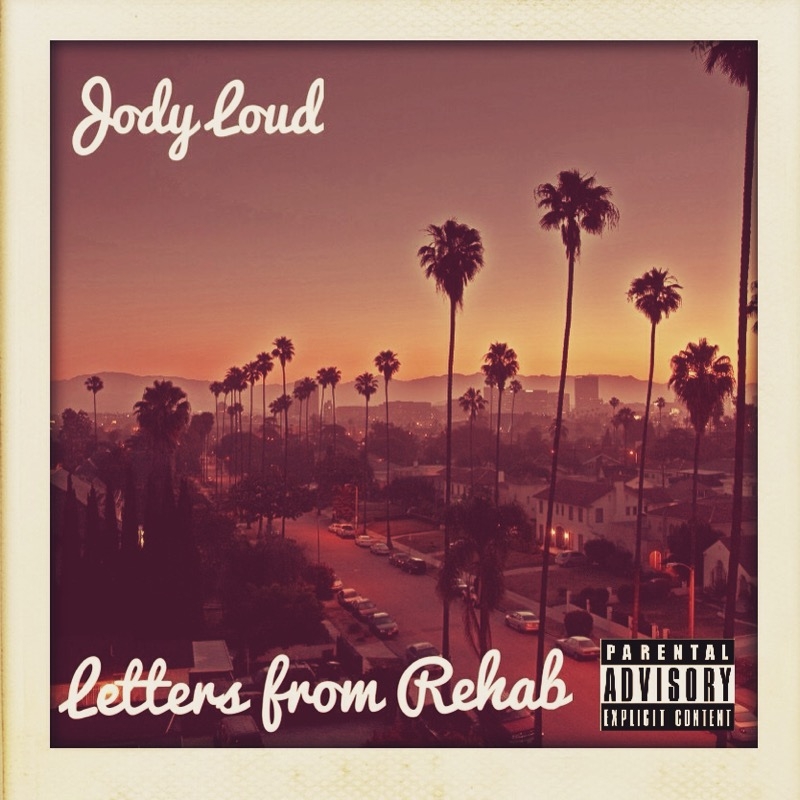 As much as it can sometimes jerk the impulse of ego to be offended that everyone on the internet throughout the globe yet, I also can’t help but appreciate it big-time when an artist or a band comes at us looking for the ‘honest’ review…the ‘real-deal.’ Immediately I find myself wishing that they’d have checked out the site already as I feel these reviews do speak for themselves and provide my honest opinion 100% of the time. The misperception always being that I like everything – which my regular followers know I don’t – but the reality will always be that I believe there IS something to like in everything…and I can’t imagine living my life with any other mindset.

Anyhow…in briefly talking with Jody Loud, it got me thinking about our need or desire for confirmation in our talents and how it all truly does need to come from an outside source. Thankfully I’ve always got my wife to do that for me…I know that’s an ‘inside’ source…she’s in my camp; but the reality is she likes about one out of a hundred songs I write in any given year. As a measurement of the truth…she’s always been there for me and I can’t thank her enough for that. Were it the other way around, and she liked everything I did…I absolutely would question the validity of her comments.

So do I think Jody Loud is nuts to be looking for an honest opinion of his music and talent that comes from outside his inner-circle? Of course not – it completely makes sense to me…and I’m going to do my best to do that for what appears to be the…449th time (to be completely exact) and see if I can muster up one more set of words that reflect how I truly feel about the music as I review the new EP, Letters From Rehab from Jody Loud…turn it up, let’s do this…

When “Fighter Jet Flow” starts up…there’s a couple ways you can look at it all really…and this opening tune will largely set the pace for the style & sound you’ll hear on the Letters From Rehab EP. On one hand, you’ve got a sound that’s largely based in old-school flow against more modern-day style in the music…Jody Loud isn’t re-inventing the wheel here on his EP, and if that’s his goal then certainly there’s work to be done still in terms of sheer innovation and what can be brought to the rap-game. But as we all know – that’s not always the goal; sometimes we just want to do what we can, and do it well. When looking at it from that angle, “Fighter Jet Flow” has a big, low-end driven beat with a precision-flow over-top the music…it works, but maybe it could have been bigger…let me explain.

I’ve mentioned many-a-time here on these pages that one of the best ways to make the music as big as it’s supposed to be is to sink those vocals a little more into the mix. I’d venture a guess that Jody Loud is doing this DIY…hence there is NO ONE around to tell him it’s alright to turn himself down a little…that we’re still going to be able to hear him with no problem at all…he’s precise, he’s clear…it really would make “Fighter Jet Flow” pop just that 10% more that it should. You can hear the difference it makes as “What Do You Love” starts out…he’s set back in the music just a tiny bit more but it makes all the difference in the world as the music on this cut, which is an excellent beat to rhyme to, stands out and shines much brighter…in its own dark-melodic way. The metering on “What Do You Love” is solid…the energy is there…lyrically…there’s some stuff that I like, some that I’m a little indifferent on throughout the EP but I think that they work really well on this track and really display the best of what JL is capable of on the microphone and as an emcee.

“The Push Thru” is where things get a little tougher. In the middle of this EP, Jody Loud brings up the vocals a little too upfront in the mix on “The Push Thru” which also reveals the audible-focus of this rap-artist as he rips through the lyrics. As a writer…I can certainly appreciate the time it takes to get the metering and beat as correct as they are – as a listener I can hear the struggle to get in all of these words…the battle for breath and space. The degree of difficulty in the flow of this track is certainly recognizable and sizable, believe me…Jody has pushed himself to challenge his skills on this cut. Again – there’s two ways you can look at it: One has you wanting to shake this man’s hand and get him a complimentary oxygen-tank to say thank-you and tremendous job on actually surviving the impossible task of getting all the words out and still having any air in his lungs – and the other side of that coin is that he’s so focused on the wordage that the overall performance dips in the emotion & energy. He makes it through, which is seriously an accomplishment in this song…but that energy has GOT to stay up player!

And once again, there’s a better example to come in the track to follow with “The Fix.” Still a little bit too high above the music; this is one song that would have definitely benefitted from sinking in Jody’s vocals just a little bit more. Great energy, vibe, beat and lyrics on this cut…the chorus is completely full of hooks, humour and all-around awesomeness. Throughout the EP, Jody’s somewhat monotone vocals can kind of overload you a little, just the way that the old-schooler’s would do if they stretched out an album too long…you’d start to realize that many of the flows were mapped out in a similar style, delivery and tone. Smart of Jody to mix it up and really go after something a little left of his center on “The Fix;” there’s melody, exceptionally defined & well-written parts and the energy & passion on the mic make an impact as Loud weaves through this clever cut.

I dig the loose & light feel of the final track of “Dinner With A Supermodel.” Had it come before “The Fix” I might have felt that similarity in the flows and tones come through and start to wear on me a little – but again, Jody has played it smart by separating it with the more innovative efforts of “The Fix” to allow “Dinner With A Supermodel” to bring it all back to where he’s coming from. And it’s because of that separation that it feels more like a warm, welcome return to his style…somewhere in the middle of KRS-One and Biz Markie, that kind of sound if that gives you an idea. It’s quick but clear, which almost makes it feel and sound slower in a bizarre way…but the man has skills there’s no doubt. Creative beat driving “Dinner With A Supermodel,” great samples cut-in against a piano & kick-drum. In a fireworks display of what Loud is capable with a full-focus on his lyrics – this story he tells works from beginning to end and tells a complete story that’s tangible all the way through for those listening.

So Jody Loud…do you have talent…do you have a place within rap-music and any business making music whatsoever? Yes. Truthfully I think he’s only going to get better as he soldiers on forward creating new rhymes – he’s got those on-lock. As he continues to develop, refine his talents…new rhythms will come to the flows and this dude is certain to find new creative ways to drop the vocals into the mic and bring those new songs to a level where they’re both complete, and completely captivating. When the focus is applied, Loud shows the potential and promise of an entirely respectable emcee…it’ll be up to him as to whether or not he wants to simply make more rap & hip-hop music…or to truly embrace his talent, go after his career with full-force and find innovative ways to bring something entirely new to the genre. I’ve got no doubt that he’s capable…it’ll be interesting to watch him & keep listening to see how it all goes for Jody Loud in the years to come.