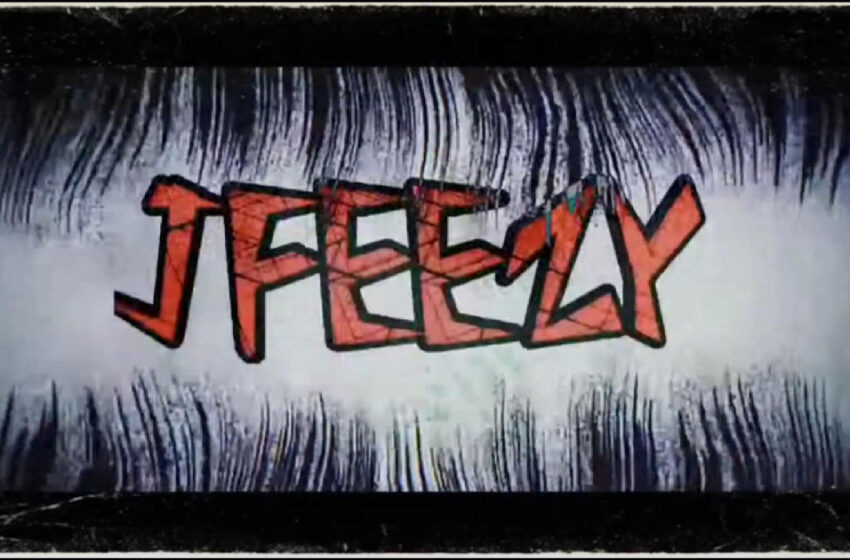 Above all things…I’ll say this – I really dig this guy’s visual style…JFeezy’s got some really clever stuff happening on that front that could potentially take the man pretty far into the game & get him that faithful following he’s seeking out & looking for.  Audibly…the current mix he’s workin’ with is pretty gritty…so in that sense, it all ends up being a well-suited match for what he’s been putting out there online to keep y’all entertained.  Lots of room for him to grow still too…but if you can show me an artist that’s been working harder than he has been over the past 10 months or more straight since he decided to go the pro route, believe me, you’d be finding one seriously rare individual and an authentic all-star.  The amount of cuts that JFeezy has put onto the net in under a year’s time is essentially staggering y’all.

I’ve got two of’em here in review for ya…one called “The Reason” and the other called “Devious” – they both ultimately give a good sample of what the man is capable of.  He’s off to a solid start with a relevant sound that works…but I can also see/hear multiple spots where he can sharpen up his game and take it to the next level as well.  It’s tough to get quality feedback and real honesty from anyone out there these days…especially when you’re starting out…usually you get people saying ‘nice song’ and that’s about as bold as they’re willing to be.  Not me though y’all & you know it – artists & bands keep on coming back to us here throughout the years because I call it like I hear it & I tell you how I really feel.  To me, there’s no better way I can serve the scene than to help the future big names of tomorrow get on their way & level up as quickly as I can…and if there’s a better way to go about that than genuine honesty, then go ahead & lemme know – I’m listening.  Until that time arrives, I’m gonna keep doin’ what I do…so let’s see if we can’t help assist JFeezy in reaching the goals & dreams he’s got in the works.

The first thing that hit me was, given that I’m watching these singles via videos on YouTube…the man needs some intro music – someone hook him up will ya?  You’ve really only got two options in today’s world…either keep those silent intros reallllllllllll short, or add just a hint of some kind of audible noise – it can be music, it can be talking, it can be ANYTHING.  Because I promise ya…if you’re rocking intros that are over five seconds long, and they’re silent…the people out there are thinking what they’re seeing or listening to is glitching out, and they’re moving on just as quickly – before they even reach the content.  Take it from a guy that has learned this the hard way yo…I used to put my videos out there the same way, and people just think you’ve completely forgotten to add the sound, so off they go quickly to click something else & you’ve lost’em before things have even started in many cases.  That’s my first piece of advice for the guy.  My second is that I understand the temptation to put out content…just keep your eye on the quality of both what we hear and what we see homie – like for example, on “The Reason,” the main hook is “You’re my reason for living” – which works audibly – but onscreen, you’re driving a guy like myself who has to type words out all day completely crazy by using “your” instead of “you’re.”  Obviously it doesn’t make a lick of difference to listening to the song, but in terms of keeping your eye on the prize and making sure each and every thing you do is tight, professional, and ready for that next level when opportunity meets potential – these things do actually matter.  We all miss things when we’re doing them quickly or all on our own…I’ve probably got a bunch of spelling mistakes in all the reviews I write too…and my idea of proper punctuation is weird as hell anyway…I suppose as long as you own it, that’s fine too.

When it comes to the content of the songs…I think there’s a dramatic difference between a cut like “The Reason” and “Devious” – and it’s the difference between what the average everyday listener can handle in terms of audio quality & what they won’t stick with.  “The Reason” has got a mix that the people can hang with, “Devious” comes across with a lot more tin in the sound, and it becomes a much taller ask of listening ears because what we hear is much harder to separate tonally.  Content-wise, I feel like JFeezy is on solid enough ground in either cut to build up his fan base and connect with the listeners out there – and from what I’ve gathered…a lot of what the guy does is straight-up free-style off the top of his dome.  I’ve got respect for that…that’s always a challenge, and for the most part JFeezy handles his business like a boss in that respect.  To a degree, he’s relying a lot on repetition and the actual fact that he knows we can’t quite hear every word as well…so with more clarity in the mix as he levels up, he’s gonna want to keep that in mind.  Some superhero from the MCU said it best I think…something like “with great clarity comes great responsibility” – and yes I know that’s not the real quote, but it IS the truth…the more we can hear, the more on-point you generally have to be in every moment – JFeezy’s gonna want to start preppin’ for those days earlier rather than later, you feel me?  On the bright side of things, “The Reason” has enough low-end in the mix to balance out the mix…combine that with stronger hooks and content…to me, there’s no question that it’s got the edge & just about every advantage over a track like “Devious,” which very well MIGHT be great too, but sounds like it’s been recorded over the phone…and that ain’t gonna cut it when you’re trying to break into the game.  I’m strange though…and I ain’t gonna lie to ya…for me, it was still interesting to see the sound of a track like “Devious” interact with the visuals we see onscreen in the video – but I’m not here to share my own perspective so much as I am to communicate the general consensus on how the rest of the world tends to listen to music.

My main advice to JFeezy is simple…slow it all down my brother.  I understand the pressure to constantly create content in this world…but there’s ultimately no one out there you need to make sure is satisfied other than yourself…and it’s by doing that, that you stand the best chance of securing fame, fortune, a loyal fan-base, or whatever else it might be that you define success as.  He’s got the right strategy in so many ways…his visual content is strong, his ideas have merit, he’s got skills – and he’s proven all that within a really short timeframe.  Now it’s all about thinking forward about that next big move, and preparing to level-up once again…it’s gonna take a whole lot of work, but that’s what any kind of passion deserves anyhow.  JFeezy clearly has tons of passion, so we have to believe he’ll get to where he wants to go with his music & career…this is where it starts, but it’s far from where it all ends.

Find out more about JFeezy from his official website at:  https://unitedmasters.com/a/jfeezy83