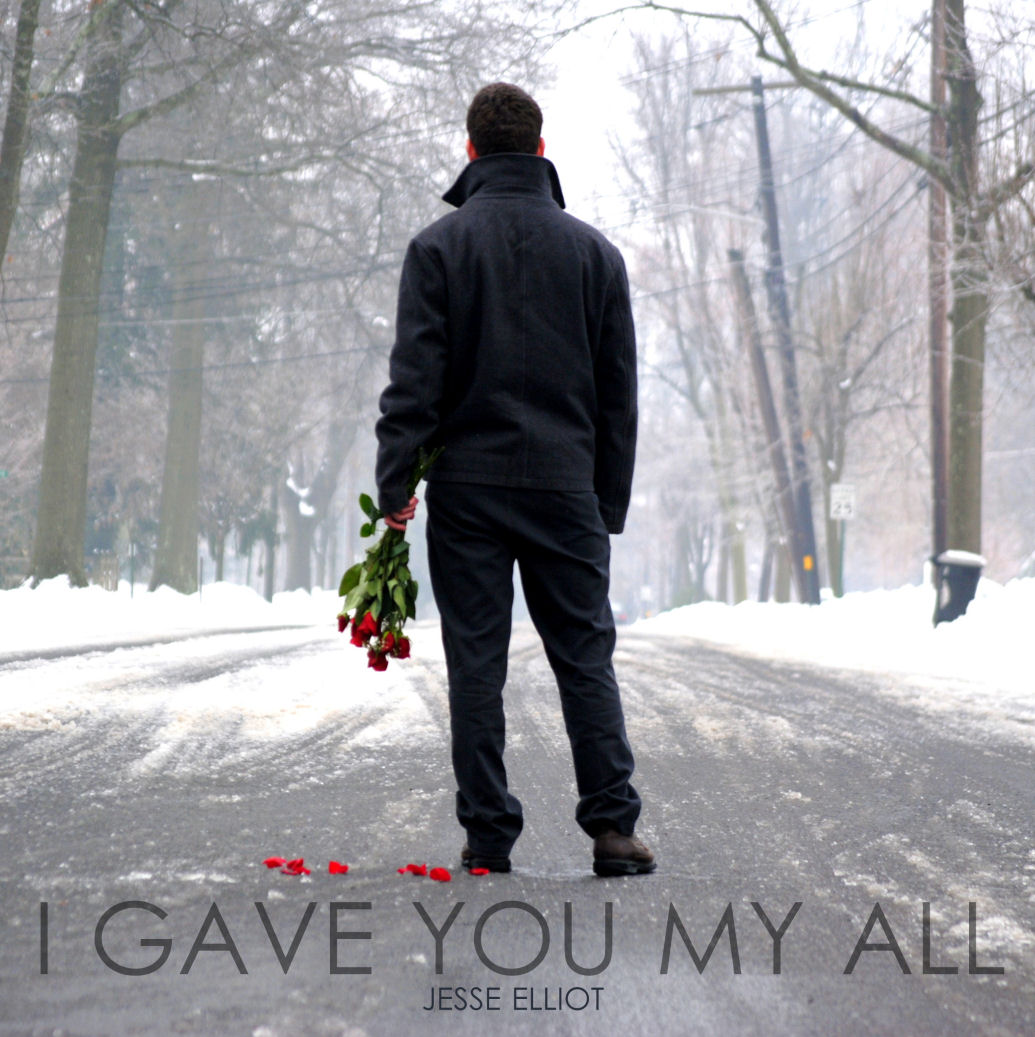 Jesse Elliot – I Gave You My All – Album Review

The first thing that might strike you from the opening tones of I Gave You My All, is that once “Oh, Oh, Oh!” begins you might wonder about from where exactly in the 70’s did they unearth Jesse Elliot? Clearly raised on the sound of classic-rock and at the perfect time in today’s music where this sound is making a relevant comeback – Jesse Elliot should fit right in there with his eclectic style and warm, familiar tones & tunes.

“Oh, Oh, Oh!,” and all vocal directions aside, is nearly Led Zeppelin in its classic-riff and big drums. That’s not to say the post-hippie vibe isn’t all over the vocals, Elliot lets it loose, sometimes on, sometimes off, but always in the groove so it’s completely easy to go with it. There’s a freedom-feeling throughout this opening track and it sets an energetic & positive tone for the beginning of I Gave You My All.

On “I Don’t Need A Reason,” I realized pretty quickly that you’ll either identify with Jesse Elliot’s voice & vocals, or you just won’t. It’s an immediate slam on the brakes compared to the energy of “Oh, Oh, Oh!” as Jesse transforms to something akin to a ballad from the Rolling Stones. I don’t necessarily think that Jesse is singing without confidence here, but sometimes those low-energy slow songs can take the most to get the clearest tones and notes in the vocals. In effort to match the energy, he’s slowed himself right down and put the drawl needed to combine well with this waltz. 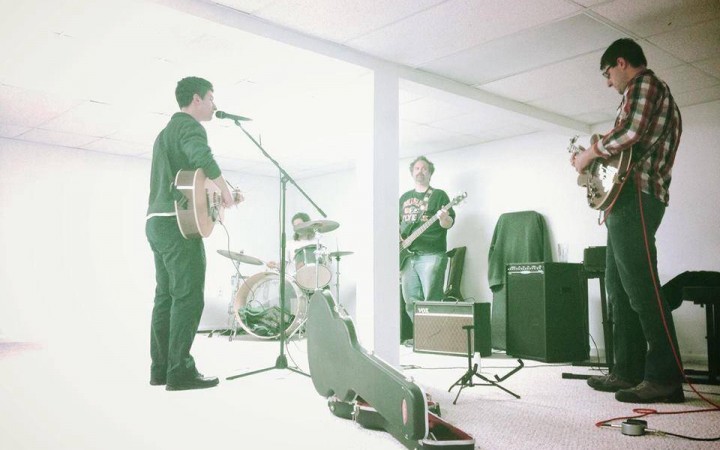 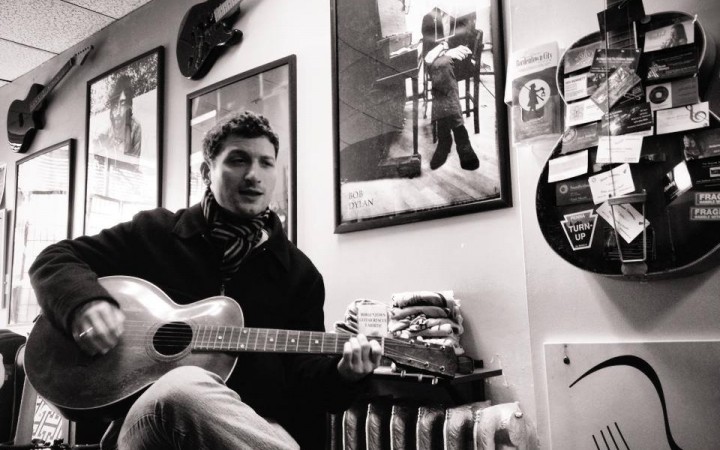 He carries on into “I Gave You My All,” a sweetly-written & forlorn love-song with an alt/country sound that works pretty well for Elliot. Similar to the nostalgic-style of Cracker, it has that slight Americana twist that makes it really plod along at a comfortable pace. The performance is clear & confident; Elliot continues to get stronger as he settles into this tune. Great piano work and guitars throughout and so far, the standout tune of the album has turned out to be its title-track.

I don’t even know what I’d call “Gotta Get Over It,” but I think I’m lovin’ it. It’s a great mix of rock, pop, psychedelic and that alt/country sound that’s become a staple of Elliot’s style. This track could almost just as easily be classified as punk/folk; but whatever you want to call it – Jesse’s great on this tune and has come up with a really inventive & catchy tune here. He writes from a clever perspective – check out “I Only Have These Chords,” is a tongue-in-cheek wry humour that you can’t help but appreciate. Droning out an obvious melody overtop of a verse that would be child’s play to Elliot, he switches to an absolutely beautiful chorus. The lyrics are perfect and the song itself becomes like a mixture of Tom Petty & Weezer music all blended together in a sweet harmony.

With “Can’t Live Without Her,” I started to realize, that maybe it’s just me…but Elliot’s voice and song-writing become both stronger and more addictive as this album runs along. Sometimes the ear just needs to tune-in to what an idea or a sound is really trying to accomplish, and by the time you reach “Can’t Live Without Her,” Jesse’s in full gear singing with confidence and melody. It’ll always have that indie feel to it…there’s not too much traditional or typical about his vocals, but in writing smart verses, choruses and songs he’s managed to make everything work together really well with his own natural sound.

As much as I dig the music of “Really Good To Be Alone,” and really dig the way that Jesse lets himself completely out of the box on this one and into new rock territory for his vocals…I can’t help but think that he’s let off the gas on his lyrics here. One display of the terribly obvious in “I Only Have These Chords,” was cool because it had the ability to make fun of itself and we’re all in on the joke. What worries me is that these is no joke in the lyrical content of “Really Good To Be Alone” – I think that Elliot has put a lot more work into the lyrics previously and the words on this one feel a bit more rushed than the rest by comparison. 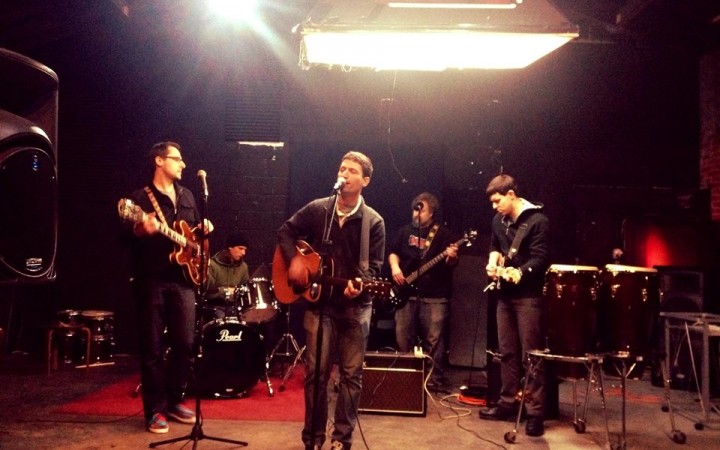 And I think that’s a fair comment when drifting into the hazy melody of “She’s All I’m Thinking Of,” as Jesse heads right back to being the complete package here in this sullen tune. It’s emotional, raw, real…it’s a very quaint, subtle and sweet little tune. Complete with I think some pedal-steel happening in the background to compliment this song. You could possibly argue the metering a little bit throughout the verse, but I personally dig the way that Elliot trips through these words to get them out the way that they have.

“Trying To Forgive You,” borrows a sound further back than the 70’s as it stretches into the simple & sweet sounds of the 50’s & 60’s with a hint of showmanship and rock. Smartly written once again; Jesse’s found a loose melody that works really well for his style here. With a lot of parts, the guitars and drums work perfectly together switching through the stripped down chorus, the build-up of the bridge and into a much bigger and brighter chorus that leans towards the edgy side of pop/rock. It sounds like a great song to play live with its breakdowns and massive-anthem style chorus.

Ending I Gave You My All on “With That (I Love You)” Jesse Elliot’s loose-jangle should have grown on you by this point, making the end of this album as sweet as its intention. Inarguably ending this album on the sweetest of notes, this makes for a memorable ending. Love the guitar break just after the two minute mark; it’s simple but very effective. Jesse sounds tiny…almost minimal in this song and fading further towards the back as his vocals come to an end on the album. He’s done well here for sure and made a cohesive album that definitely identifies his sound and style unmistakably with songs that display raw emotion and a real passion for making music from the heart.

Find out more from his official page at http://www.jesseelliot.com 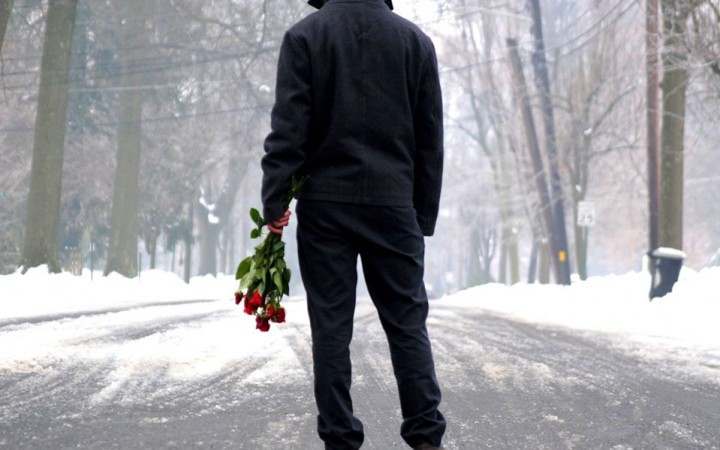 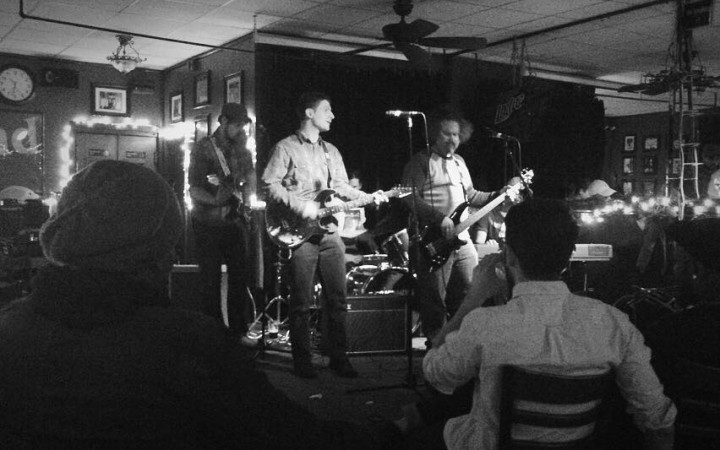 Tags: Album I Gave You My All Jesse Elliot sleepingbagstudios