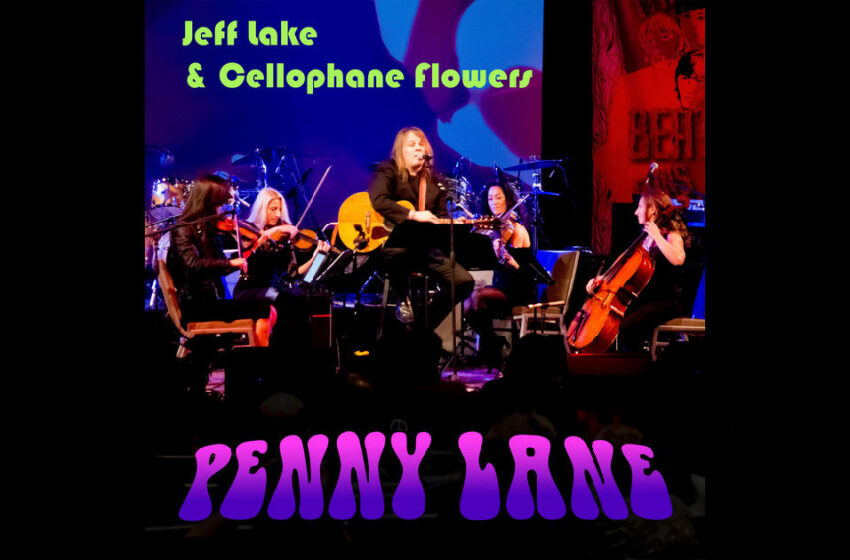 Like just about every musically-inclined childhood on this planet of ours, I was raised with a ton of The Beatles flowing throughout the household.  Being born in the 80s and growing up in the Grunge era of the 90s…it’s fair to say they weren’t ALWAYS welcomed as I grew out of being a punk kid with a little bit of decent taste in music into a know-it-all critic that thinks he knows everything now…or pretty close to.  It went in stages.  As a young kid it was fine…lets be real here, for the most part, back in the days of radio being the dominant listening-source, you’d hear the up-tempo & happy tunes by The Beatles – all songs of which are pretty hard to object to as a child that’s just looking for some good times & sunshine.  As a teenager in the Grunge years, of course they became “old people music” for a while…probably longer than I should fully admit to, but that was definitely the case.  Honestly, I think it was just a matter of being guilty by association; The Beatles have really always been fine with me, even back then, but given the fact that they were being played with such ancient tunes on whatever scratchy AM radio station my mother used to listen to music on, they got lumped in with the rest.  It took years for them to break through to me in that truly magical, intangible, and permanent way – it really wasn’t until years later when I had moved out into my own place…but now that they weren’t being thrust upon me daily without me getting a say in the matter, I got to choose when I wanted to listen to The Beatles, and that instantly made all the difference in the world.  Then it was Sgt. Pepper time, and a whole lot of it, finally.

There was a tiny crack in the Grunge years before that made a huge difference in my eventual craving for The Beatles – not just The Beatles I was hearing on the radio, but The Beatles I didn’t even really know existed…aka, the mind-blowing stuff that you can really only access by listening to the full albums.  It was a song, played by a little-known Canadian band at the time that were just breaking out, named Our Lady Peace…and they somehow made their way onto this massive US-based movie soundtrack for some film called The Craft starring Neve Campbell, who was also a thing at the time kiddos.  Go ahead and Google it – I swear, it was all real.  Anyhow – being a die-hard Our Lady Peace fan at the time, I did the best I could to get into their version of a song by The Beatles called “Tomorrow Never Knows” – and eventually, I managed.  It is not half as cool as what Jeff Lake & Cellophane Flowers have created here now in looking back at it & listening to it while I was typing this review up…but it was still an important introduction made to the whole other-side of The Beatles sound that I didn’t have a single clue about.

Clearly, Jeff Lake and Cellophane Flowers do not need the education I did to know about The Beatles – they’ve got a full album called Penny Lane that is stocked full of tunes from the fab four’s catalog.  I even loved just looking over the set list…it’s the kind of list that’ll confirm this collaboration has a strong grip on both the main gears of The Beatles, from the straightforward Pop songs, to the colorfully Psychedelic – the diverse list of what they’re rockin’ on Penny Lane is truly impressive and visually shows you the respect they have for the entire catalog long before you even have a chance to push play.  This mashup of “Within You Without You” and “Tomorrow Never Knows” absolutely holds up with serious strength.  From the perfection of the beat – a beat that’ll both prove to ya that even Electro-acts like The Chemical Brothers would eventually borrow from The Beatles as well on a mega-hit like “Let Forever Be” – to the absolutely mesmerizing violin of Susan Aquila, and Jeff’s flawless vocals soaring into this sonic tapestry – I’m not hearing a single thing I’d change or even dare to suggest – they’ve completely nailed this, 100%.  Oddly enough, Lake sounds like a verifiable Gallagher brother himself at times…small world, ain’t it y’all?

I suppose this whole review has been my roundabout way of saying things all lead back to The Beatles – because the facts are, things in music almost always do.  If there’s about six degrees of separation between us all, there’s less than one when it comes to any of our connections to their legendary tunes.  I really dig it when artists like Susan and Jeff branch out and take on a project & task like this – there’s real artistic merit here in the pursuit itself, and certainly within the results you’ll hear as well.  I cannot say enough amazing things about Aquila’s violin work – she’s absolutely stunning, and the way she raises the intensity of the atmosphere on “Within You Without You” / “Tomorrow Never Knows” is essential.  There are more fantastic players involved as well from what I understand – and they ALL jam at max potential with undeniable passion for their craft.  As far as I know, the 2020 record Penny Lane is their only album to-date so far as a collaboration…but everything I’m hearing on this one mashup alone suggests this is definitely a project that should definitely continue – both Jeff and Susan are remarkable on this mashup and give this psychedelically-tinged vibe a classic grace & real beauty that’s beyond compare to any other version you might already know.  I think it’s outright fascinating if you ask me…they’ve gotten every ounce out of the melody, and the radiant strengths happening between the instrumentation & vocals is straight-up immaculate to experience.  I have a hard time not saying the violin steals the show here…it’s pretty close to being the case if it’s not completely so – there’s such incredible character & charisma goin’ on with Aquila & her remarkable technique…but I will admit, the on-point way every morsel of sound this track has to offer is executed makes it extremely hard to choose any one singular aspect as the ultimate favorite element of this mashup overall.  They’ve put their hearts & souls into playing this material, because it genuinely matters to them – they clearly respect the music SO MUCH, that any set of ears could hear the authentic care they’ve put into ensuring they’ve got their very best into this recording, like the professionals they are.  Big thumbs up to this collaboration, and to this single from the Penny Lane record – “Within You Without You” / “Tomorrow Never Knows” offers an exquisite spin on two classics from The Beatles in one sonically stellar dose – you couldn’t have asked any more of Jeff Lake and Cellophane Flowers here; their passion is audible, their musicianship is impeccable, their sound is addictive…this cover mashup beams with pure artistry.