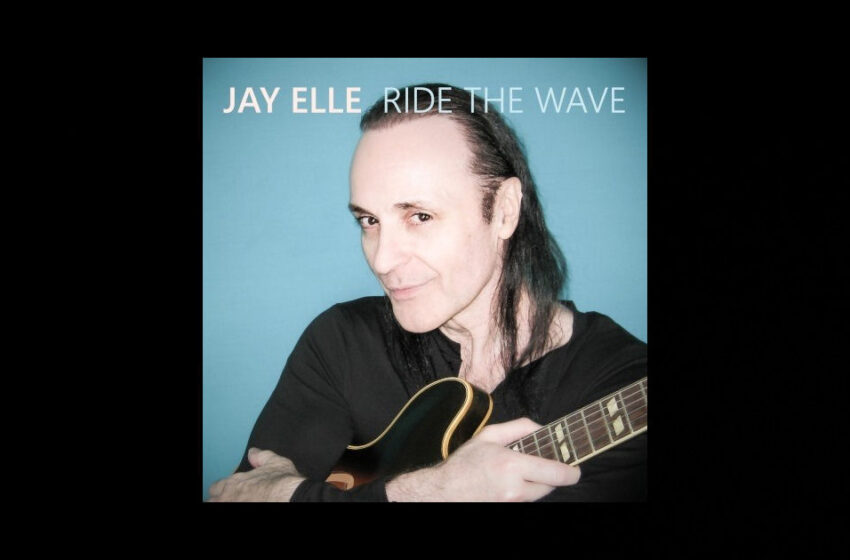 It’s probably having been born in the 80s and growing up Grunge in the 90s that gave me a healthy skepticism about anything I’d read about music before pushing play.  I watched the world move from slick & catchy, ready-to-consume and buy-buy-buy (!) culture within the industry, to finding a way back to something that was much more raw, real, honest, and direct over the years that would eventually follow.  The questioning became a natural part of my persona as time marched on…I kept that with me, 100% – you gotta understand, I was one of those guys that wouldn’t bat an eye spending $34.99 on an imported CD with thirteen songs on it…and if you’re doing the math, that’s a heck of a lot more than the ninety-nine cents so typically sought out in return for the efforts of artists & bands for their music today.  The point is…I’m battle-tested and READY for the marketing team these days, armed with a bit more insight and wisdom than I had as a kid – I know that every record needs to be sold as something special.

That being said…it’s a freakin’ delightful surprise when I feel like all the praise I read about is actually justified.  I was checking out Jay Elle’s latest record called Ride The Wave – and believe me when I tell ya, it seems like everyone & their dog has already had a chance to not only play this record, but declare it to be all-kinds-of-awesome…so naturally, those Grunge hairs on the back of my neck began to stand on end in defiance, and I braced myself to potentially find the opposite of everything I was being sold.  And that never actually ended up happening at all!  In fact, I’d be inclined to say I agree with just about everything I’ve read, if not the whole shebang – Jay Elle really knows what he’s doing, and I’m lovin’ it.  Aside from what’s probably a bit of a skewed perspective on just how good actress Nina Dobrev really is based on the crush he’s got – other than that, I felt like all the information I read about him lined up.

I’ve got a track here called “Miss Mess” from Ride The Wave – and there’s probably a great argument to be made that it could very well go on to become one of the most addictive tunes you’ll end up with on your playlists this year.  These are the situations I tend to love the most out there in my own personal experiences with music – I’ve read SO MANY amazing things about Jay Elle at this point, that making any kind of positive impression at all should have been practically impossible afterwards…yet here we are, and he has indeed, not only made a significant impression with “Miss Mess” – but supplied a track that’s gonna hold up over time, no problemo.  Essentially, it put my mind at ease right away…the marketing team ain’t lyin’ to us this time around – Jay Elle really is THAT awesome, and this single proves it, 100%.  In terms of a gateway into a record, “Miss Mess” should be massively enticing for a whole lotta ears out there wondering what else they’d find on his full album – there’s nothing BUT single-worthy sound here.

All those critics out there heaping praise on this guy…they’re actually all correct as far as I can hear – and you know I’d be here instantly to tell ya otherwise if that wasn’t the case.  There’s something really special in the fluidity & flawlessness of “Miss Mess” – and it leads directly to the addictively catchy sound you’ll hearing beaming outta every pore of your speakers back atcha as you listen.  Whether it’s a matter of being as well-rehearsed & ready to roll as humanly possible, his natural gift for songwriting, or a healthy combination of both…the results speak for themselves, trust me – I don’t need to sell ya on how good Jay Elle is when every one of you out there listening would be able to hear it for yourselves.  The music he’s put together is straight-up perfection…audibly just about as enticing as the definition could possibly be – and somehow…SOMEHOW…I’d probably argue his vocals are even that much better.  You’ll hear what I mean when you have a listen for yourself…the music is obviously supremely important, but you could almost call this an odyssey into minimalism of sorts when it comes right down to it – yes a lot is involved in making this all as tight & perfect as it is, yes there’s still a decent amount of ingredients to be found in the pot here – but it’s also true that Elle’s vocals carry the majority of the weight when it comes to the melody at work on “Miss Mess.”  With an exceptional performance that reveals zero cracks in this guy’s armor – Jay glides with style on this single from Ride The Wave, adding in all the personality, sincerity, and genuine passion you wanna hear in every note, tone, and syllable.  As a result, you get a combination of spectacularly hypnotic, mesmerizing, and sweetly addictive sound, with a voice that’s brilliantly suited to get even more out of the potential in “Miss Mess” than you’d think might even exist or be possible, were you to look at the plans written out on paper before hearing it all.  I’ve got nothing but love for “Miss Mess” and what Jay’s put together here…there’s simply not a hair out of place or anything else you’d want to hear other than exactly what you’ll find – and the man should be exceptionally proud of just how much this song speaks on behalf of his stunning level of professionalism.

It’s catchy, it’s sleek, and it flows with such seamlessness that you can’t help but notice just how well thought-out, performed, and perfected for your enjoyment that a single like “Miss Mess” authentically is – and the uniqueness to be found is equally impressive.  I never felt like I pinned down any one single comparison to Jay that would have really covered it all…I could cite some pretty wild hybrid combinations that might come close, but really, this dude is doing his own thing inside of the Indie/Pop-Rock vibes, and it’s pretty much guaranteed to win over the hearts & minds listening worldwide without hesitation.  I’ll admit – I’ve had more than a peek into the rest of his album, and I can confirm – no one out there is selling you on anything other than the truth when it comes to all the awesome things you’ll read about Jay Elle online – the whole lineup of Ride The Wave is stocked full of incredibly addictive tunes.  So there you have it folks – that’s the real opinion that matters most I suppose, and the point I’ve been making from the very first moments of this review here – if you like what you hear on “Miss Mess,” you’ll love what you hear on the rest of the record too.  It’s not just marketing, and it’s not sourcing out a plethora of positive opinions that are loaded up with fluffy praise – it’s all the stone cold truth as far as I can tell – and everything I’ve heard from “Miss Mess,” to the rest of Jay Elle’s album proves that, 100%.  He’s got a real gift for creating hooks that connect in all the right ways, a charm about him that’s unlike any other, and a whole bunch of songs you’re gonna wanna load up on your playlists, with “Miss Mess” certainly being one of many you’ll find – Jay’s in for a banner 2021 and a bright future ahead with music like this – I can say with full confidence, I’ve liked or loved absolutely everything I’ve heard from him so far, and I’ve got every plan to keep on listening to Ride The Wave now that I know the quality this guy is capable of.  He’s onto something truly special with his music…I suspect we’ll all hear that, universally.

Find out more about Jay Elle at his official website at:  https://jayellesongs.com