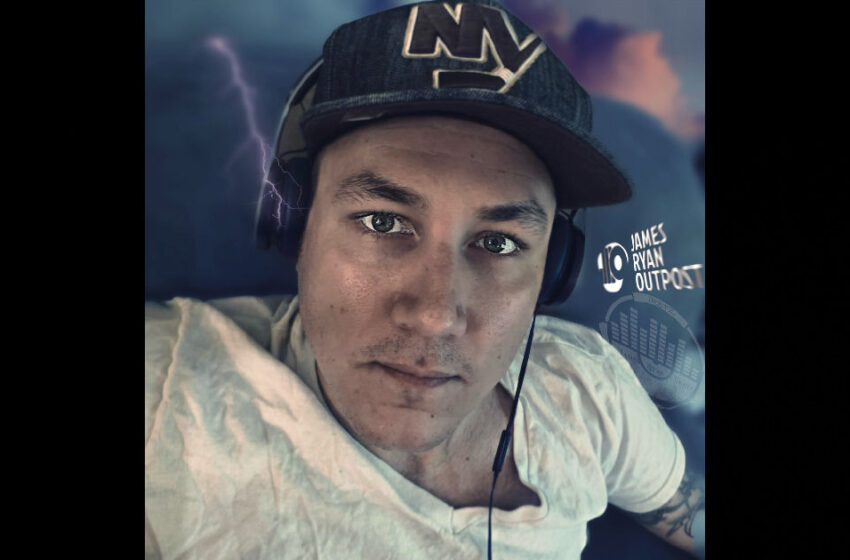 We are ALL GOOD here my friends, yessir.

I am not gonna lie to ya – I see a title like this, and all I do over here on this side of the screen is bite down hard, grit my teeth, click play, and immediately begin to pray to a God I’ve never known, that a single named “Summer Nights” won’t have anything in common with the movie Grease.  I figure as long as that’s the case and it’s not related, I’m bound to be in favor of basically whatever else it could be.

So there you have it folks – James Ryan Outpost has achieved the main objective.  Thanks for reading!

Alright…maybe I’ve got a little more to say than that.  Plus, James Ryan Outpost is just kicking things off and heading into the music-scene this year…only seems fair that I show’em around our pages a little bit and introduce them to what we do while I’m introducing you, to them in the process.  We’re talking SO NEW…that I don’t even have a website or anything like that to direct ya to…a Google search is still pullin’ up nothing in the results…you can sniff’em if you’re close enough, James Ryan Outpost probably still has that new project smell.  “Summer Nights” isn’t technically out until October 1st this year, so they’ve got a bit of time to get all that goin’ – but trust me when I say JRO, it moves forward quicker than you’d think – so tick tock, tick tock…let’s get it movin’ and get everything set up & ready for the official 2021 launch!

In context of any song, they’ve got themselves a solid cut here.  In context of a debut, you’ll likely find it even more impressive as a result.  Are there a few potential tweaks here & there that can be made for the future to follow?  Sure!  You know I’m the first to tell ya that it would purely be hell for anyone out there to not have another level to reach…I’m thankful for any glimpse into where an artist or band can potentially evolve.  Otherwise what the heck would I even be doing here other than rubbing nuts all day?  I’m about more than that.  Music…should be about more than that.  Real feedback is essential to actual growth…and debut or not, you regular readers know that’s what I’m here to supply.  Bottom line though…James Ryan Outpost has all the right instincts & talent it takes to go as far as they wanna with this music thing with a little more time & experience under their belt – as it stands right now, a song like “Summer Nights” shows you’ve they’ve got the important pieces of the puzzle locked down – now it’s just about shaping the full picture and getting the most out of each one.  They’ve got themselves a song here though…there’s really no doubt about that whatsoever…James Ryan Outpost gets single-worthy sound, and one spin through “Summer Nights” would instantly confirm they’ve got what it takes to make a hook connect for all the right reasons.  A hybrid of EDM/Pop…there’s no denying just how catchy this single is, or just how much this would be a cut that would certainly complement your weekend party vibes, even considering the contrast on display through the evocative nature of their lyricism – it’s still upbeat.  In terms of a debut…again, give this crew their due credit – this song is already firing on what’s pretty much a professional level from the production to the performance…mark my words when I tell ya, it ain’t gonna take James Ryan Outpost long at all to level up, and likely level up again right after that.  Listening to “Summer Nights” will immediately confirm to your ears they’ve got ideas that work, 100%.

Of course, at the beginning of a career or new project, you get to make all kinds of choices, experiment, and find out what works best for ya.  For something like James Ryan Outpost, what I’m hearing in “Summer Nights” is undoubtedly good stuff…but as to whether or not I could tag this sound specifically to them later on in a different single, that would probably be a completely different question altogether.  What I’m not hearing a ton of here is identity…I hear a great song that people will definitely dig on, yes – but there’s much work to be done if James Ryan Outpost is going to separate itself from the sea of sameness out there.  Some of that IS time & experience – not just on their end, but on ours as listeners as well – it’s impossible to know exactly what JRO is going to go on to become in just a single song – and as they put out more over the future to come, we’ll find out soon enough if they’re here to keep the party goin’ long & strong, or if there’s more to the story than that and we get to see that uniqueness come out over the years to follow.  On the technical skills front…honestly, they’ve pretty much got this whole cut nailed about as good as it could be…I have my moments here & there with the auto-tuner and how it gets in the way as it searches for the right note & tone, but there’s literally no one that uses this aspect of production in an audible way that doesn’t encounter the same issue.  Heck – some people love that extra warble in the mechanics of the melody, and if that’s you, right on homie, you do you.  For me, it can be a bit jarring at times in that regard…it’s the kind of thing where I don’t notice it at all when everything’s going smoothly…but once that effect starts roaming around with the inflections of the ol’ vocal chords, I tend to feel it becomes a little problematic to a song’s full potential.  But c’mon y’all – we’re talking about the difference between spending a week twisting dials and knobs around versus another week spent doing the same thing right afterwards to get it that much smoother, and so on, and so on – we can spend a lifetime making one song if we’re not careful, and in my opinion, what they’ve got here is already well in the range of what the everyday listeners out there will accept, so release the hounds I say!  Let October 1st roll around and put this out there with confidence, knowing that it shows all the signs of extremely competent songwriting and designer style…”Summer Nights” is a stellar single, and anything else that could be done to it from here on in is only going to make a tiny bit of difference anyway – so like I said, get it out there…green lights ahead as far as I can hear…take the good, take the bad, take the criticism & the enthusiasm that comes in from the feedback out there, figure out that general consensus between it all & if there’s anything there that makes sense to adapt to…and if there’s not, just keep on keepin’ on anyway as far as I’m concerned.  I enjoyed my time with “Summer Nights” without question when it comes right down to it – all I’m here to do is observe & relay what I hear as honestly & clear as I can…James Ryan Outpost has all the time in the world to tweak things back & forth if they want to…because based on everything I’ve heard, they’ve got a future in music waitin’ on’em.  Their adventure starts officially this October 1st – keep’em on your radar.