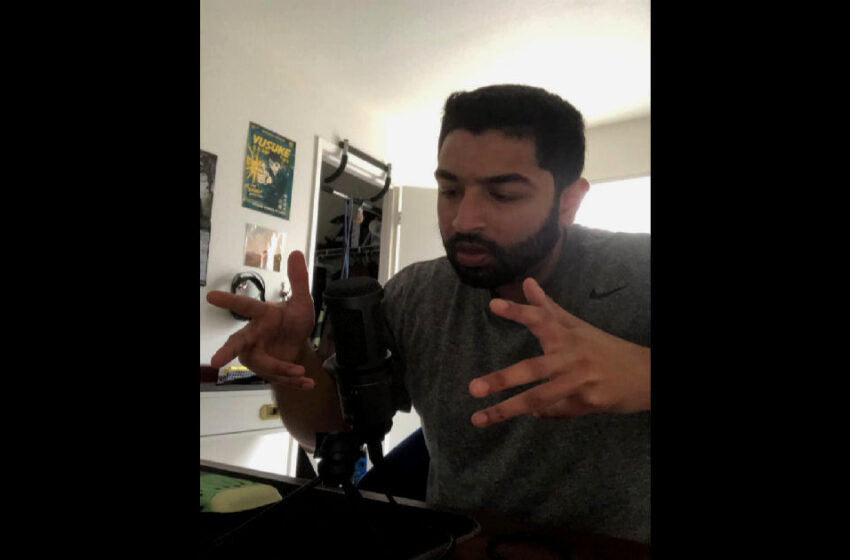 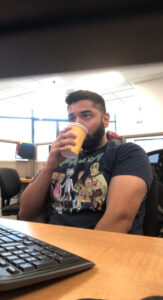 Get this man some oxygen yo!  JAK is FEELIN’ IT y’all – he’s got the JUICE…he’s surgin’ with “Adrenaline” and sounding like he’s an artist at the top of his game.  Which I’d imagine he IS…I mean…good lord…if he’s got gears that have him hitting bars even harder than this…look the fuck out emcees, because you’re about to be permanently in this guy’s rearview mirror for the rest of time, you following me?  I cannot even begin to explain the incredible impact this single makes on that very first spin – but what’s perhaps even more impressive is the fact that, I’ve bumped “Adrenaline” multiple times loud and proud at this point…probably somewhere in the double-digit terrain to say the very least – and this cut has never been anything less than mind-blowing, no matter how many times I seem to listen!  Not even remotely kidding dear readers, dear friends – I couldn’t even get hyperbolic here if I tried – the reality is, “Adrenaline” just IS that MASSIVE, that I promise ya, we’re all gonna agree this is one of the best cuts of 2022, if not the freakin’ full decade ahead of us.  He’s accomplished exactly what he set out to do, as outlined on his page at Spotify, where the write-up will tell you he’s “An artist who stays true to the roots of rap while looking forward to the future of the sound.  JAK takes on the unique task of combining the past and the future into a gift we call the present.”  Nailed it!  That’s the perfect description of what I’ve been hearing in “Adrenaline” – I couldn’t have put it any better myself with another million words.

What’s not to love?  My list has ZERO things on it – this single has it ALL.  The finesse of a microphone veteran…the confidence of a next-level visionary…the speed of a rocketship…the material of an artist that has a plan, knows how to execute, and can live up to the incredible demands of his own ambitions.  You could give the lyrics of “Adrenaline” to a thousand emcees & rappers out there, and they’d either fail at trying to keep up, or simply just pack up their mic and GO HOME before they even gave it a shot – because you’re not gonna hit it as hard as JAK has here, straight up.  That’s the facts, JAK – “Adrenaline” is 100% bulletproof with bars stronger than steel – this dude has put in an award-worthy performance.

Seriously homies…this is flawless by EVERY definition of the word.  For real – if JAK feels like there’s something he could have possibly done better than he already has, all I know is that I’m not hearin’ it personally – “Adrenaline” fuckin’ SLAYS, full-stop.  Dude attacks the mic like it owes him money and he’s come to collect every penny & then some.  He’s already cruising at a solid clip for the first thirty seconds, and then once that moment ticks over to thirty-one seconds in, JAK takes “Adrenaline” to the limit and long beyond…whatever expectations you might have had, he smashes through those, and surpasses’em ALL.  The guy is completely superhuman if you ask me, and every bar on this cut will prove I’m correct. 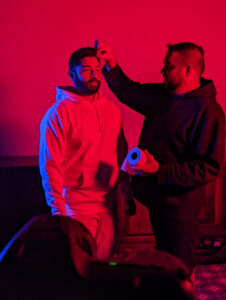 Not ONLY does JAK continually CRUSH IT syllable for syllable, pound for pound – but credit where it’s truly due, this BEAT is something else too y’all.  Sometimes that’s what an artist truly needs to reach that next-level…they just need the music to inspire them in the right way…then they find the right flow, the right rhythm, the right cadence, the precision, passion, and power they want for each and every word…you get it – everything just seems to snap together into place, like it was absolutely MEANT TO BE.  And perhaps that’s the case…I know it sure sounds like it is in the case of “Adrenaline” here – none of this is forced, none of this feels like it doesn’t fit – JAK has put together one of the best cuts you’re gonna hear this year, and I’d be way more surprised if someone out there came to a different conclusion than that…and then I’d want them to get their ears checked out by a doctor, cause they clearly wouldn’t be workin’ the way that they should be.  Any coherent listener out there would have to conclude the same as I have here – JAK is a verifiable FORCE on the m-i-c – no one can touch him when he’s in beast mode like this, that’s the reality we’re talkin’ about here.  I don’t know what he’s got planned next y’all – but it’s not even going to be easy for HIM to outdo what he’s accomplished here – this single is all aces, and as addictive as it gets.  I’d listen to it all day every day & twice on Sundays…and believe me, I’ve been listening a whole lot more than that already – you don’t wanna get between me & listening to this.

Listen to more music by JAK at his official page at Spotify:  https://open.spotify.com/artist/59QBrKxEjanuAc83Y1kW8p