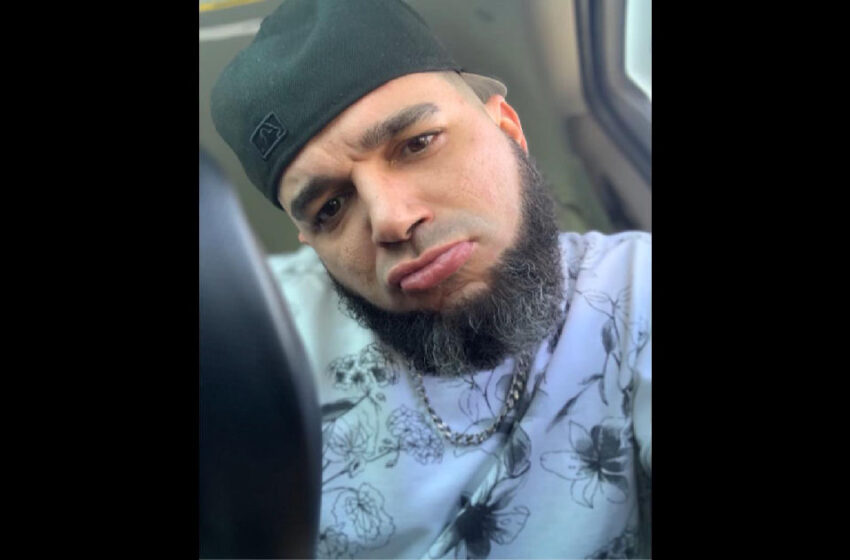 “In life you gotta be able to encourage & motivate – and when you make it you turn around and you lift up the next man.”  #PayAttentionThereIsWisdomInTheseWords

There are pieces of this puzzle that I’m missing, but I imagine they’ll get filled in over time.  For example – Jae Dee will tell ya that “he’s back” at the start of this single…but according to the page I’m lookin’ at, “Tears Of Aggression (TEST MIX)” dates back the furthest of the cuts available at Soundcloud.  So I’m not 100% sure where he’s comin’ back from, but…well…yeah…I mean, he’s here now, ain’t he?  He mentions being a veteran of the mic in the lyrics he’s got in this single, so I’m assuming he’s been around – I’m probably late to the party, but at least I showed up homies!  I also have no real idea what we’re testing here either…so I’m gonna choose to drop that part of the title when I write this out.  If it’s a ‘test mix’ than I suppose I gotta give the man an A – ‘cause it all sounds good to me.  Time to level-up Jae Dee.

The man behind the mic has done well here.  Supposing this is a real comeback of sorts, I’d imagine his longtime fans are gonna be stoked to hear him come back with such verbal fire & passionate positivity – and for those of you out there like myself that were unfamiliar with Jae Dee until this very moment in time, then hey – we’ve still got plenty of time to catch up and jump on this bandwagon if this dude has got plans to get his music movin’ again.  You’ve got this cut right here called “Tears Of Aggression” – but from what I can see, you’ll also find newer tracks out there called “Murder” and “Breath” as well…three cuts on the ol’ page at Soundcloud, all fresh from 2021…you’ve got the time, give this man a spin or two.

Jae’s got himself a high-quality cut if you ask me.  Once he gets into the thick of the hooks, you’ll hear the vibe of this cut bend towards something with the power akin to the early records by The Roots – he even sounds a lot like Black Thought with the true grit of conviction packed into the energy of every word & syllable he’s spittin.’  If he’s been away from the music and there’s been some time in between, perhaps the best compliment that can be paid to Jae Dee is that none of us would ever know without him tellin’ us – he moves with precision on the m-i-c, and raps it out at an undeniably professional level that sounds confident, filled with genuine swagger, and like he’s never been away for a single minute.

All these ingredients…these qualities in the character of the man behind the microphone…quotes with ideals like you see up top – everything stacks up and resonates strong – you can’t help but dig on the many admirable traits that Jae carries with him today.  He’s got no problem tellin’ ya about where he’s been, what he’s been up to, and how that’s taken him on a twisted path that’s been far from point-A to point-B in any kind of straight line, you dig?  “Crazy shit in my life you couldn’t even imagine,” as the man will tell ya himself…and while he “always had a couple grand wrapped up in elastics, stuffed under my mattress, just to avoid taxes,” and has clearly experienced some positives of living the life as well – you can hear that Jae Dee’s core values have indeed, changed quite a lot.  “You gotta learn, that you’ll always get what is earned” – he’s obviously grounded, clear-eyed, and focused on hustling the right way now – and hopefully, if “Tears of Aggression” is any indication, that pathway forward he’s been seeking out, is found right there in front of him now with a full-on music career, illuminated by the spotlight where he’s always belonged.  Jae’s got a ton of heart, with the right attitude & dedicated mindset required to generate success and the positive change it takes to create better tomorrows for all – you couldn’t possibly miss it on this single – and the authenticity of how he communicates, is every bit as effective as it is genuinely real.  He’s here to do some motivatin’ from the m-i-c y’all – and I can vouch for Jae Dee firsthand when it comes to makin’ an inspirational impact – you feel this single he’s got right here…it’s fuel for the soul, the spark to get you active, and thought-provoking in the best of ways.  You’ll listen to “Tears Of Aggression” and hear the energy & passion that Jae puts into his work…the positive direction he’s movin’ in…his performance is inspiring, his words filled with insightful knowledge people will be able to connect to, and the beat is tight!  Can’t ask for much more than what the man is givin’ ya right here.  I dig what Jae Dee raps about on “Tears Of Aggression” – he sounds completely ready for this comeback to the Rap game, fully ready to make the most of this moment not only for himself, but for you as well.  Follow this man’s lead y’all – Jae Dee’s got a good head on his shoulders & his wisdom’s on-point; there’s no need to keep this test runnin’ any longer – Jae Dee’s set to surge to the top of his class.

Listen to music by Jae Dee at his official page at Soundcloud:  https://soundcloud.com/jaedee82