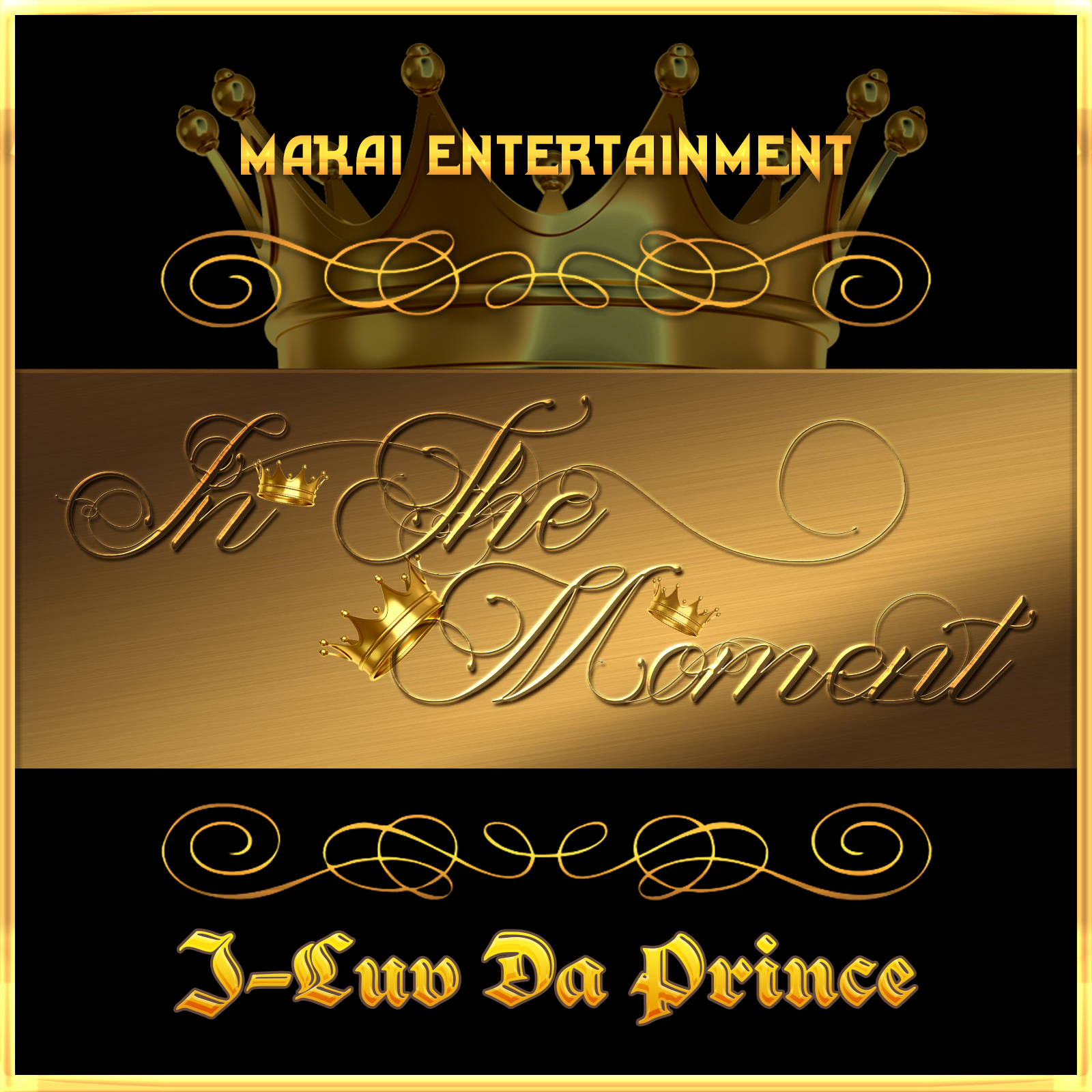 We’ll keep the soulful vibe of the music on the page today intact and follow-up our review of solo-artist Charity with this new R&B, electro-infused EP from J-Luv Da Prince, In The Moment. The first thing that caught me as “Party Over Here” started-up, was that the man can certainly write himself a strong hook – and that strength in his talent makes itself known throughout each of these songs as they play through. Though each song has an aspect or two that still needs a minute or two more in the studio-incubator, there are plenty of redeeming qualities in what J-Luv Da Prince is doing on this EP that can easily take you in…you’d have to be mountain-sized to not be pulled in by these hooks, and even then I wouldn’t be too sure!

“Party Over Here” starts out with solid-energy and an intense beat that sets this mood off just right. Though there are points in the verse that reveal the tiny-cracks in J-Luv’s armour as he bounces back and forth between on/off as he climbs to the top of some of these notes. The tone is nearly there, but the struggle is real, and you can slightly hear it…but the hook itself in “Party Over Here” is well-assembled and the melody line in both the music & vocals do find their way into your brain right-quick.

Again, rhythm and flow in the song following, “Filthy Shades” gives this song a chance – but it’s working against a tough & shaky start on the vocals from J-Luv Da Prince. The thing is…when something is uneven, the first thing that suggests to me is that there IS in fact, an even…a demonstration of capability…and there are tons of them on this EP. Which of course, always leads me to the next question of who the heck is rushing this guy in the studio? If the man is getting it right more than 50% of the time…then give him the time he needs to get the rest nailed down tighter-than-tight! I have no doubt in my mind that as J-Luv continues on that with confidence, the nervousness will drop-off entirely as he realizes that his song-writing has merit and that he’s certainly capable of creating hit-songs. Both of these first two songs might lack the fine-tuning needed to make them that way as they are – but BOTH easily fit in with what’s out there today and when they get that fine-tuning, they certainly have a real chance.

Like, take a song like the middle-cut “Tonight,” which musically might be one of the strongest tracks on the album…and that pressure to deliver might have hit J-Luv Da Prince, who delivers another perfectly-written hook without the full-execution in the performance to go with it. There is no other way around this one…J-Luv either has to know that vocally, he’s fallen way-flat here in multiple spots; if he doesn’t know that…there are many more problems to come for him throughout his career, so let’s hope he does. I’m assuming as a singer, he MUST be able to hear the difference of him being on versus off when being recorded…so again – what on earth is the rush J-Luv? “Tonight” is an excellent rhythm & groove, the hook & the music work perfectly together but that last piece of the puzzle through the vocals needs to be put down with the solid confidence that the piece is SUPPOSED to fit there…he’s capable…I want him nailing these songs down with the matching performance that his writing deserves; and after hearing three hits in three-songs, what else can I say other than it’d be extremely worth it for him to find that confidence, that extra-gear & the strength in solid-tones to get these songs to where they need to go. I wouldn’t be on J-Luv Da Prince nearly this hard if I didn’t think he was capable – he completely is.

And for what it’s worth, I think he DOES step it up slightly towards the end of In The Moment in the final two cuts. The highlight of the set for me is without-question “Waiting For You,” which is due to a more confident grip on the mic from J-Luv in addition to some truly dynamic background vocals from Tasha Catour…together, somehow she’s managed to bring out the best in J-Luv who comes across completely successfully in this track. You can take that last comment however you’d like to; this is one dirty-little ditty when it comes right down to it, listen to the way this all goes down in the lyrics and you’ll realize it’s a little more modern & progressive than probably like…ALL of the songs you listen to lol. I like the energy, I like the beat, I think the hook delivered from Tasha is perfect, and you get the most solid performance from J-Luv Da Prince on the EP so far…definitely a winner here with “Waiting For You.”

“Ready For Love” probably opens-up the most authentic-vein from J-Luv as the EP draws to a close in what sounds like a personal moment from the lyricism. Perhaps it’s the stripping of the energy back to a more minimal sound through the music, the absence of Tasha…I’m not quite sure what’s missing really, but once more J-Luv finds some uneven ground on which to record from. With some of the most direct and heartfelt lyrics you’ll find on the EP…it was a slight bummer to hear him return to less confident ground after kicking out the jams with confidence on “Waiting For You” and might have impacted the overall memorability of this album over time.

I dunno…song-writing is completely there for this guy…fans of R&B, pop & soul genres will definitely get what J-Luv Da Prince is going after here on In The Moment. After hearing it…it’s the NEXT moment in his career I think I’m interested in even more…there’s a lot of massive potential here in the writing and I’ll be very curious as to hear if he’ll take the extra time necessary on that next album to smooth out all the edges. I have no doubt that the best of J-Luv Da Prince is still yet to come…but that without-question, WILL arrive.