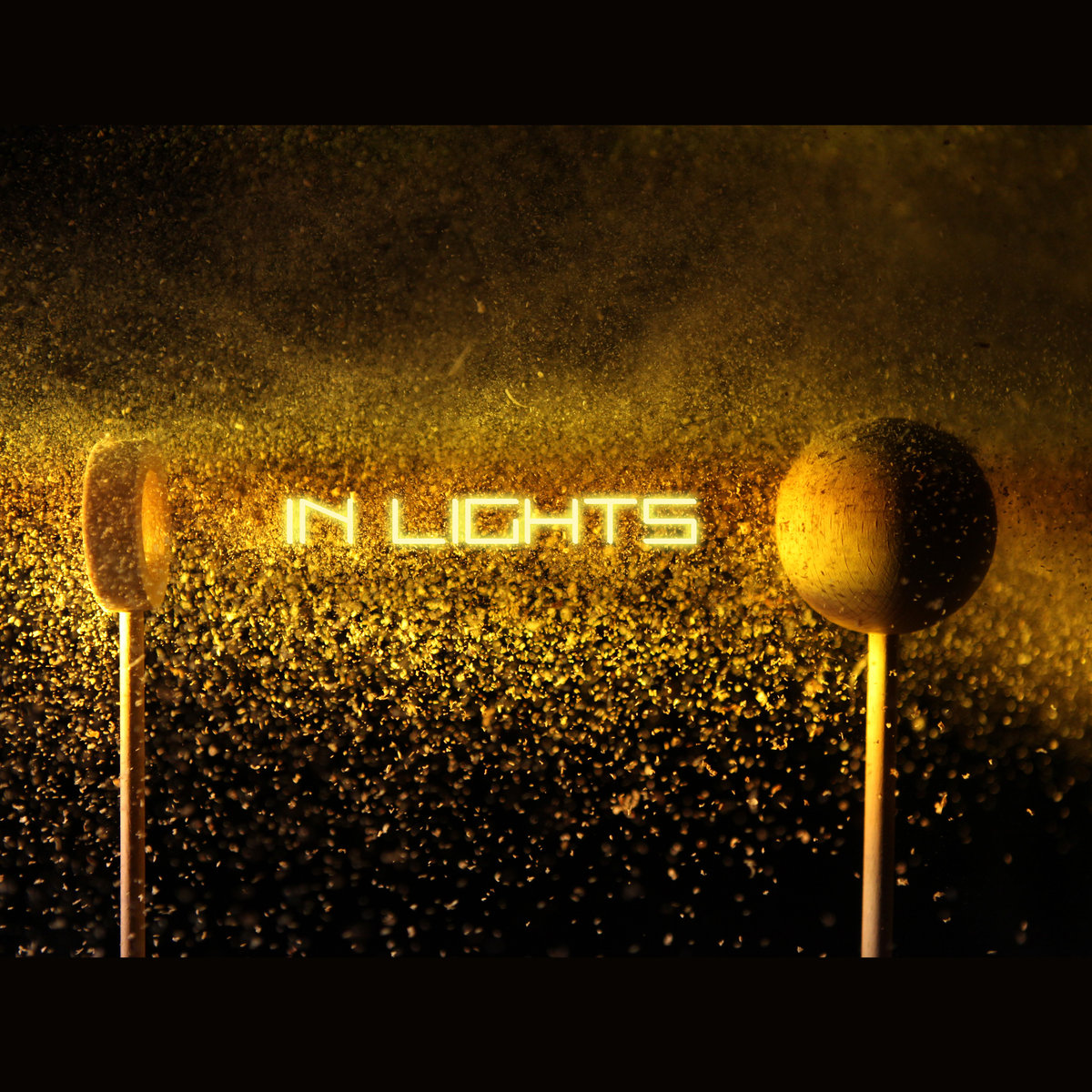 Feels like it’s been far too long since we’ve had some post-rock music on the pages here at sleepingbagstudios…I find it to be such an emotionally comforting kind of music, made by far too few of us out there.  There is such a high-place of respect for this genre on my own personal playlists…in my opinion, it’s been by far one of the most expressive styles of music to ever be recorded – and all of course without a single word in 99% of the examples of it out there.  I wish bands like Explosions In The Sky and Mogwai were subjects you could take in school…imagine what a world that would become!

And I betcha that In Lights wouldn’t have just attended a school like this…they would have graduated with full-honors at the head of the class.  This five-piece ensemble from San Jose, CA might already be on their way to teaching their own classes already…of the three songs you’ll hear on In Lights’ self-titled debut record, you’ll hear a band that is entirely in control of their sound.  You’ll hear a band that sounds professional and ready to lead the post-rock genre.  You’ll hear a band that is capable of creating some of the most sparkling & beautiful moments of emotion that we’ll likely ever hear throughout our entire lives.  How’s that for an endorsement?  Yeah…well…In Lights have certainly earned the praise from me.

Loved the way this record begins…the guitars sound gorgeous, thick and pensive…atmospheric and thought-provoking…you start to feel the impact of the emotion and melody instantly on “Wondering.”  Reminded me a lot of “Postcards From 1952” by Explosions In The Sky in terms of its layout, and how that opening really hangs heavy in the air…and in much the same fashion, its only moments later we find In Lights off and running at full-speed.  The instrumentation is fantastic…the guitars again, just perfection…the drums sound punchy and perfectly timed…the violins are beautiful…and bracing yourself as they head towards the fourth minute of “Wondering,” In Lights soars straight into the atmosphere with some of the most fantastic post-rock music I’ve actually ever heard myself.  The entire final two-minutes of this first song left my jaw straight on the ground in absolute astonishment of what I’d just heard – the way this song all comes together by the end is such an extraordinary pleasure I can’t even begin to explain.  The uplifting emotion and rise of the music is 100% spectacular…I never wanted “Wondering” to ever stop!

That being said…there was also already enough genius on display in their first track to know that the other two to follow on this EP would be of an equally high-caliber, and my suspicions were certainly correct.  Like many songs, artists and bands in the post-rock or progressive-styles of music are concerned, these songs are lengthy…and chances are each song will contain pieces inside its composition that you might respond to more than others.  I think a track like “Flow” has a bit of that going on…don’t get me wrong, I’ll certainly take it myself…but I can hear a few things I’d probably have changed slightly on this second tune.  It’s tough to say…there’s so much that’s going RIGHT here on this second tune as well…but in that first four and a half minutes, there are a few jarring timings that throw off the sound and the players it seems for a couple moments…barely noticeable unless you’re right up-close to listen.  But again…it’s important to recognize just how tough it IS to go after mammoth-sized ambitions and recordings like this…those walls of sound are just as easy for the players as it is for the fans to get lost right into.  On the plus-side, most people would never notice…nor should any music review be about nit-picking the small-stuff…like I said, the important thing is really just how much is going RIGHT on “Flow.”  Exceptional violin work and smart percussion fill the atmosphere around the expressive and beautiful guitar notes twinkling and echoing throughout the speakers carries you to the end of this second tune for its final three minutes…absolutely stunning and gorgeous in sound once again.

They might’ve just saved the best for last however.  The dreamlike atmosphere of “Lighthouse” slowly creeps up on you throughout its first two minutes like the dawn of a new day…that first moment where you’re opening your eyes for another beautiful day.  Guitar melodies and violin melodies combine & complement each other perfectly, gently, tenderly…they create fantastic imagery in your mind as their music plays.  Nearing the five-minute mark, you begin to see that fog clear-up…and break into clarity…the music reflects that calmness, that serenity.  Thick bass tones support the airy lightness of the guitar notes echoing and beginning to spiral into the atmosphere against the gentle crashing of cymbals sounding like waves on a beach.  The violins continue to keep the mood full of emotion…and the song builds up with textures you can feel right on your skin throughout the first seven & a half minutes.  Really embracing that familiar Explosions-esque sound, In Lights amp-up the energy and vent it out for about a minute before crashing straight into an intimate breakdown.  And I think they played this one smart by not bringing that out too much in this song…they will once more before the end, but that was the perfect dose…the arc of the writing in this song is seriously wonderful, with memorable dynamics to leave you on in these final moments.

Big thumbs-up to In Lights.  I’ll always argue that the world needs a lot more post-rock music…just so happens this crew makes their music so exceptionally well, that supporting this is one of the easiest things my ears can do in a day.  Great stuff on this EP and a real emotional adventure in three songs; it stands on its own perfectly…and it hints at the amazing potential of what could be to come from this band in the future.

Find out more about In Lights from their official Facebook page:  https://www.facebook.com/inlightsband