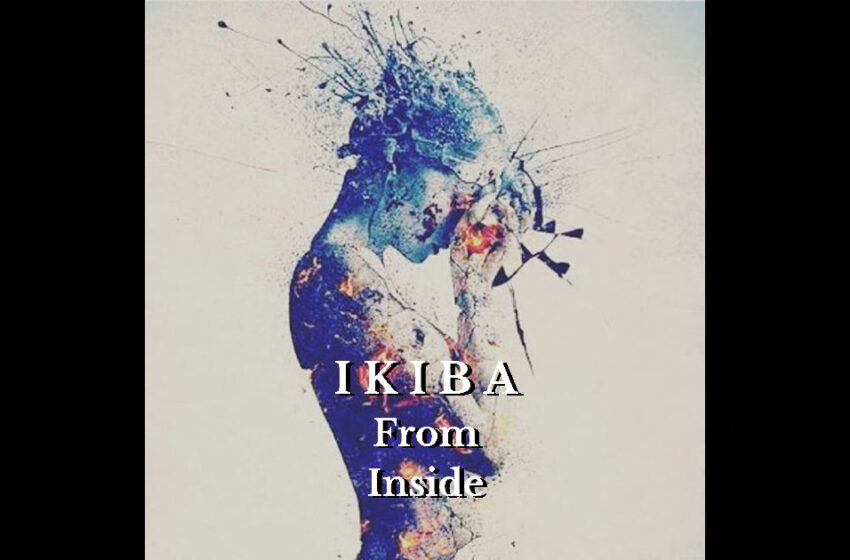 IKIBA – From Inside – EP Review

Had to check I wasn’t getting ripped off here!  I saw an article post up online over this past twenty-four hours or so on IKIBA’s latest EP claiming it had six songs on it, and I was like, where?  If there were more than the five I had access to on the From Inside EP, believe me, I was determined to hunt that extra song down!  Turns out it was likely a typo – we’ve all got five cuts on this record from IKIBA as far as I can tell.

Anyhow.  I’ll certainly take what I can get – I love what I’m hearing in the production of this dude’s new record, and whether you’re up late-night like I am, or just getting your day going – this EP has the real spark of energy you wanna hear to keep the party goin’ long & strong, or have you conquering the day.

From the use of orchestral sounds to open the record up with a bright & inviting atmosphere, and a keyboard-driven melody to welcome you in – you’ll dig the intro IKIBA has set up on “Travelling” as you soar through the first minute…and by about a mere fifteen seconds later or so, you’ll be marveling at the colorful explosion of EDM sound bursting through the speakers surrounding you.  As structurally sound as it is impeccably produced, IKIBA instantly reveals verifiable skills that any set of functioning ears could appreciate…this dude has a remarkable gift when it comes to versatility & keeping us all entertained.  “Travelling” will confirm all this for ya within a single spin through its many twists & turns – but perhaps the best fact about all that is right there in front of us – it’s because of those many twists & turns that one spin would never be enough, and this first cut will be one of many that keep you coming back to this EP for another dose.  Talk about dynamic sound though folks…IKIBA lights-up the entire room when a track like “Travelling” hits its peak intensity, and through the clever use of production techniques that have the music dancing from the lefts to the rights, he delivers a first impression that’s bound to make a resounding impact & genuinely get a whole bunch of you out there listening stoked on what’s to come.

LISTEN to the sound straight leap outta your speakers on “Rite” will ya?  Radiant, enormous, and sensory – I mean, IKIBA’s got a little something from the whole EDM palette loaded into this second cut for you to dig on.  While there’s definitely an argument to be made that a track like “Rite” sticks a bit closer to the traditional script of the genre at-large, it’s absolutely production that is setting this Chile-based artist apart from so many others that are out there.  “Rite” has stellar sound bouncing all over the place, and a wicked thread of overdriven vibes that scratch sensory textures through the air while we listen – and it’s through the clarity you’ll find in the spaces between that we all know this is certainly no accident.  IKIBA can be crystal clear when he wants to be, or get all kinds of digitalized dirty in the mix too; what makes it remarkable is how accessible it is in all forms.  Personally, I’m a huge fan of the added static or whatever you’d wanna call that sound in the atmosphere of the majority of this tune…to me, it’s one of the main ingredients that really makes a track like “Rite” come alive through our speakers & headphones when we listen.  Call me crazy, but this dude does FUN really well y’all…tracks like “Rite” flex serious finesse that is sure to be recognized, of course – but it’s the authentically fun vibes these imaginative cuts pump out that makes them all as genuinely addictive as they are.  A great display of a hybrid cut that’s going to please the audiophiles & producers out there through the impressive technique & mix to be found, but also a track that’s equally guaranteed to excite the huge range of EDM fans out there around the world.  There’s a ton of melody & passion to be found at the heart of “Rite” inside all of its spark & energy – it’s the kind of cut that ends up delivering so much more than you might think, even if it’s not recreating the wheel.  Sometimes a Rock band just wants to rock out – the rules should be the same for those firing up the Electro circuits as well – sometimes they’re just gonna want to hit up the comfort zone a bit more, and deliver you a flawless tune that uses all the tools they’ve got to maximum effect & full potential.  Certainly ain’t nothing wrong with that in my books…there’s more than enough ideas still in the mix throughout “Rite” and through its production that gives it a few solid twists that’ll help it all stand out.

Enlisting the vocals of singer Moshii for a collaborative effort on “Take You” at the mid-point of the record…I’m of two minds here when it comes to the results.  On the one hand, I like what Moshii adds to this song in about 95% of this performance, which is inarguably strong for the most part.  While there are a couple of notes & tones I felt could potentially have been brighter or stronger, that brings up the second part of my thoughts, which is that IKIBA’s got a bit of room to evolve still when it comes to the inclusion of vocals.  Understand a couple things though…IKIBA’s only been in the game for about four years now as far as I’ve read…dude’s still twenty-three, and he’s already crushing the production of the music he makes with all-out killer sound and radiant vibes.  As a music-man first & foremost, it’s only natural that including vocals becomes the final piece of the puzzle to work with – and it seems like we can feel that here a bit.  It’s obviously quite possible that a more muted & flat production on the vocals was intentional – only the hands behind the scenes ever really know for sure – but I think it’s safe to assume that with the lively mix the music always has throughout this record, that IKIBA could have benefitted from a bit more sparkle & shine added to enhance the beauty that Moshii’s bringing to her own performance.  So at the end of the day, it’s kind of a bit of both – I still think Moshii herself has a bit more in the tank to put into the microphone, but I also wasn’t sure she was getting the full assistance she could get to stand out in the vocal mix either in the final results.  Ultimately, “Take You” is still another solid track in a lineup of tunes that no fan of EDM out there would find themselves passing over – but I’m a firm believer this song reveals the most opportunity for IKIBA’s evolution in the future too.

Musically…there are no arguments to be made against what this guy can already accomplish and the impressive dynamics he’s able to load into four-minutes of pure Electro entertainment.  From the clever edits and movements within the structure of fluctuating sound flowing throughout “We Are Together,” to the vibrantly dynamic atmosphere continuously morphing & changing as you listen – IKIBA not only has this track loaded up with powerful sound selection, but the structure itself is wildly adventurous.  We’re talking serious hooks here folks; IKIBA might be back to the instrumentals & all, but this is the kind of memorable stuff you just end up singing around the house somehow anyway, even without a single word.  You remember melody lines like this, and the inviting energy a track like “We Are Together” has from beginning to end stays entirely engaging the whole way through…the joys of sticking with this cut as it slides through your speakers will end up leaving that unforgettable impact on ya.  That initial EXPLOSION of incredible sound as the energy picks up at the one minute mark is freakin’ fantastic, every single time I heard it come back around, it was always one of my favorite moments of From Inside.  “We Are Together” continues to soar forward with its surge of bright neon vibes comin’ atcha, putting all the right punch & emphasis into the beat & design of the music to give it an extraordinarily fluid flow for a song that has such definition in each of its parts.  Another cut that speaks really strongly on behalf of what IKIBA can achieve as a producer – the attention to detail is in all the right places on “We Are Together” and the energy hits yet another new level as this EP heads towards its official finale track.

Honestly, it’s a bit hard to say which of these tracks would be my ultimate favorite – the high degree of quality to be found here and impressive range of ideas pretty much puts all five tracks in the running in some way, shape, or form.  Even “Take You,” while it shows a bit more room for IKIBA to grow still, was a stellar set of ideas and the design of the song was still extremely strong; I have all the confidence in the world that this producer has the skills to round this kinda stuff out quickly in the future, mark my words.  When it comes to the rest surrounding that particular cut, choosing a favorite could only be done by the slightest of margins – IKIBA has brought the JUICE to these tracks, and they’re all addictive in their own unique ways.  All that good stuff being said…it’d be even harder to argue that IKIBA hasn’t saved a whole bunch of serious fireworks for you still at the end of this record, because he certainly does – “For Years To Come” becomes straight-up MASSIVE at points, and plays brilliantly with time & space as you listen to it.  Look at that title too…and take a cue here…that could very well be a clue, or at the very least a completely declarative statement – IKIBA will BE HERE “For Years To Come” if he continues to produce music at this high-standard of quality, accessibility, and cleverness – that’s facts.  Definitely sounds like this guy knows his way around the decks & mixers, and this early on in his career, he’s clearly comfortable in the studio where he’s at over there in Santiago, Chile – he’s making music that’s capable of “Travelling” all over the globe, as evidenced by the fact that he’s right here at home on our Canadian-based pages today.  “For Years To Come” is the icing on the cake of what’s been a wild ride through five tracks that all reveal something stellar in the mix for you to hear – dig in and enjoy this.

Listen to more music by IKIBA from his official page at Spotify here:  https://open.spotify.com/artist/1zDOwRhx6GKiMHbQQsiWZN

Tags: EP From Inside IKIBA sleepingbagstudios