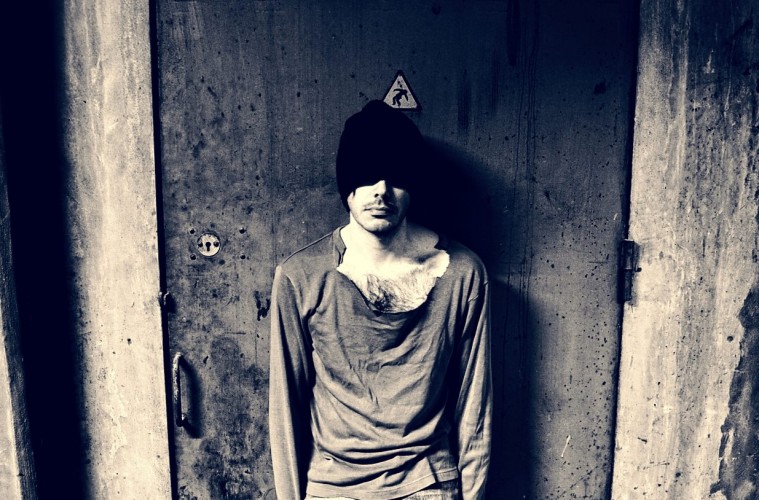 So much to unpack here.

First off…I feel like…for you to experience the music of I, Useless…it’s probably best that you know exactly what I know.  Along with the links to the videos of songs from the upcoming album Twister by I, Useless…was a short write-up that simply read:

“I, Useless is a one man band from Clermont-Ferrand, France.  He’s a broken man singing like a child.
The Twister album is about the death of his closest friend, and how to get on with life.”

So there you have it.  That’s the heartbreaking information that travels with this music made by I, Useless.  Much like you’d now expect…the level of emotion and expression in these songs reflect upon the tragedy involving the death of his best friend and the melancholy melodies echo the hollowness that can be found in such a situation almost too perfectly.  Sometimes when things come out so well in a recording like this…there can almost be a guilty feeling that comes along with it…it’s best we remember that one of the best possible ways we can tribute the fallen along the way, is through music.  The intentions are incredibly pure in the I, Useless project…I very much admire what’s being done here.

Regardless of anyone’s plight, predicament or situation in life…you’ve always known me to be truthful about what I hear in the music dear readers, dear friends…today is no exception to that rule.  Even in the hardest of situations in the past, I’ve always laid it out as real as I can in effort to represent the music and what I hear as truthfully as possible at all times…whether it’s good news or critical advice, I think it’s important that people get an honest opinion of what’s genuinely happening within the music.  Fair?

And it’s in telling you all that…that I feel quite comfortable in telling you that I, Useless is in fact one of the most extraordinary and special projects I think we’ve discovered this year.  I am…to say the least…absolutely hooked on this and a very, very big fan of what I, Useless is doing in every one of these four songs I’ll talk about today.  Whether it was through the music or through video – I was unbelievably impressed by just how captivating these moments became…song after song…I, Useless has found the best way to honor his dearly departed best-friend by making music that hits the mark on every level.

This Twister album has been under construction for some time now…and I’m going to take you back to the beginning, where it started about a year & a half ago with the centerpiece of the upcoming record.  “Twister” might date back a year & some time now…and if anything…I think you’ll begin to completely understand why making music like this would take so much time.  The care and effort applied here is ASTOUNDING…the ideas are BEAUTIFUL…the expressive emotion in the vocals is JAW-DROPPING.  It takes so long to get through making this kind of music because…well because…because LISTEN to it – it’s hard enough to get through this song without bursting into tears being OUTSIDE of the situation…imagine being IN it.  Everything about “Twister” is as powerful as music can be emotionally…not only are the vocals incredibly sweet & sincere, but when they break for the first time in the music to reveal the added layer of melody from the keyboards in the music that eventually becomes the backing for the song’s chorus…I swear it’s every bit as powerful as the vocals are.  Or the inclusion of synth-organ later down the road…that’s another seriously powerful moment that makes a massive impact in the sound of “Twister” – and there are many more highlights throughout this entire song.

To me…where the connection is really established is through the vocals of I, Useless.  I think it’s important to clarify this for a moment…because you read up-top about what he had to say about the ‘broken man singing like a child’ – and to some extent tonally, that’s certainly true.  I just don’t want anyone out there to get it twisted…it’s not like being read a story at bedtime…it’s more like the perspective itself…when it comes to the actual singing, it’s so precise and spot-on to the emotion required to make these moments real you honestly can’t help but acknowledge the professionalism.  The idea and theme of the child’s perspective does play a role visually in the videos as well…otherwise I’d have been inclined to think that perhaps I, Useless was hiding behind that term to mask some sort of strange singing that doesn’t quite work…but this completely does.  Somewhere along the lines of Band Of Horses or Funeral Suits with a sweet & melancholy electro-vibe that accompanies the music instead…but vocally, similar in that high-up sound that IS different from a lot of what’s out there, I’ll give’em that.  But to me…the approach, the tone, the sound, the energy, the mood, the attitude and character in the vocals…it all works tremendously well in the music I’ve heard from I, Useless.  The hooks become absolutely heartbreaking, painful, real, sweet…an audible swell of emotions.  When I, Useless sings ‘How could I forget you?’ it’s just about one of the realest expressions I’ve ever witnessed in music, perfectly encompassing that double-meaning so incredibly well.

Of course – it’s just as important to remember the good times right?  I, Useless nails that sentiment perfectly through the up-tempo electro sweetness in “Because Of You.”  If you’re at all a fan of a band like…say…Faded Paper Figures…musically, we’re closer to that side of the electro sound here…just enough of a hint of indie-pop/rock in there to appeal to a widespread audience of many listeners out there.  Again…to me…the sincerity you’ll find in the expression and emotion within the music is just as incredible at times…it all sounds so amazingly connected as a result of this being a one-man band.  I, Useless executes these ideas flawlessly…like seriously, I wouldn’t change a single thing.  “Because Of You” is wildly entertaining and relentlessly sweet…whether it’s the incredible hooks through the melody & flow of the verse or the outstanding, simplified chorus chant…honestly what’s not to love about this?  The guitars that dominate the final thirty-seconds or so are freakin’ BRILLIANT…like a layer of space-rock in behind the rest, mixed in perfectly to expand the atmosphere and fire up the rockets on this ending.  “Because Of You” was released officially at the beginning of this year…nearly a full year after the first single “Twister” was put out there; not only is the subject matter tough on the emotions to dive into – but if you look at each and every video that I, Useless puts out with these songs, you’ll see that he’s clearly thinking things through on every possible level.  Visually, these songs are supported incredibly well through what we see…”Twister” was amazing, the marionette idea in “Because Of You” is also seriously cool.  I might have had a few comparisons for what this sounds like…but truly, what’s happening here in I, Useless is intensely unique, emotionally fragile and all-out fantastically different.

I’ll say this…like any album or EP, when we listen to a set of songs, we’re bound to have our favorites and establish an instant connection or bond to a particular song along the way, while others don’t always make the impact they deserve to, simply by comparison to what’s surrounding them.  That make ANY sense?  Essentially what I’m saying is…were it just the single of “Out Of This” on its own, I’d have been inclined to say it was a really great song…because it IS…but then like…you hear “Twister” and “Because Of You” and “Hikers” around “Out Of This” and even I’d have to admit it gets outshined a bit by the others.  That being said, video-wise, I think it’s absolutely incredible…and incredibly bizarre!  But you know we love that here; it was only natural that I’d love the video for “Out Of This” – that’s in my DNA.  Musically, style-wise it also shows another side of the sound of I, Useless as well…it’s still a really damn good song and uses its space, atmosphere and ideas extremely well.  Undeniably, the hooks are less universal here…but that my friends, does not a bad song make.  Things get deeper and sound more exploratory and experimental on “Out Of This” but the melody and heart are still on full-display.  Like we also experienced with “Twister” – I, Useless amps-up the final twenty-seconds or so to really make a powerful impact through the music and ending to this third single released.

But wait just a second…shake the dust off of your day, clear your mind, open your heart and watch this brand-new video from I, Useless for the new single “Hikers” below.

Quality takes time.  Grief takes time.  Getting over something like I, Useless has gone through personally…who knows if that honestly ever happens…who knows if anyone would honestly want it to happen…that pain, those memories, those feelings can become complete extensions of ourselves and part of our being & daily-lives.  You can let the bitterness consume your soul…or you can find a way to turn tragedy into art.  You can let the memories fade or decide to keep them with you forever.  I think through these songs, it’s plenty clear which path I, Useless has chosen…but C’MON – how amazing is “Hikers” in how it ultimately expresses so much of the emotion and storyline that exists within this project?  This particular tune is dedicated to the memory of his mother…the chorus of ‘Keep me around til the end of time’ is so hauntingly sweet, sad, happy, hollow…just a cornucopia of insightful lyrics and beautifully expressive emotion pouring into ”Hikers” through the vocals.  I’m doing OK right now…truthfully I’m just hanging on when it comes to how close this song can bring a guy to tears…at the wrong time of day or in any kind of a sad mood, this track could reduce even the hardest of hearts into pure rubble and blubbering mush.  I, Useless switches up the electro-vibe completely for the indie-folk direction the music takes on “Hikers,” complete with cello-strings and piano accents happening in the atmosphere…even perhaps a banjo just past the halfway-point in the song as well I believe.  To sum it all up as best I can…I, Useless has never sounded so stunning and so real as he does right here on this brand-new single…the production and performance is perfection, the emotion is crystal clear and displays an incredible mix of vibrant imagery and heart-wrenching moments, the video is legendary.

Whatever tragedies have led him to this point…it’s now up to I, Useless to make the most of every moment in life from here on in and truly utilize these talents…he’s not just good at what he does, he’s not just another impressive one-man project…he’s as genuine, authentic and emotionally-open as it gets.  While the wounds may still be fresh ones…you can’t honor memories better than these songs do.

Find out more about I, Useless at the official Facebook page:  https://www.facebook.com/iuseless