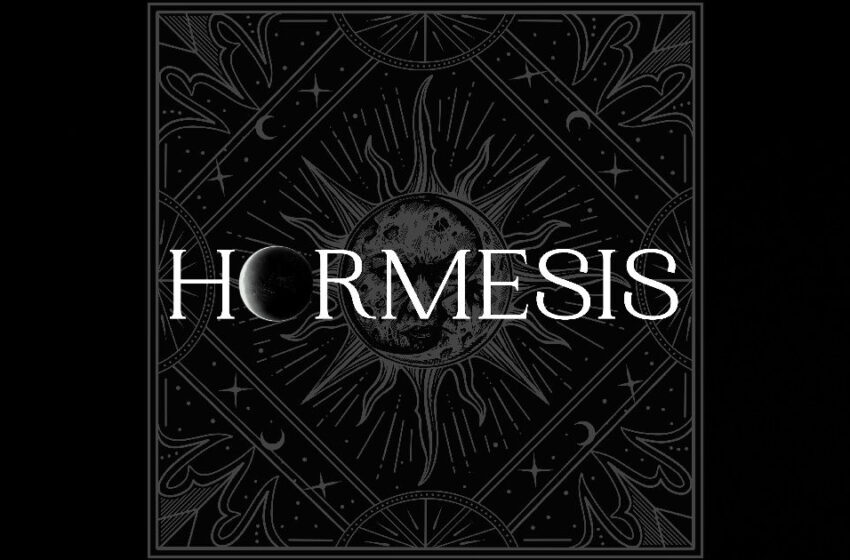 Holy shit am I dumb!  For real y’all…as I’ve told ya many times throughout the years, I know about one thing and one thing alone – what sounds good.  Anything beyond that, I am dumb, dumb, dumb as a rock.  Don’t get me wrong, I do attempt to learn and better myself almost daily…usually I do that by going down the rabbit hole as far as I can go to figure what this or that is all about in the music I’m listening to.  So today, I figured, heck…why not google whatever it is that Hormesis means, and we’ll go from there.  In the world according to Wikipedia, “Hormesis is a characteristic of many biological processes, namely a biphasic or triphasic response to exposure to increasing amounts of a substance or condition.”  Say WHAT now?  So to understand the word I wanna know about I’d have to look up at least two more words and/or learn some rudimentary biology to be able to even scratch the surface?  I think I’ll scramble back to my lane now, tyvm.  I know my educational limitations, and I try to play within’em.

Anyhow.  Hormesis is…a band.  Let’s go with that definition instead.  They’re based out of Chattanooga, Tennessee, and they went with black text on black colors on their main site, so that’s about all I know.  You’ve got the talents of T Strange (Vocals, Guitar), T. Workman (Bass), and M. Uson (Drums) combined in this “overtly aggressive three piece” – and they’ve got a brand-new single called “Doom Riders” coming out on January 27th this year.  I have no frame of reference as to what the rest of the scene is sounding like over there in Chattanooga personally, but if it all sounds like this band does, I think I could probably throw open my window all the way over here in Canada and hear that city rockin’ strong if the wind blows just right.  That being said, I think the tendencies of many folks would be to assume that, in the same state that houses Nashville…chances are, Hormesis is somewhat of an anomaly in the region.  I could be wrong about that of course, I have no proof…but I’d be willing to bet they’re playing somewhat against the grain.  I’d encourage them to keep on doin’ that…or whatever it is they’re doin’ really – this savage cut stands out for all the right reasons and sounds damn good to me.  Like…for real y’all…these dudes can PLAY – the musicianship and the unity of this band leaps from your speakers as you listen to “Doom Riders.”  You get that instant grinding of gears and guitars as it all snaps into place, which has the energy flowin’ fast & furiously straight off the drop…and then like…there’s noticeable flair & technique at work here too.  I don’t know what you’d call the move being made around the thirty-eight second mark on the guitars…could be as simple as a ring out of sorts, or some wild harmonics…honestly, I’m not sure – I just know a hook in music when I hear one, and that piece of this song, which shows up multiple times as they rip through “Doom Riders,” is maniacally addictive.  It’s rare that you hear one specific piece, note, or tone in any tune be such a defining factor in why you’d wanna listen…but I’m tellin’ ya folks, once you hear this track for yourself, you’ll know exactly what I mean.  No weak points to be found here anywhere though…the vocals are MASSIVE, the bass is rock-steady, the drums are in beast-mode…if you’re asking me on my opinion here, there’s not a doubt in my mind that Hormesis plays all-out and gives every moment everything they’ve got.  As long as there’s enough juice in the electrical circuits and in their amplifiers to support’em, I’m thinkin’ these guys will rock your freakin’ socks off, every time they step on stage or in the studio.  You can hear the dedication to what they do in every note they play, and the way they move together so precisely through the complexities of a structure like “Doom Riders” has, easily confirms that they’ve got the collective chops required to seriously compete in the Metal genre.  They’ve got a sound so BIG it could stomp out your tiny little village, I assure you.

I’m interested though, no doubt about that…and I don’t always feel that way when it comes to Metal.  Sometimes I do…maybe I’m in the right mood for it…that could be the case, but I feel like it’s more of a case of Hormesis having earned the attention from a righteous amount of effort put into this song.  On a conceptual level, “Doom Riders” takes on religion from an intentionally hypocritical perspective, digging into the “internal lusts we all feel” according to T Strange…I’m not opposed to it.  I’m older than dirt now and I’ve been married for nearly two decades, so the only real lust I feel these days are towards that next cheeseburger, but I get where he’s coming from.  Anyway…don’t go clutchin’ them pearls…chances are you know exactly what “Doom Riders” is getting at, and you’ll appreciate the way that this band scorches religious ritualistic hypocrisy, and sounds like they’re having a bloody good time doin’ it.  Epic vibes in Hormesis all-around…I like the moves they’ve made with the production on the vocals and the variation you’ll find there, I like the authoritative punch they play with from every corner as a band, and they’ve got a song in “Doom Riders” that can’t help but stand out for multiple reasons.  If ya like your music on the heavy side, you’re pretty much guaranteed to dig what Hormesis is serving up…but even if you don’t, I think you’ll be genuinely impressed by how the sound of the level of raw power in their collective conviction will convince you to turn up “Doom Riders,” and come on back for another spin.

Find out more about Hormesis from their official website at:  https://www.hormesisband.com