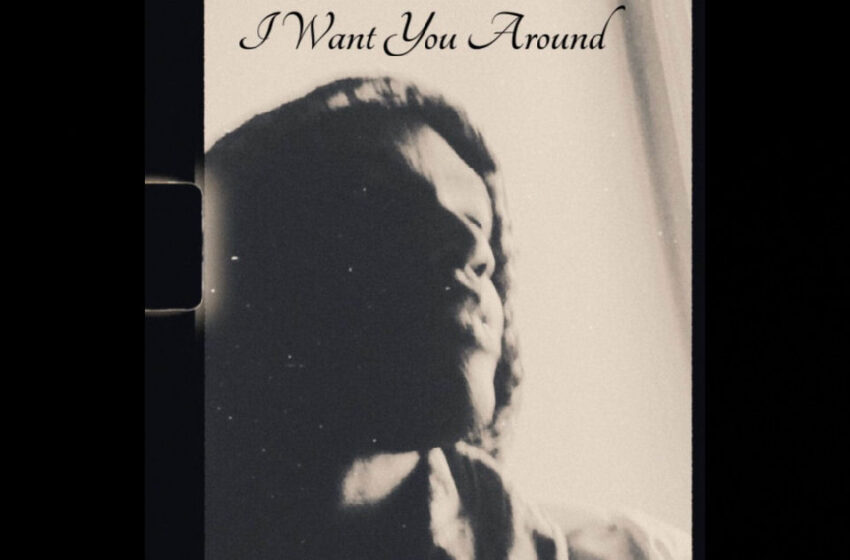 Heistheartist – “I Want You Around” – Single Review

Snoh Aalegra is one tough act to follow, no doubt about that.

I’ll say this – Heistheartist has definitely left his stamp on this cut; that much is clear.  Truthfully I’m just as interested in what other people would think of this cover every bit as much as I’m still wondering what my own opinion on this actually is.  It’s got uniqueness to it that stands out…and from the hit-count at YouTube alone on “I Want You Around” you can see tons of people are tuning in…I never felt like I was gonna reach over & skip to another song…all of this is good stuff in the grand scheme of things.  I don’t know if this is a method/approach you’d wanna take to every cut…I’m assuming that Heistheartist is decisively going the artistic route with this particular cover, and given that it’s my own first experience with his music, I’m more than willing to buy the ticket & take the ride to see where it all goes.  “I Want You Around” is a very fearless version when it comes right down to it, and I respect that.

My main questions would be whether or not this cover furthers the story of the song overall somehow, if the way the vocals sound in the recording are going to be a hit or a miss for the people out there, and if there’s enough accessibility and/or recognition of the original cut to keep everyone out there listening – I feel like there are still some question marks in those departments.  Having said that, I think that any kind of potentially polarizing aspect of a song creates debate & discussion…listeners aren’t going to feel indifferent about this version of “I Want You Around” if they’re familiar with the original Aalegra tune – they’re going to have all kinds of opinions; that’s the nature of the game – but that’s a GREAT thing.  The last thing you want is radio silence from the audience listening, know what I mean?  For better or worse, when you take chances like Heistheartist is doing with this cover, you do get the people talking…and the value in that of course, is priceless.  Someone asks someone else if they’ve heard your song yet & if they thought it all came out like it should have…so they listen…and maybe they’re not sure, or maybe they think something totally different, so they get someone else to listen to see what they think…so on & so on.  Songs that don’t have anything to’em don’t ever get that experience – so take that to the bank y’all; there’s something here in the stylistic approach of Heistheartist, even if I’m not entirely sure WHAT that might be myself.  I know I couldn’t really take my ears off the guy…you can’t tell me that’s not a positive.

I am genuinely more than a little perplexed though…I’m sure about that much.  Clearly there’s a ton of easier ways to have gone about covering this tune, yet equally clear, is the fact that Heistheartist chose to purposely take it in a much more challenging direction.  Like I said, I’ve got love for that at the end of the day…I dig exploration in music…I dig trying new things to see what you’re capable of…but there is always inherent risk that comes with experimentation.  As for the masses, my gut tells me this is gonna be a much tougher sell – even though his tremendous numbers already prove me entirely wrong – personally I feel like he might have pushed this past that threshold of accessibility for many in the pursuit of creating art.  And sometimes that happens…that’s the cost of being willing to test out your skills or new effects or whatever it is you’re changing up to reach that next level…trial and error, pass or fail, it’s all worthwhile in the end & gets you that experience you’re looking for & that you need.  Those groundbreaking milestones don’t just happen by playing it safe and staying in your lane – they come about by being willing to put yourself out there like Heistheartist is here, to see what the unexplored still has to offer – even on the inside of a cover tune.  I’ll say this – I think there’s a lot more to the guy than just this one song reveals – at the end of the day, I still very much enjoy the sound of his voice, and I’d be completely interested in hearing what he’s capable of when it comes to his own original material.  As for this cover…probably a bit more miss than hit for me personally, but that doesn’t mean you’ll simply feel the same…give it a spin, see what this faith-based tune has to offer your ears and perhaps you’ll find more redemption here within than I did – and if that’s the case, all the more power to ya – turn it on up.

Listen to more music by Heistheartist at Spotify here:  https://open.spotify.com/artist/6gcmZuz875tFsPHeT9RZaK

Tags: Heistheartist I Want You Around Singles sleepingbagstudios