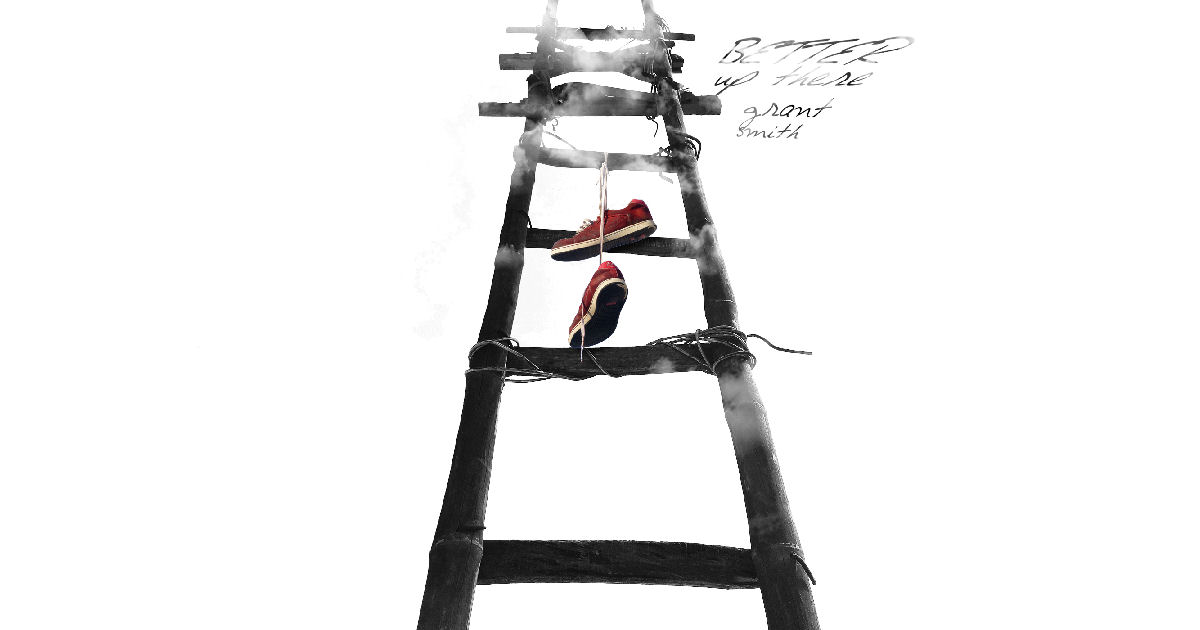 You know, it’s not like we all have to understand the meaning behind every song we listen to.  While it might be seriously cool to know the full story behind what’s inspired “Better Up There” by Grant Smith, I’m content to just listen to this track flow with the stylistic sound & vibe it has without asking too many questions.  It’s “Better Up There,” you say Grant?  Alrighty man…I’ll take your word for it.  That being said, I’m also assuming wherever ‘there’ truly is, that it at the very least has a kickass stereo right?  All I’m saying is that if I can’t take this song from down here to ‘up there’ and bump it loud’n’proud – then that might be a bit too far for me to go.  Maybe it’s like a whole new Harman Kardon that none of us down-here surface Earth-dwellers could even comprehend with our own ears…maybe that makes it “Better Up There” – I mean…sounds like that would be a trip worth taking to find out doesn’t it?

The point is, we don’t always need to know what the point is to enjoy something, music certainly included.  Grant’s got himself a really well-crafted song that flows with an immaculate smoothness to the way it moves…even each line he’s got lyrically packs its own punch in its unique way; but as to whether or not you’ll get how they stack up together might be a whole other story.  I know I sure didn’t!  But again, with the amount of stylistic slickness that runs through the rhythm & groove of Grant’s new tune – you think not knowing every detail and the entire nitty gritty is gonna stop me from listening to this single?  Think again my friends.  Not only do I like a lil’ bit of mystery with my music at times – there’s no doubt that the authentic swagger that Grant sings & plays with is all-out enticing to the ears.

Production-wise…he’s kinda got a lot in common with relevant sounds that you’d find in more chilled-out cuts by artists like Alex Clare, or even Elle King at times too…you’ll hear that distance in the recording that provides a faraway second layer of vocals that tends to expand the atmosphere of a quaint & tiny tune like this and make the experience that much more all-encompassing.  With that extra rasp in Grant’s voice around the 2:30-ish mark, he even reminds me a bit of Colin Craveiro from good ol’ Man Made Lake out there in the independent music-scene, now performing solo as Sail Cassady as well.  Bottom line is that these are all distinct points in Grant’s favor…all this adds up to a really great sound.  He’s certainly no stranger to music when it comes right down to it – you can hear his attachment & strong connection to the material, and from what I can find online, dude pumped-out about six singles last year, following up a handful of songs in 2017 and his debut record in 2016 called Empty Words.  The biggest mystery we’ve got here…is with so many songs released last year in 2018…you kinda gotta wonder a bit as to what’s got him reaching back to the year prior and promoting “Better Up There” as opposed to getting some of that new stuff out there into the world…I’ll admit, I find that interesting.  All that being said, I think there’s also never a bad time to promote a great tune, so even if the schedule doesn’t always line up – do what Grant’s doing & make sure you get your music heard however ya can!

Besides…sometimes that first impression can go a long, long way…and while Smith certainly has a ton of material he could be promoting, there’s no doubt he’s put his best foot forward with a track as strong as “Better Up There” that’ll likely open more doors for him in the future.  I’ll tell ya this much – it’s the kind of single that certainly makes me excited about what else I might find on his Spotify page, that’s for sure; dude sings with tremendous style and the entire rhythm & groove of “Better Up There” is just about as accessible to all as music can possibly be.  I won’t be the only one out there loving this tune, I can guarantee ya that – Grant Smith is onto something real good here and you can hear he’s truly locked into the vibe and into the moment – I’m stoked about the new tunes he’ll no doubt be bringing to 2019.