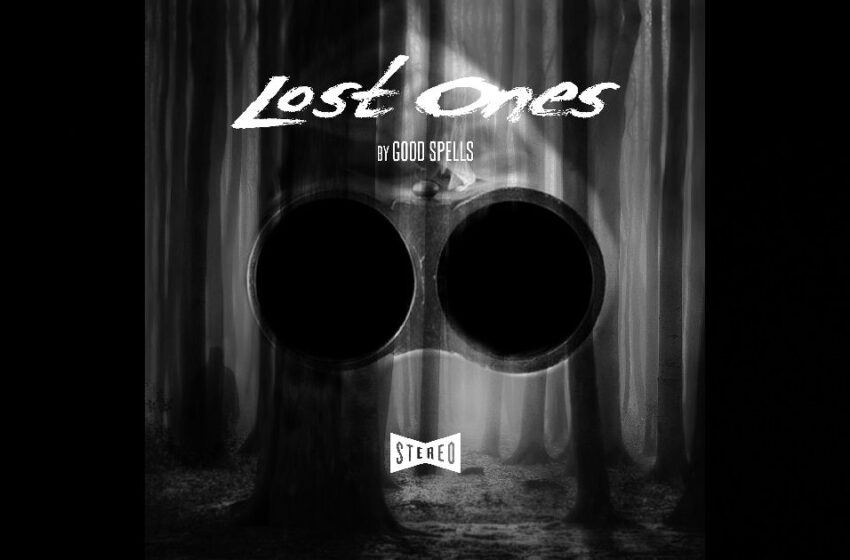 SBS:  Good Spells!  Welcome to our pages dude.  It’s been stellar getting to know your music over the past couple years, and now we get the opportunity to talk tunes with ya a bit here.  Let’s get everyone on the same page to kick things off.  How do you define what you do in Good Spells, what sets it apart from anything else that’s out there in the scene right now, and what got you started producing music?

Good Spells:  Hello to SBS and thanks for the ongoing support. Basically, I’ve been doing bits of production for others and dabbled in music for a long, long time. I thought it was time to get truly self-indulgent and really make what it is I want to hear. However, obscure or odd it might be! I am mixing my passion for electronic music with elements of what I grew up on, namely 90’s Hip-hop and also alt genres. Even stuff like Deftones and the like. I got started in all this a long while back and it was nothing more than being moved by music and wanting to learn the process. So alongside the songwriting and producing, I’m as passionate about audio engineering and that side of things too.

SBS:  To me, I feel like I’m almost at the point where I could pick out a Good Spells cut out of a lineup on a playlist blindfolded.  Which is a great thing yo – identity in music is seriously one of the toughest things to create over the course of a career.  What do you feel are the most important ingredients to the music you’re making…like what does a Good Spells song have to have in order for you to put it out as a single?

Good Spells:  I have to have an element of obscurity in the music. Even if I make a straight pop tune, I might add a weird, mangled, breakbeat underneath it all. Anything to bring the song to a stranger place. I will be working with other artists more in future but even on collabs, I will push for some eerie takes. Maybe ask for some takes where they perform their vocals way back off the mic. I might then add an ethereal reverb to that take and keep things in a space where, it’ll almost certainly be different to anything else you’re hearing.

SBS:  Speaking of singles – you just dropped another one, called “Lost Ones” towards the end of last month in November.  Looks like you’ve got a great response to it so far according to the hit-count & whatnot.  Is that how you measure the success of a song in today’s world brother?  Is it really as simple as the numbers of views on a video, or hits on a song – or are there other aspects of defining a single’s success that are more important to ya overall?  How do you personally measure success Good Spells?

Good Spells: Honestly. Numbers are great, can’t lie. But if I’m satisfied with a song and I’m proud of it, then that’s a success. I’m not sure I care that much about, whether the algorithms we all swim in, will be kind to the release. I’ve had songs where a platform algo’ has been kind and pushed the song, and others that the algo’ skipped on. There’s never a guarantee. I’ll be pushing for more editorial playlists once Good Spells catalogue has increased a bit!

SBS:  How about specifics my friend.  What can you tell us about “Lost Ones” thematically, and/or about what went into making it?  The song, video, all that good stuff – we’ll take any details you want to share.

Good Spells:  ‘Lost Ones’ was built from the ground up with a kind of ambient pad and my trademark massive drum hits. But I fleshed it out over time. The original was very sparse and actually really cool, but I think my temptations got the better of me. I intentionally kept some of my vocals low in the mix to add to the ghostly feel and then the chorus becomes clearer. Like the realization of the song. The video was a mix of footage I had to license and some shots that my little brother came and shot for me. The shots we did were shot on an iPhone 14 Pro Max in Cinematic mode. It’s just mad what phones are capable of and I have some videos planned that’ll be shot entirely on iPhone.

SBS:  From the time you started making music, to the artist you’ve become now – what do you feel like are the three most crucial points of evolution you’ve gone through?  Was it advice from someone?  Was it something you learned along the way?  Equipment you purchased?  Obviously evolution is always the goal to a certain extent…so tell us Good Spells…what were three key moments along the way that had you leveling-up, and why were each of these points in your career so pivotal to the growth you’ve had?

Good Spells:  I owned and ran recording studios in the past. One in London and a couple up in Manchester, here in England. For me, getting my home studio sorted was a huge milestone because I could work efficiently and whenever I wanted. I work out of a custom Airstream trailer and it’s been made into a studio with Rockwool insulation in the floor and walls, as well as Gik Acoustic panels and a bunch of other stuff. Secondly, I think nailing a template for my project stuff, has made life so easy. I have a kick drum I spent two weeks nailing and I use a version of it in everything. Same for the snare. Third point of evolution, is probably a mindset thing. My daughter arrived a couple years ago and I’m driven to deliver on what I know I’m capable of and maybe one day, she’ll be proud of her old man.

SBS:  What is happening on the horizon for the future of Good Spells?  What would you say that you can do better this coming year in 2023 than you have in the past to-date so far?  Have you got any plans to further evolve the project overall, or expand the capabilities of what you can accomplish?  What’s up!?!

Good Spells:  I will be working on more music. I have so much planned. More videos also. I’ll be working in France a bit too. I love the French Alps and we plan on some time there to be up in the mountains where I’ll create a bunch of base songs to bring back to the UK and finish up.

SBS:  Alrighty my friend – you’ve made it to the end, and thanks so much for your time!  We always give our guests the opportunity to say anything else they’d like to, because no single interview will ever really cover it all, you know?  So please take this next space to say anything else you’d like to, know that we appreciate you and that we always look forward to the next time our paths cross again with Good Spells!

Good Spells:  Thanks again for the interview. I’d like to just shout out my wife, Vicky. We’ve been through so much and she’s my biggest supporter. And I mean that in real terms… I run all of my music passed her and she is never anything other than honest. Sometimes it’s brutal! But without her as my muse and sounding board, I’d be nowhere.

Find out more about Good Spells at the official website:  https://goodspells.tv