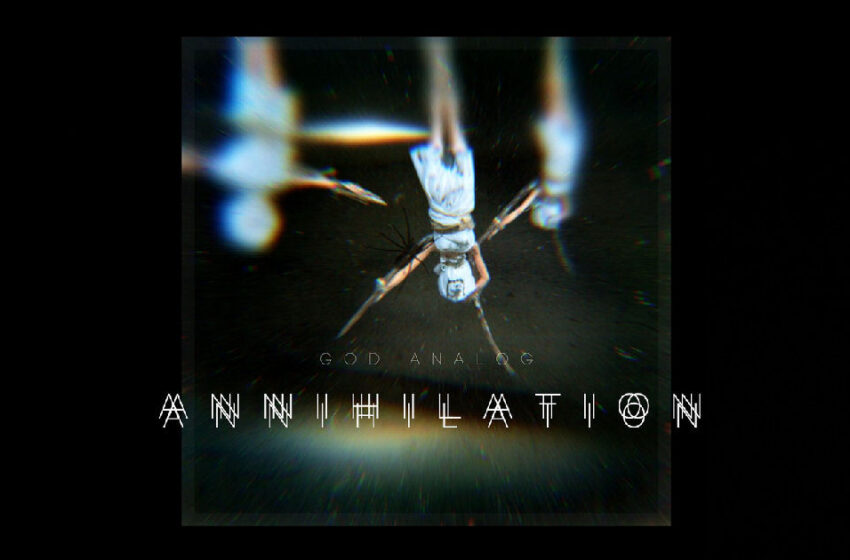 We’ve been slowly shifting into a really cool part of music’s history that is actually still savagely new to us.  While there are actors & comedians & others out there hocking their image for several bucks per minute on sites like Cameo, the artist community is gravitating towards places like Sound Better & whatnot, which can genuinely provide the average everyday musicians an opportunity to work with some of their heroes, just like Adam Days found from the heart of his bedroom.  While the recipe for adding name recognition isn’t necessary perfect yet – or safe from grifters & mercenaries – if you’re lucky enough, you can assemble a crack team of all-stars online to get your music out there…which is cool.  Or maybe Adam’s just got awesome connections, I honestly don’t know the full story on that.  Believe me when I tell ya though, I get it – I looked at the lineup of players in God Analog that came from bands like Ministry, Bush, OK Go, and Hinder and pretty much conclude that this is indeed living the dream for those that haven’t had the opportunity to do so yet.  I don’t know Adam’s history…I don’t know Adam FROM Adam, if you follow me…but I can only imagine how stoked the dude must be to have players of this caliber jamming it out along with him.  “Adam set out to create a sound as unique, yet familiar, as the music he loved.  He wasn’t entirely successful, but he was reasonably happy with the sound he developed nonetheless.”  I liked reading this statement a lot actually – that’s fuckin’ BOLD y’all…to have the lineup he’s got, and not come out a stark raving lunatic that is simply going to say absolutely everything worked out PERFECTLY…ends up speaking volumes on behalf of his character and vision.  In this industry where independent artists/bands rack up millions of hits days after their releases come out through devious promotional tactics, leaving behind half of the acts in the mainstream that actually EARNED theirs through freakin’ hard work…what can I say other than I appreciate Adam’s damn near brutal honesty – especially considering the fact that God Analog has only released their debut single so far.  Just because we might find the right pieces to the puzzle doesn’t simply mean we can put it all together in one night, you feel me?  So give this project some credit & give it some time – it’s on the right track.  “Annihilation” is definitely a solid start & there are tons of reasons to be encouraged by this.

Adam holds his own, and he should be proud of that.  As far as I know, he’s rocking with the drummer from Bush & guitarist from Hinder on this particular cut, and it’s arguably quite a winning combination.  I like the uniqueness of the lyricism…I dig the sound of the vocals and the effects used on them, though I’d probably give them just a bit of a bump in volume if I’m being real with ya – but that being said, the result of having them set lower in the mix surely does wonders for the music, which sounds massive.  The drums hit hard, the guitars start out great, and end up even greater…ultimately, it all kind of does when it comes to “Annihilation” really – I felt like the opening three minutes worked well for sure, but it’s the final minute of this song that explodes straight to a whole new level of intense sonic-badassery.  The hooks work though…and by that, I mean they work well for an Alternative fan like myself – I can’t guarantee a track like “Annihilation” is necessarily going to work for everyone out there, but music rarely ever does anyhow.  To me, a single like this actually has more in common with something like the dark artistic vibes of Placebo than it does with any of the member’s origins & bands they came from…but again, that works for me personally, I’m still a huge fan of that band to this very day, though I’d be the first to tell ya their sound is definitely on the more niche side of Alternative Rock.  I also really liked the added drama found in the shift into that final minutes…the smart use of strings was extremely effective there, and listening to this whole band from the music to the microphone go on to rip this whole final minute the proverbial ‘new one’ was something to behold y’all.  To be “reasonably happy” with this whole sound as Adam tell us he is…is probably a bit on the modest side of assessments…he should be justifiably pretty damn stoked about the results of a track like “Annihilation,” even if it’s going to appeal to a narrower audience than the giants he’s spent his life looking up to like David Bowie, Depeche Mode, and Marilyn Manson.  Give it some time my man…like I said, I hear tons of reasons to be encouraged by the results on this cut – the performances & production are essentially bulletproof already, and the material in any band continually gets stronger over time as players play together.  It certainly ain’t easy to hold your own competently & confidently next to a whole crew of all-stars…and Adam DID that…so given that intimidation/shyness factor is out of the way already…I’d expect this dank underground project to continue surging from here.  “Annihilation” is a seriously crunchy and cutthroat single…I dig where God Analog is heading for sure.