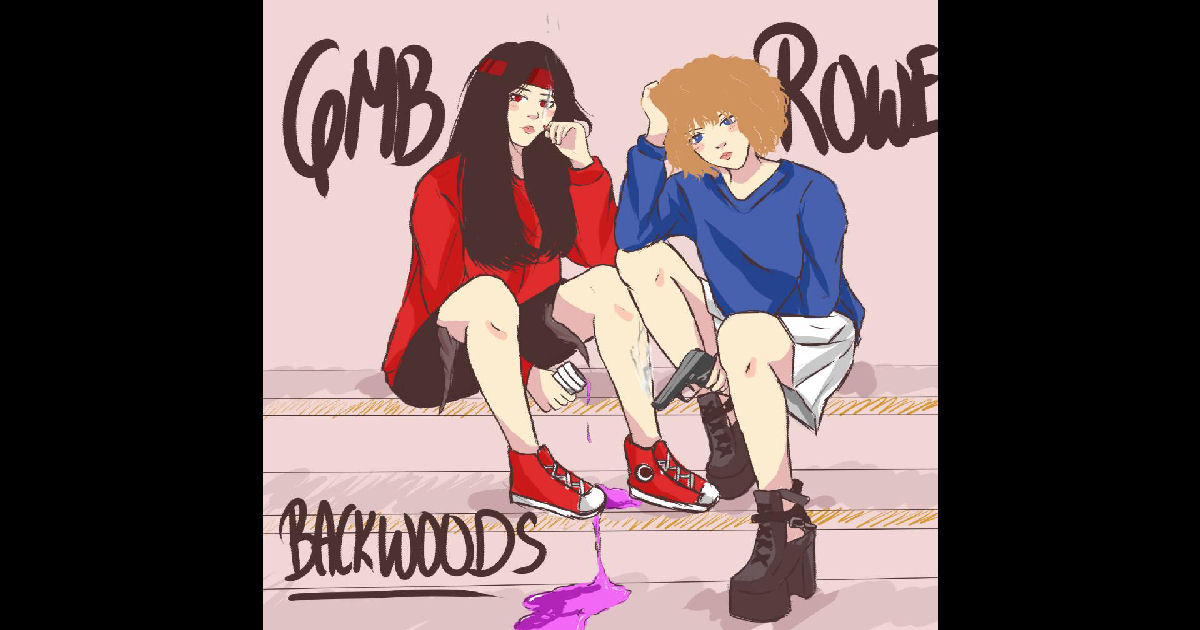 GMB Rowe ain’t fuckin’ around y’all – it only takes one listen to “Backwoods” for you to realize just how serious this emcee is…you can hear it in the gripping tone of his voice as he rips apart these bars.  Whether you consider it slow-burning Trap, Club, or straight-up Rap – the menace & mischief in GMB Rowe is in full-effect and sounding MASSIVE – this emcee keeps it mean & lean on the mic, saying exactly what’s on his mind without wasting any time getting to the point whatsoever.

For example, “I let my nuts hang, you can hear’em swangin.’”  Word to that…I struggle to squeeze these grapefruits of mine into my shorts every morning too homie, I hear ya.

Alright…so…clearly GMB Rowe knows how to add in some humor into his flow as well.  Don’t get me wrong, I do believe that he does indeed let his nuts hang and that you likely CAN hear them swangin’ – like I said, this dude sounds like he’s about twenty-feet tall on “Backwoods,” so I mean, I’d believe him right now if he told me he had nuts the size of that boulder chasing Indiana Jones.  So…it’s like…it might sound like there are moments where he’s slipping in some jokes or a line or two to raise any eyebrow – but believe me when I say, GMB Rowe is just about the last person to let you in on whether or not he’s trying to be funny or not.  Not even kidding, I’d be afraid to laugh at that line in front of this guy if we were in the same room together…I can just imagine snickering at him reference his nuts and him looking at me straight in the eyes like, “what’s good?”  No matter how much a line might amuse you – OR him for that matter – GMB Rowe sounds so deadly serious the entire time that you have to assume he means every single word he’s spittin’ into the m-i-c.

And as I’ve often said on these pages over the years, it’s confidence that can make all the difference in the world.  It’s not just what GMB Rowe is rapping about – it’s HOW he’s rapping, straight-up that pulls you into the “Backwoods” single.  If there’s one thing I’ll always dig, no matter what genre I’m listening to, it’s an artist or band that is right into the moment in a way your ears simply can’t deny – LISTEN to the way that GMB Rowe commits to the vibe, rhythm, pace, & flow of “Backwoods” and you’ll get exactly what I’m talking about.  He’s not stepping to the mic timidly – he’s grabbing it like he owns it.  You know, kinda like a dude with really, really giant nuts would do – just sayin.’

The point is that the focus is there and that the effort has clearly been put in – this is wild, raw, & real – but still approached like a true professional and veteran of the mic.  The hooks are strong, most of which are supplied direct by GMB Rowe and the way he shifts his words throughout the verses…chorus hooks are decent as well, but admittedly, it’s the intense character & supercharged-meets-chill charisma he brings to the innovative way he raps in those verses that catch my attention most.  Memorable though, in either aspect…they’re both strong parts and GMB Rowe has no issues making a maximum impact as he transitions from part to part in this song.  Strong beat with a haunting atmosphere that sounds deadly…spread-out with a ton of space to allow GMB Rowe to get right up in your grill & spit his words.  It all adds up to solid entertainment…though again, everything this emcee is rapping about on “Backwoods” ain’t just here to entertain – it could all be as serious as serious gets and entirely real talk.  Smart use of backing vocals & effects – production from Pablo Price has the whole cut sounding tight – there really ain’t anything to complain about – the star of this track remains the star with a stellar performance on the mic that sounds as badass as it does inspired.  Clearly this emcee is in the zone right now…and like I said, that confidence matters – it’s something you can totally hear on “Backwoods” as GMB Rowe dominates the mic with verbal strengths flying through the air like fists looking to land a hook or two straight to your dome.  He’s on target here, no doubt about it.

Find out more about GMB Rowe at his official Facebook page:  https://www.facebook.com/pg/gmb4ever