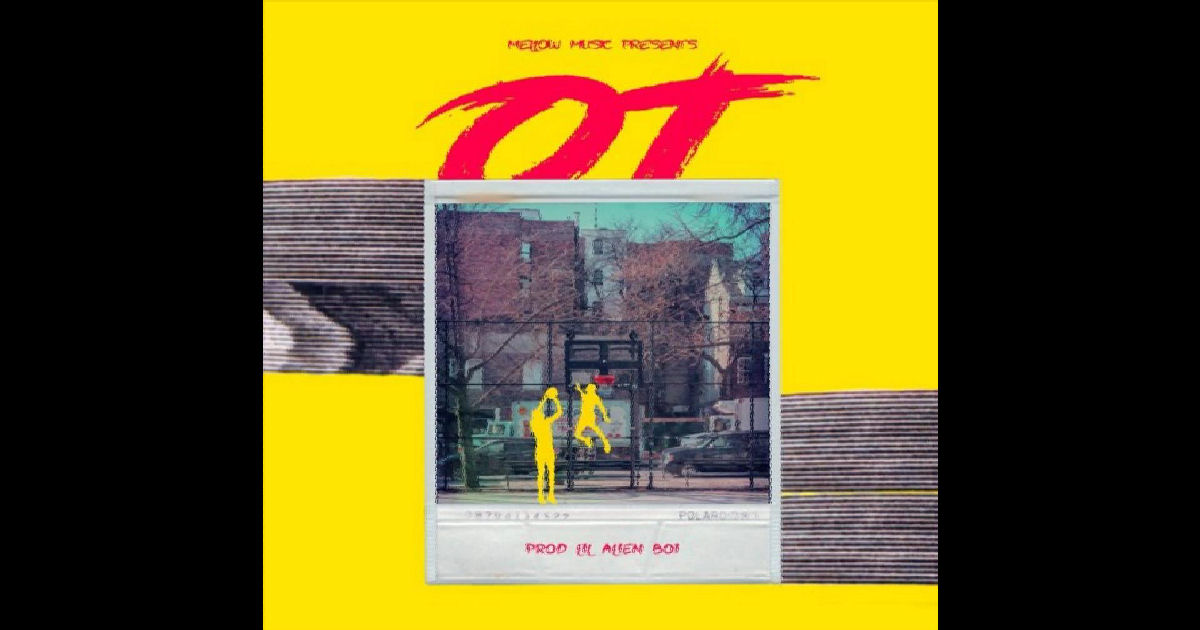 If you checked out the video posted up here at the page for Giovanni Davinci’s single “Summer Time Vibes Part II” then you’ve already got a taste of what makes this emcee a memorable force on the mic and heard the skillful flow that creates undeniable audio entertainment.  If you haven’t checked that out yet…well…DO that…that’s why we post that stuff up homies – you can find it here and I fully recommend that you do.  Today, I’m just thankful for the opportunity to get a larger snapshot of what’s goin’ on in Giovanni’s music and have a chance to dive further into what this dude’s all about through a handful of new singles from his Soundcloud page…and as if on cue, the main man on the mic dropped an intensely rhythmic & personal cut the provides that insight on the very first track I checked out, “No Options.”

There’s so much that’ll catch your attention when it comes to this first single-worthy tune – “No Options” instantly puts the dynamic flow of Giovanni right in the spotlight, adding another layer of rhythm & melody to the mix with the tone of his voice.  In his voice, you can hear that important ingredient that separates the men from the boys out there when it comes to rapping – many emcees can spit out a fast rhyme, but it’s rappers like Davinci that not only hit the metering & cadence flawlessly, but they STILL have time to ensure that generous amounts of energy & character come flowing through the mic attached to the words & performance.  That matters – and it plays a giant role in just how much “No Options” appeals to our ears…once he starts rollin’ you never want it to end.  Giovanni’s done an excellent job with the imagery & detail in his words and really communicated the struggles he’s experienced from a personal but relatable level we can all connect with.  And not only does it go into the hardships of the grind, but it also adds an insightful layer of hope by detailing how he found a way to rise above it all…and in my opinion, there’s a line in “No Options” that says just about everything that any independent musician or artist in any genre needs to hear:  “Hard work, dedication is the reason why my phone chirping.”  Bottom line is the man took it upon himself to get it DONE, no matter what it took, he relied on himself to find his true path forward – much respect to that.

Like I was saying…it’s that personality in the words, the tone of his voice on the mic…that’s what’s separating Giovanni Davinci from the rest…the quality of his rhymes is seriously top-shelf stuff.  On “Simple Man/Simple Woman” you get the sense that, this story of the struggle in relationships is based on real experience…but I think you’ll be surprised at just HOW real it sounds – and that again, is because Davinci is putting everything he’s got into his performances…he makes this song gripping.  LISTEN to that first set of bars…listen to the instant venom in his voice as he examines his situation internally, audibly bringing his thoughts & pain to the surface, unafraid to dive deep into the bold emotions behind the words he’s written.  “Simple Man/Simple Woman” confirms that Giovanni really understands energy, atmosphere, and texture in sound…the vibe on this cut is seriously strong and you can feel that added layer of seriousness hang in the air.  Confident, cool, collected, and just barely contained, you can hear the burning emotions that play a role in the writing, brought right to the surface through Giovanni’s intense approach to the lyrics and bars on “Simple Man/Simple Woman” – he’s mad here, and he ain’t afraid to let you in on that fact, trust me.  This whole track is an impressive release of some genuine rage and pent-up feelings, all put perfectly into words that flow with brilliant rhythm & style throughout.

Lyrically, I think “Old Thing Back” is an impressive cut…when you get right into the words and the poetic way they’re written, I think many people would appreciate how he’s come at this cut.  There’s definitely an old-school approach being applied here to this break-beat that radiantly brings out that real hip-hop vibe, and the artistic way that Giovanni approaches his flow adds many memorable moments to this song along the way.  That being said…”Old Thing Back” surprised me a little…in terms of what I was commenting on earlier about how he finds the right vibe for the music…on this cut, at times it felt like the words existed before the music, or without the music at all when they were first written, and then adapted to the beat on “Old Thing Back” later on down the road.  It’s hard to say ultimately…Giovanni is unquestionably reaching for a more artistic combination here between the words and music…and in doing so, it’s natural to expect that the rhythm & flow of what he’s doing would change as well.  Like I was saying, “Old Thing Back” has moments where everything undeniably snaps together as perfect as you could ever hope…but it was the first time I felt like I could noticeably hear the wheels spinning in Giovanni’s head line-for-line in a few spots as he sorted out how he was going to approach a few of the bars on this track on the fly as they came at him.  I mean…we’re really splitting hairs here…it’d be like a millisecond’s worth of hesitation at most…just a few spots where it sounded like he was less sure of the direction than we’ve experienced on the other tunes we’ve heard so far, but for the most part, right in line with where it should be and still wildly entertaining to listen to.  Especially the detail in the words; while they might give the pace an awkward moment or two along the way, for the most part, the insightful amount of expression he includes on a lyrical-level creates a cut you can come back to over & over to get the full scope of the story and how this all adds up.  Giovanni kind of reminds me of Speech from Arrested Development…in a lot of ways actually…top-notch skill and knowledge-bombs on the mic from both emcees…and not to hammer the point right into the dirt, but again, personality & charisma.

The most recent single of the bunch was “Overtime,” which admittedly, took a couple spins for me to get into by comparison to the rest.  Nothing wrong with that…in fact, a lot of the times, it reflects a meatier concept that takes some time for the weight to fully dispense itself…the kind of track that draws you in for those intangible & unknown reasons until they’re all of a sudden clear as day.  The rhythm that Giovanni puts into the stylistic way he weaves his words through this minimalist & low-down slow moving beat gives it that captivating quality this track needed to put it over the edge.  By the end of spinning this one a couple times on repeat, I needed a couple more, and a couple more after that…”Overtime” slowly morphed into my personal anthem after not being entire sure about it at first.  It COULD be that it’s almost playoff time and Houston is set to take it all home, just as I’ve been cheering for all season long…so there’s that…I can’t hide the sports-induced excitement that “Overtime” brings out in me, even if that’s not exactly what the song itself is about.  Hard to hear a word like “Overtime” and not make associations to sports with it…and whether or not its intended, you might just hear this song being bumped loud’n’proud as my boys make their way to this year’s NBA finals in the #yearofthebeard.  I’m off on a tangent here.  “Overtime” was a solid cut…it’s less towards the old-school and more towards the new-school…which speaks to the versatility in Giovanni’s sound & style, he can switch it up at any time and he’s always in pursuit of a new vibe that’ll connect with the people out there listening.  And at the end of the day, I’ve got nothing but love for that.

Find out more about Giovanni Davinci at his official Twitter page:  https://twitter.com/realgiovanni978