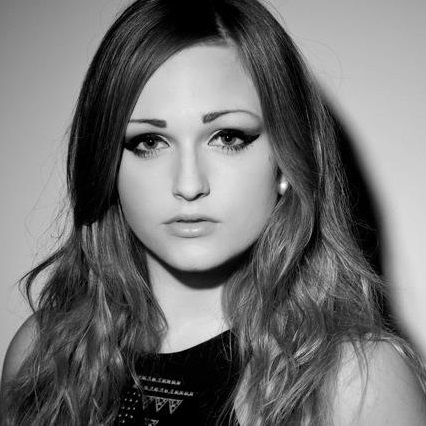 Up until this point, Georgina Revell has been held back, or holding out on us.  She’s been solidly establishing herself in the music-scene over the past two-three years…but all through covers, remixes and as a featured artist on other songs by other people…but she’d yet to have given us all a taste of her own original ideas.  As if waiting for the right moment, or breaking-free of everything that’s ever held her back, “Grounded” not only details that struggle through its words – it’s also not a cover!  For what I understand is the first time, Georgina Revell is now starting to get her own originals out there…and I’m pretty sure I speak on behalf of many of us when I say that can only be a really, really good thing.

The young twenty-two year-old sensation has chosen wisely when it comes to this breakout-single’s sound musically, and she’s matched it perfectly with an inspired performance that highlights the blossoming of Georgina’s vocals after three-years or more spent in the trenches.  The refinement, the class, the style in her voice…it’s all there…and she sounds amazing.  The confidence and tone are both turned up to the max; she sings in low-tones throughout most of the verse, allowing her the flexibility to brighten-up the atmosphere at-will with only the raise of an octave or shift of a note in her voice.  That tone though…she really hits the mark there…such excellent control, great inflections and her excellent choices on HOW to sing it & approach “Grounded” have really put her on a path to success.

Like, the melancholy sound of the muted-piano keys against the big-thunder kick-drum beat, the incredible way the strings support the melody…it all works incredibly well.  You can hear elements of pop/rock/R&B/soul/electro/trip-hop all drifting in & out of this mix…and if it wasn’t for having scanned through Georgina’s cover-songs, I wouldn’t even try to hazard a guess as to what might come next with her music – “Grounded” has that kind of crossover appeal that really leaves us feeling like she could take her sound into any genre and find success.  It’s the perfect kind of song to give that ‘rock,’ ‘electro’ or whatever extra-remix is required to get it into a certain radio-format…because I do hear that this is a song that could potentially appeal to a great many people – I think it would definitely be worth the time for her to roll this track out everywhere that she can.

At the very least, the dramatic nature and dynamics of this song really lend themselves well to a soundtrack for something equally stunning visually.  “Grounded” has the power to really move us, make us truly feel something…a quality that always enhances whatever we’re watching.  And that’s of course intended as a compliment…not at all saying that listening to Georgina isn’t enough; it certainly IS – but I’m saying that the real emotion, passion and pensiveness to this song qualify it to make many moves out there.  I’m saying that it could be just as easily on a soundtrack as it could exist on a playlist.  I’m saying it’s a song that should find success in the charts easily for its hypnotic & beautiful sound.  I’m saying…quite simply…that I’d shop this song around everywhere that could potentially house it.

For all of only twenty-two, it already sounds like Georgina is as confident as a career veteran – and if she can stick to that approach, take confirmation like this review here and really KNOW that she’s got the ‘it’ factor and embrace it fully – she’s going to go a very long way.  Guarantee that you’ll dig the beauty, grace and confidence of Revell’s vocals – she remains the star of the song no matter how many times you listen to “Grounded,” the music and the production are spot-on as well, but nothing outshines the rhythmic and smooth-flow to Georgina’s voice.  Very much looking forward to hearing more from this young superstar…now that “Grounded” has officially broken down the walls for her to continue on her true path into music, I can only imagine that she’s going to find increasingly amazing ways to express herself and her gorgeous voice in the future to come.  Powerful, soulful artist with a very bright future here.