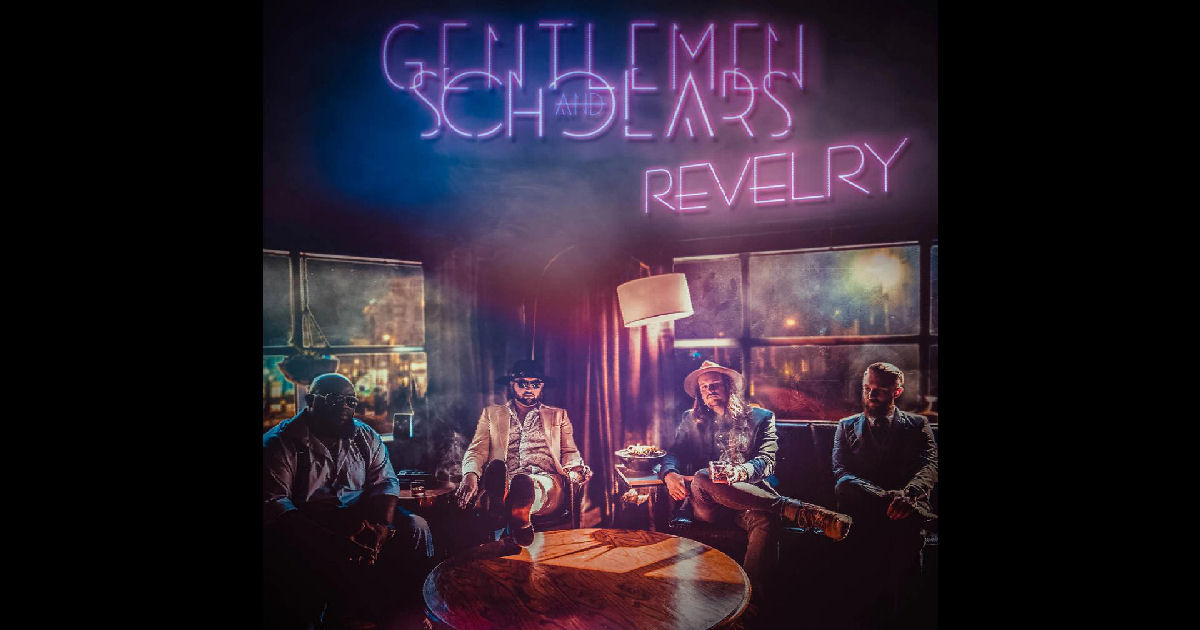 This is fresh.  This is appealing.  This is highly relevant for the right here & now of what’s connecting with the people out there.  Gentlemen And Scholars aren’t covering Jack White on “Crusin’” – it’s their own stunning original…I’m just highlighting the fact that the influence is undeniably audible on this single.  Don’t get me wrong though – they’re no rip-off or cookie-cutter cut-outs – this band from Indiana has a bold groove they can certainly claim as their own & an overall sound you’ll want to turn nothing but UP.

What I absolutely LOVED about the new single “Crusin’” from Gentlemen And Scholars – apart from the killer performance they put in, mind you – was that you really get the best of both worlds on a cut like this.  For those that are looking for hooks that are memorable and guaranteed to get you movin’ – they’ve got you covered…and for those looking for some truly vibrant & lively creativity in the instrumentation & musicianship – they’ve got that in-store for ya as well.  But what makes this single REALLY work, is the fact that they move so seamlessly through this song and its structure that no matter which of those categories you fall into, whether you’re listening for the hooks or for the musicianship, the energy and flow on “Crusin’” keeps the entertainment coming at you full-force.  On a surface-level alone, this shiny & slick set of grooves & riffs absolutely grips & rips through its flashy rock/blues style.

For you audiophiles out there, I think you’ll get even more out of this cut.  The mix is remarkably well-separated, and as a result you get a clear listen to all the elements that comes together to create this incredible vibe.  There’s no doubt that, much like Jack would do, these guys are up on the high-end of their amplifiers & in the mid-section to get that crunchy sound – but notice how much punch they’ve still got in the bass coming through.  For those familiar with this style of inventive rock, you know all-too-well just how often the bass gets left behind in the mix of these treble-happy tunes…I really dig how Gentlemen And Scholars kept that low-end sound contributing to “Crusin’” the entire time.  As for the guitars of this band…man…where to even start?  They’re so ridiculously awesome not just for the catchy riffs they’re jamming on, but definitely also for the amazing texture & tone they have.  The way this band explodes into the chorus with the frantic-tension driving the energy on the vocals, there’s like, zero-doubt that in a live setting or their own practice space, these amps they’ve got are turned up as loud & proud as they can possibly be.  Serious credit to the both the lead & backing vocals of this cut – the electric energy of Jeremiah Galey will draw you in even further by the time the music has already had its way with you & convinced you without hesitation that this cut is indeed, well worth your time.

Drums from Marco Vaughn are bang-on, the keys from Patrick Brady are completely essential – both these guys add a ton of character & noticeable skills in the music…and of course, I’ve already mentioned just how much I’m digging on what bass-player Shane Strickland is bringing to this cut.  Those guitar solos though…people, I tell ya…they are WILD and absolutely incredible to listen to for their mastery of badassery in tone, innovation, and execution all-around.  For those that dig that mix of throwback-meets-psychedelic sound, supercharged with frantic intensity that seems ready to detonate at all times, savage passion in the musicianship, with that signature tin-like tinge to the production that has always been a staple in the rawness of this style…what about this track isn’t to love?  Turn this the hell right UP – Gentlemen And Scholars rock their nuts right off on “Crusin’” – the stylistic-cool of this band shines so damn bright and powerful on their new single that you’ll need to listen to it with shades on.  Awesome.

Find out more about Gentlemen And Scholars at their official website:  http://gentlemenandscholarsrock.com