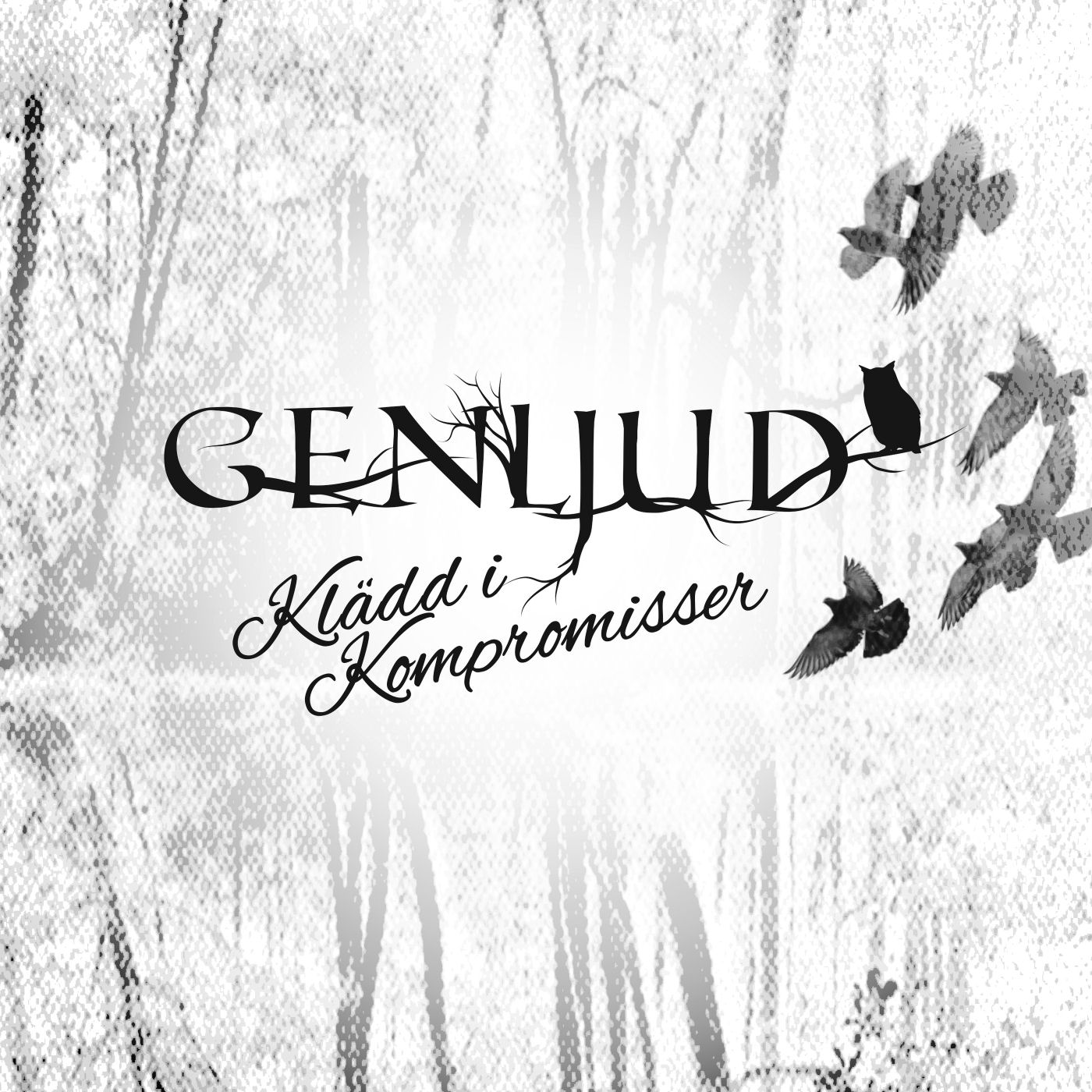 Oh I see how it is. Just because the band is based in wherever Linköping/Norrköping are in Sweden…you think I won’t hear’em? Actually…by this point I can’t imagine I’m still surprising any of you with that kind of stunt…you expect that from these reviews and this entire website hopefully by now. In our constant search for the awesomeness in the independent music-scene out there – I’ve been doing the best I can to find a way to reach globally, much the same as hard-working bands that are really pushing themselves and their careers reach out to us from that same distance away, just as often. Occasionally – that means diving into something where the words can’t quite be the main focus anymore…I don’t understand the language, but emotion and raw-power always translate in music. Forever the universal-language of the people – we experience that feeling of connection more strongly than ever before now with the internet fully functional and the ability to have our voices heard, even from so very far away.

So…though many of the details on the band are in Swedish, the lyrics too…that doesn’t hold me back on my constant quest to hear something new & exciting. What I can tell you…is that although this band has a completely different sound from the band we’ve found they’re linked to – Mudpusher – they do actually share one of the same players between the two existing entities. Mudpusher, who we’ve reviewed in the past…had much of the aggressive and hard-hitting rock/grunge; here in Genljud, Martin Thollander (Bass) is now a powerful part of the band switching from guitar in Mudpusher to bass here.  Alexander Sandell (Lead Guitar/Vocals) power-pop/metalcore vocals drive the sound of this project started it started in 2014; joined by Anton Bergström (Guitar/Vocals) and Robin Söderqvist (Drums) – the two bands may be linked by a common member, but these two sounds are quite different overall. As much as I remember liking the heaviness in their other band…I have to say – the sound/style of Genljud is the kind I tend to eat right up and stuff into my ears as quickly as I possibly can. Always been a massive fan of huge guitars and even bigger vocals with that sincere, alternative-grind/edge that can create some truly powerful and stirring emotions inside – and the Klädd I Kompromisser EP proves that language itself is audibly the last thing that really matters when it comes to communicating authentically. These songs hit the sweet-spots…they hit home; whether or not you understand the words – you feel the strong depth of emotion that’s been poured into this new EP from Genljud…there’s a whole ton of awesomeness on this twenty-minute record.

5 tracks if I’m counting them right…but bear with me because I’m copying the titles from a written-text onscreen of which I can’t just simply cut & paste here…so I might get some of these wrong, the writing’s pretty fancy-like… Same thing with the line-up…I’m assuming this is the order we’ll get on the finalized version of the Klädd I Kompromisser EP when it’s officially released on February 17th, but not 100% certain of anything really other than you WILL in fact, find these songs on it that I’m talking about here today – promise you!

“Nu Faller Jag Ner” instantly puts the fire into the music and starts the EP off running with blazing, anthem-style vocals and powerful harmonies. Extreme guitars and drums all have their standout moments as the energy gets going quickly through the verse and surges with power and emotion in the chorus. “Nu Faller Jag Ner” has a completely solid set of hooks through the verse and certainly through the chorus as well – but what’s likely to impress you just as much is how many hooks the music itself has clearly as well. They’ve definitely set it up to bring a large, dynamic sound to fill their EP – Genljud puts out a confident sound right away that highlights the tightness of this band’s current line-up. Recently switching out some players towards the end of 2015 – Genljud has entirely regrouped, recommitted, and refocused themselves into a solid, secure line-up and have been holed-up in the studio over the past several months refining and perfecting the new tracks for the Klädd I Kompromisser EP.

Showing a real range in their style & sound, “Svart Beslut” uses a fantastic blend of quiet/loud dynamics that really pack a punch when the band flips the switch into the chorus. Alexander sings perfectly overtop of the music in each part – whether slowed-down and filled with a more tender-emotion, or putting himself out there at full-speed/max-power – he finds the right gear and perfect energy to match the tone of the atmosphere swirling around him. “Svart Beslut” sounds to me like it has that really powerful, conclusive last-line to its set of lyrics…as the words end, Alexander ends on soaring notes as he sings the words “Svart Beslut” direct…and though I’m not completely sure what he’s saying there – I can certainly tell you from the sound of his voice that he’s believing every word he sings. That makes believers out of us as listeners…just hearing that conviction, confidence and sincerity really connect and hit-home when you’re listening to the raw-power of emotion in “Svart Beslut.”

“En Vacker Värld” amps-up the energy overall once again as Genljud storms into another power-surge; I like that the band definitely has a strong background in harder-music, but that the music here never heads too far in a heavy direction. Each of these melodies, whether put out at hot-tempos or not, they all have a bright-edge to them that really reflects the strength of the genre’s best – but with their skillsets residing in a serious metal-background, they also pack more of a punch than other bands you’ve heard in this style before. Vocally, they’ll remind you of bands like Neve or Marvelous 3 – which for me is completely awesome – I love that powerful, emotional-hit that those bands have in their sound. The aggressive combination takes it closer to I See Stars, or maybe even a lighter-version of Filter…but you’ll get what I’m talking about from that…the sound of Genljud is somewhere right in the middle of there. “En Vacker Värld” puts the heart of the band right out there humming away like a perfect-machine revving its engine for all to hear; drums and bass standout as they keep up to the complexity of the writing, and the guitars shine in their solos and distorted-glory. Powerful hooks are once again sought-out, written and conquered completely through the vocal-flow, melody and rhythm…this is damn good! Great switch in the energy and direction towards the end of the song, and Alex lets out a raging-scream right before they launch into the extreme-hooks of the climb in the chorus once more to finish.

“I Hela Mitt Liv” – I mean…DAMN dude! Someone get Robin some water! Listen to the insanity of the intro as he brings the kick-drum in thundering into the intro of “I Hela Mitt Liv” before the track breaks open to reveal a sound more tender than the rest in comparison to what we’ve heard. This fourth-cut seems to really have that ‘heartbreak’ sound to it…Genljud is once again putting out a strong set of emotions and they absolutely nail this one from the front to the back, left to the right with perfect performances and massive production getting this just-right in the mix. Powerful vocals…extremely powerful really…definitely some of the best you’ll hear on the EP are right here on “I Hela Mitt Liv” – really well-defined parts from the guitars fuel this fire perfectly for Alexander to scorch and burn through the vocals on – very, very solid tune.

Genljud ends their new EP with one of the heavier tunes on the record with “Opportunist.” Serious pounding on this song from the drums and the vocalists both lead & backing give 110% to this cut as it hits harder & harder as it plays and builds itself to the extreme-ending these four players deserved on this record. Stellar in its complexity and execution, once again standing out for everything from performance to production as they hammer one last nail into the Klädd I Kompromisser EP and call it a day; hopefully they’re heading into this release feeling like they’ve accomplished the mission they set out to achieve – from the bold complexity in the writing to the committed performances that Genljud has recorded here, it certainly sounds like they have!