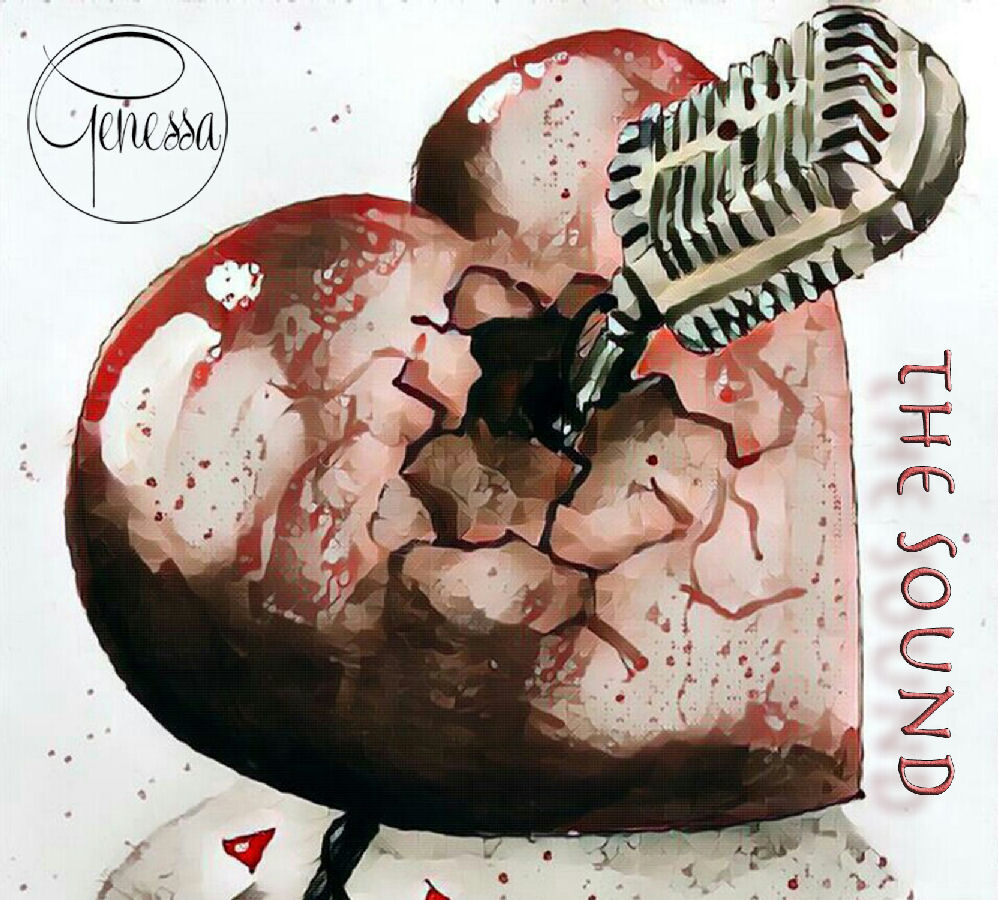 Singer/songwriter and musical-superstar Genessa is no stranger to success – and from what I can hear in her vibrant new single called “The Sound,” I’d expect she can look forward to experiencing even more once this song is officially released this coming April 3rd, 2017.

Based in New York, her credentials are seriously impressive.  Genessa was already touring by the young age of 17…she’s appeared on American Idol…fronted original, cover and tribute bands…performed solo and has had numerous articles and television features covering the rise of her career from the moment she began to make her way into the spotlight.  How’s THAT for some attention?  Not too shabby right?  Believe me…after all I’ve read about Genessa, I’m positive I could take up the next ten-pages elaborating and retelling her incredible list of projects; let’s just say she’s already a firmly established & respected artist out there in the EDM/Chill-step/Pop music-scenes and already well on her way to a lifetime career to be spent creating her art, music and brand by the time we’re catching up with her now as she gets ready for the official release of “The Sound.”

The continual buzz of excitement, support and enthusiasm surrounding Genessa from her peers to her fans seems justified to me after hearing the bold, confident tones and impressive vocal-range on display throughout “The Sound.”  With vibrant dynamics in the music that set a perfect scene for her to let her most powerful notes ring-out clearly into the mix – Genessa remains the clear star of this track with a stunning performance alongside an impressive beat that has just as much hook & pull to its sound.  Smart piano-melodies full of captivating emotion flow gently into the bold electro as the song builds around its chorus as it opens, breaking way to the smoothness and space you’ll find in the verse.  Lyrically…it’s not the happiest of tales…it revolves around the story of finding out the one you love was with another person all along…like, you know…when they ain’t supposed to be kinda thing.  “The Sound” quickly reveals itself to have a storyline of heartbreak in amongst its words…but you’d swear by the powerful way that Genessa approaches this tune that she’s gonna be just fine.  I’ll put it to you this way…if this song is born out of any kind of personal experience she’s had…I’d watch out – the power and edge to her vocals are a highlight example of confidence.  She might be singing of heartbreak – but don’t mistake Genessa for being broken; she might have been down, but this song proves she’s got plenty of fight in her spirit and that she’s ready to come back twice as strong.

Structurally-speaking, “The Sound” moves from the lefts to the rights flawlessly…the production & mix are right where they need to be to make the most of each moment as the song progresses.  Even the vocals, in my opinion, are sitting right where they should be…Genessa’s right up-front in the mix but not so much that it takes away from the music.  Perfectly complementing each other, the music & vocals swirl together fantastically to create a strong, lasting and memorable performance of the song’s melody & main-hook in the chorus.  Like I had said from the very get-go in this review – the hype around Genessa is justified – I can’t hear any reasons not to be proud of this track or how this whole idea has come out, she’s really brought “The Sound” to life with an inspired performance that clearly demanded her all – and she gives it.  Listeners WILL remember this tune, guaranteed.

Highly charismatic & highly entertaining…I’ve got more to say about Genessa and I’ll let you in on some additional details when we spin her new single “The Sound” in advance of its official release on tomorrow’s episode of the SBS Podcast – be sure to tune in here at the main page!

For now – find out more about the beautiful & talented Genessa at her official pages below!