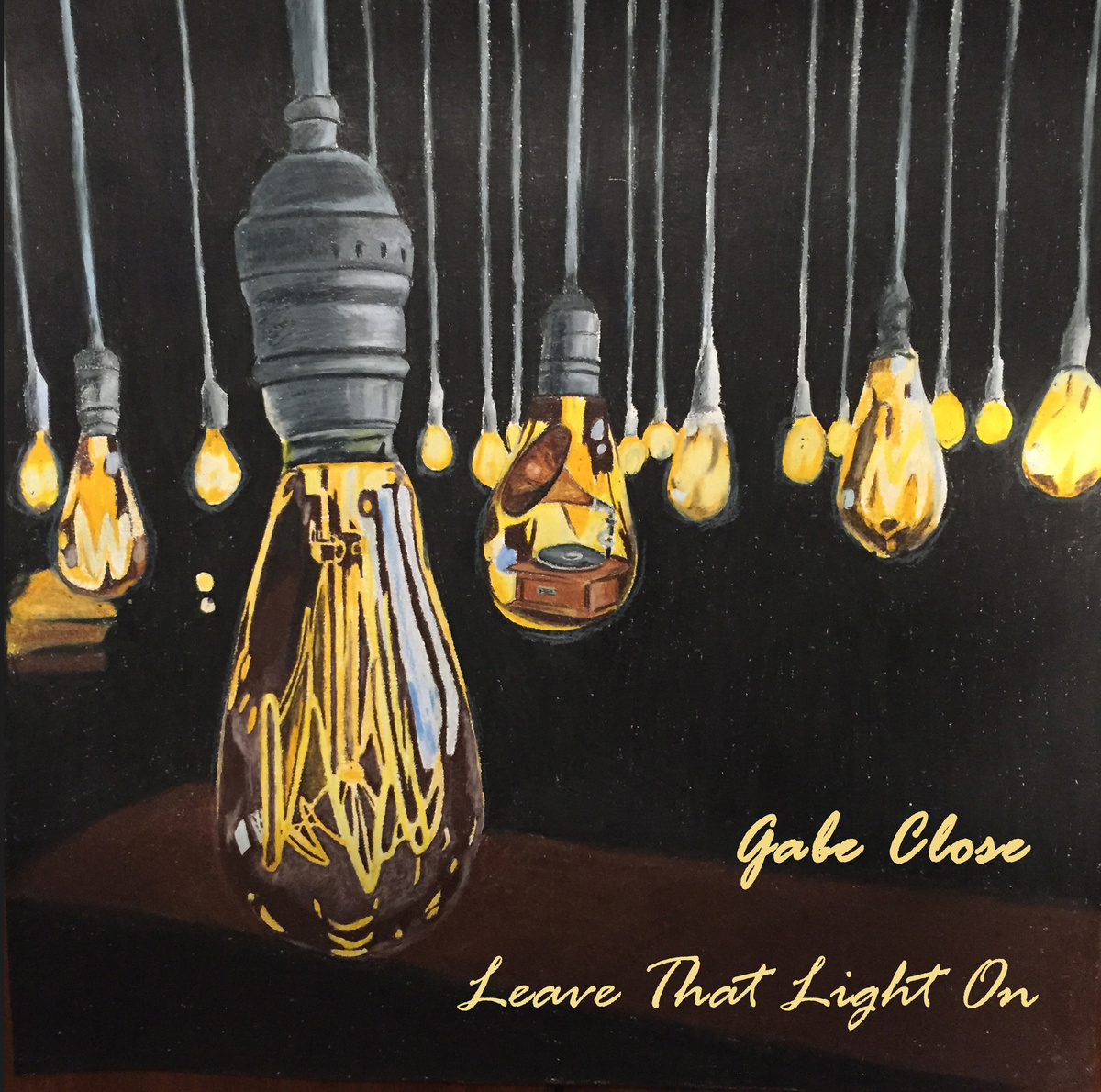 With some of the most warm & inviting sounds you’ll hear this year, Gabe Close opens his new EP with comforting tones of home, with lyrics and sentiment that’s relatable and easy to take in on “Weary Mind.” With a slight twinge of Tom Petty-ish style, this opening melody is fantastically realized and starts off Leave That Light On in a magical, stunning moment that ensures you’ll remember Gabe in the first song on this EP. A great slice of Americana-meets-pop-meets-rock…it would seem this Mr. Close might very well be capable of a great many things…he’s certainly off to a golden start with “Weary Mind.”

The beginning piano-led melody of “Everything Reminds Me Of You” is one of those moments you have to just smile at, knowing that you have NO AUDIBLE CHOICE in the matter – that’s a sound you’re sure to love. Sweet-tones and a fantastic vocal-melody to go along with it…kinda loose like the dude from Train…you know, that style/skill are basically both number-one priorities kinda-vibe. It would be hard not to love this song…it’s perfectly put together…kinda has a little of a Van Morrison & Ray LaMontagne thing going on too, especially when you factor in the excellent horns trumpeting away in the background. It’s an epic bluesy/folk song with a backbone based in pure pop…excellent rhythms & flow in the chorus and by the end “Everything Reminds Me Of You” really finds its way to that whole massive-crowd, singing along kinda feeling. Again…Gabe seems to really possess & harness that power of wonder in music and use it to his advantage once again; these first two songs are fantastic.

So fantastic in fact…that the third song, “Say Goodbye” finally flexed a few moments where I felt like something was amiss. Best way I can put it to Gabe would be to hear how incredible he sounds on those first two songs…now close your eyes…and repeat this mantra…

“I will continue to be more like Van…like Petty…like Springsteen even…but I will also continue to find ways to leave the Bon Jovi aspect of what I do that creeps into my sound far, far behind…”

Yeah! That should fix it!

It’s not that “Say Goodbye” was a bad song by any means…but there are moments in both this song and within the gentle melody of “Love You Like A Man” where I found myself wanting Gabe to pull back the reins on his rock n’ roll instincts and tenderize himself up a little. With the distinct rasp he has in his voice when raising up the volume, it pulls you out of the sweetness of the song…more-so in “Love You Like A Man” I suppose than “Say Goodbye.” And I mentioned the whole style/skill thing previously…but you’ll hear what I mean from these two songs coming after those first two that began the EP…Gabe could clearly be dead-on throughout if he WANTED to be…you can be sure of that because he nails melodic tones at sheer-will, so you kind of also have to assume that when his voice slightly roams off the range or becomes more energetic than the music he’s singing on that it’s all a choice to record it as you’re hearing it. “Love You Like A Man” has a real isolated, melancholy but hopeful feeling to it…very Springsteen-esque; his more stripped-down moments of course.

“Disposable” sees Close return to the lighter-rock, Americana-infused style closer to the playfulness of Train once again. Or maybe like…Train COVERING Springsteen… Of the rhythms and melodies on this EP, there’s certainly influences you can point to throughout…but I’d say that “Disposable” might borrow a little too much from music’s past to feel like anything particularly new to the ear today…it’s performed and played well, but almost so familiar sounding you’d swear it was a cover-tune.

I think the best move Gabe makes is right here at the end with a sharp switch back into the recipe that made those first two-tracks work so well. Ending on the biggest song to grace the EP, the saxophone is absolutely charming in the background of this melody and shines brightly in the solos…love that sound! Great beat, great back-up vocals & harmonies…this song feels all-inclusive, empowering and uplifting…and honestly, despite its outlined-struggle in the narrative of the lyrics, it’s actually a seriously FUN song. I can’t imagine a better ending to this first experience with Gabe’s music…I’m loving a lot about these combinations with piano, guitars, saxophones and big-harmony choruses…this guy really puts a lot of magic into his music; more than enough to put a huge smile on your face and make you really appreciate this moment you’re in now.

Find out more from his official page at: http://www.gabeclose.com/