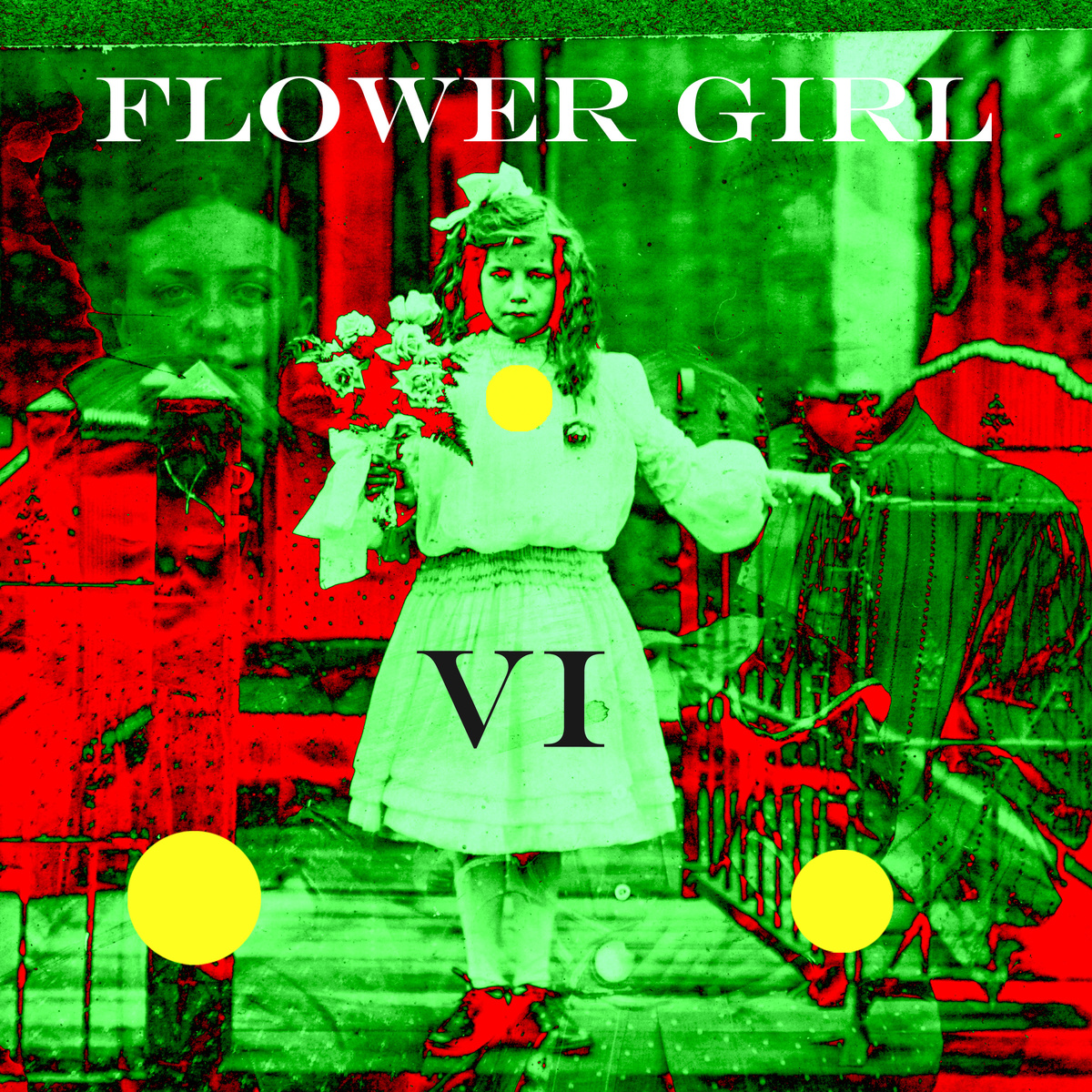 Great things come in small packages. Like I always say, until you push play or see a listing of track-lengths…you just don’t know if you’re in for an album or an EP. I suppose that’s why I’m here partially…I get to play the role of the spoiler for the confused, so here it is; make no mistake – this new four-song set mixes the exquisite and the exotic and is indeed, the very fullest of albums.

From the moment they start into the nearly FIFTEEN minute long opening track, “Dreams,” I was instantly transported into the world & music of Flower Girl. Try as hard as you want – you’re not going to find too many examples of bands rocking out for fifteen minutes, not even on their live releases where they burst into a jam. So to be perfectly honest; I don’t know of a single other band that is doing what Flower Girl is doing right here, right now. I can cite references to ‘sounds-like,’ sure – but none that tackle the sound, texture or atmosphere from this wide-open of an angle.

And that excites me greatly.

There’s an undeniable throwback quality that can be instantly heard. My first inclinations had me thinking about what would happen if college-indie rockers Pavement formed a band with Explosions In The Sky. Would it sound like this? Quite possibly! There are elements of experimental rockers Shoegaze…instrumental track lengths comparable to Godspeed! You Black Emperor…but nothing quite adds up completely to the formula within Flower Girl. The sprawling guitars…the wide-open and free song-structure…at times it might feel like you’re sitting right there in the room as they jam through “Dreams,” and lead into “ERF-2017.”

There’s an interesting effect that happens on this four-song EP. With the length of the opening track being so massive…it really helps the two shorter songs in the middle blend right into this….this like….opus magnum of an album. When we talk about the album itself being a cohesive experience – this is a perfect example of that; it’s put together so well and so comfortably that you’ll hardly notice as one track switches to the next…Volume VI from Flower Girl is a completely whole and completely captivating experience.

Those two short tracks, “ERF-2017” and “One Of The Joes,” have definitely got the moment to shine individually if you’ve got the time to separate them for a second from the other two long songs. The guitar work in “ERF-2017” is absolutely incredible; not only does it have a killer, screaming lead, but the rhythm is just beautiful and spacious, and really allows for some incredible solo work over top. “One Of The Joes,” is definitely on the experimental-interlude side of life as it pulses along in the static with subtle samples and more sprawling guitar work.

Though this band has been rocking for five volumes already, there’s clearly no limit to their creativity OR their courageousness. With an even longer epic driving out the final tones on this album, “Strobie,” is a beautiful monster at more than twenty-three minutes long. I’d be kind of shocked to find out if these guys weren’t around my age however…I’ll be 35 in January. There’s so many familiar tones and elements in the guitar work…like these guys had to be fans of both the Smashing Pumpkins and Pavement for an absolute certainty in my mind, even though the music all three of these bands make are vastly different in style. I bring it up, because the tone and explosive, distorted melodies often remind me of SP’s work on the Pisces Iscariot album…but the songwriting and sporadic nature of Flower Girl really has that feel of the greatest tracks Pavement had to offer.

And they do it all without a single word. Well, yeah, the samples in “One Of The Joes…” I’m not counting those…

But as they cruise through “Strobie,” bass, drums and guitar all come crashing together or drifting apart in all the right ways…and of course, the real key in a twenty plus minute track is to not only provide awesome music, but to provide ZERO boredom…

And let me just tell you people…I haven’t been bored for a single minute of Volume VI by Flower Girl, no matter which track or how long the song. There’s a real sonic adventure happening here…something really new, crunchy & meaty….something your ears can be captivated by, hold your attention and leave you instantly wanting more. The music of Flower Girl holds within it a large element of the wonder and bliss that makes us all fall in love with music in the first place…so go capture some of that feeling & magic by listening to their latest, Volume VI.


Join the thousands of bands & artists reviewed at sleepingbagstudios by clicking here!