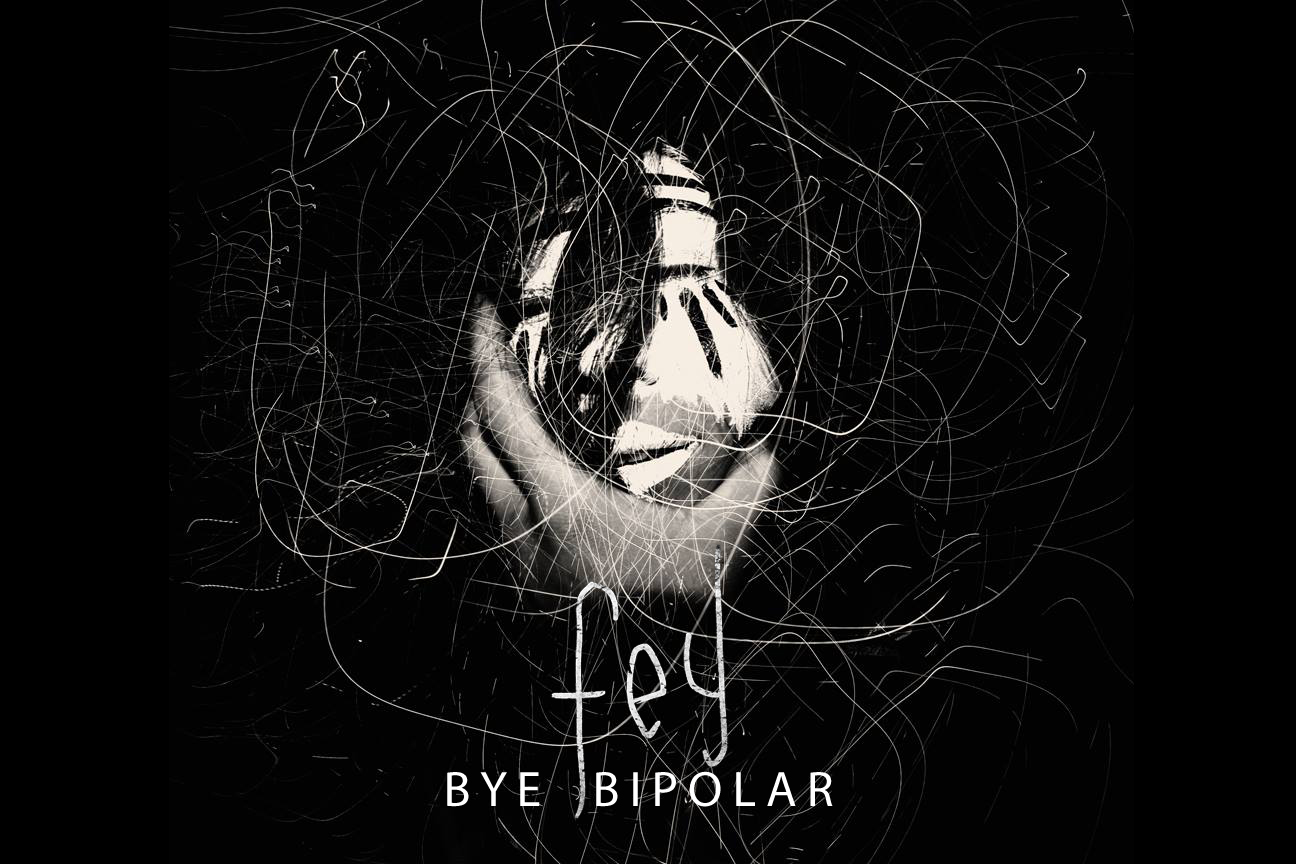 If you already know one thing about me…it’s that I’m listening to music all the time, from every genre we’ve created as a collective whole. If there are two things you know about me…you know there’s a secret shortlist in my brain that waits for certain bands to put out that next album…and today is one of those fantastic days. Vancouver-based ‘goddamn noisy grunge’ band Fey have, at long last, released their debut album into the world…Bye Bipolar is HERE.

Since first seeing Fey live on stage in Vancouver, I completely knew I was witnessing a REAL band with a REAL sound. The way they attacked their music with such a relentless onslaught & genuinely massive presence…I couldn’t help but sit there on the sidelines with my mouth wide open & jaw on the floor. How did I not know of this band already?

As many of you know, we invited them out to do SBS Live This Week…I had to re-confirm what I already knew; Fey fucking rocks. The band, armed with a galleries worth of gnomes, made themselves at home at SBS, answered some questions and then slayed a mind-blowing set right in front of my very eyes and ears. It was by and large one of the highlights of music in my LIFE – what a privilege…what an honor…

…what a fucking performance! I mean…technically my ears just stopped ringing…nearly a year later…and here we are now, with them perfectly tuned-up and ready to listen to the official disc from Fey, Bye Bipolar. I’ve heard these tunes in many different settings now…and you all know I’ve already proclaimed Fey to be one of the most exciting sounds I’ve heard in rock happening RIGHT NOW…so no bullshit, obviously expectations are huge here.

Here’s a bit about my own process…I could have reviewed this album two or more weeks ago…we were lucky enough to have a pre-release copy direct from the band. BUT…in knowing that my tendencies are to find something to like ANYWAY…I had to be extra careful that what I liked about Bye Bipolar wasn’t simply a reflection of me earnestly wanting to really support these guys. No secret here – this is a band I’d really love to see ‘make it’ one day…they play their music like their life is on the line for it, every time they hit the stage. So yeah…I pulled back…listened several times…as objectively as these ears would allow me to.

And you know what? Fey fucking ROCKS. I can pull back as hard as I want, but this music pulls me right back in. So WHAT if they happen to be four great guys? This music on the album Bye Bipolar is separate from all that for me for the moment…had I never met these guys even for a moment, my conclusion would still be exactly the same – this music explodes right out of the speakers and burrows straight into your dome hard, fast and unapologetically.

Breaking you in is the opening track “The Day We Meet,” a track that switches perfectly between a jagged verse right into a full-on onslaught of in-your-face screaming grunge. Vocalist/Guitarist Sam Caviglia is bringing out his inner demons right from the bottom of his chest and draining every square inch of air into these powerfully rage-filled screams. And yeah, they’re screams – that’s not to say that Fey doesn’t include melody into their sound, it’s present through the vocals and music all the way through this album, securing a tightly-made crossover sound.

“Rent Free,” is a a stop/start pleasure that really maximizes the use of Fey’s ability to shrink or expand their sound at will. The loud/quiet aspect of Bye Bipolar is in full gear as this machine-beast of an album explodes from one dynamic to another. The end of this track just cranks at the maximum right to the final breakdown and by the time it’s over…you definitely have to get your bearings again; it’s a dizzying fury of non-stop in-your-face, rock-wall of superior sound.

With perfect layout on this album accompanying the wickedly raw material, “Replaceable History” brings it down just slightly, allowing you some time to change the brown out of your underwear put there at the end of “Rent Free;” but the reprieve won’t last long. In fact…thinking about it…just go ahead and put your brown pants on cause you’ll shit yourself listening to how HUGE “Replaceable History” gets once it kicks into gear.

Always a standout track to me since I’ve known about Fey, is their song “14 Years.” Now, in a way, this is the most radical departure from their heaviness in a truly melodic and honestly darkly-beautiful song. It has great pop-hooks, but not so much that it feels outside of any other song on this album; it fits, right in the middle, perfectly. Many props to the band, Jeff Wang perfectly plays these songs on guitar; whether in a solo, leading or carrying the rhythm – this guy has developed parts that explode out of the amplifiers and right onto the record. Scotty Miller…this guy is such a beast to watch play and to listen to here on Bye Bipolar, great timing, brutally-hard hits and completely inventive & unique writing in his parts. Of course, the man holding all of this down & keeping the Fey songs slaying from moment one to the end, is the unsung hero Taylor Compo who I personally thought was great before yeah, but he really brought it up a level to kick some extra ass on this low-end grunge monster-piece of an album. Together, led by the searing vocals and shredding guitars of Sam Caviglia, they show through “14 Years” that the depth of talent in their band and songwriting is an endless well of pure rock awesomeness.

In contrast to “14 Years,” you get hit in the face with “Grease Pit,” which, with its own gnashed-tooth gnarliness…is just a complete winner and unreal song. Whether or not you ‘dig’ the screaming thing, you can’t deny just how powerfully a track like this comes across. It’s as in-your-face as it gets; and Fey is far from done.

I once saw a show where lead-singer Sam jumped straight into the audience, who held him up while he crowd-surfed screaming out the words to “Zero One.” Listening to this song on record was an important one for me…the music needed to capture that feeling that made him jump in there that night, it needed to have enough energy to support a raging crowd-surfing grunge-punk and musically give me a reason why I’d want to hold him up there, even if it’s a recording and not live!

And it DOES. “Zero One” is an uncaged monster; this song out-performed all my expectations and perfectly encompasses the enormity of seeing them live.

As they carry on into the final track, “Compass,” it starts out solidly instrumental for nearly three minutes before launching into a second-half in a pure highlight and solid finale for Fey’s Bye Bipolar. There’s elements of possible influences like the Deftones, Quicksand, Failure, Chevelle…all heavy-hitters and giants of the genre that have always guaranteed to lay the heavy on you like never before.

Fey can rest assured; if they keep putting the power into their music like they are here on Bye Bipolar, they’ll be joining the ranks of these incredible bands and calling their influences their peers real soon.