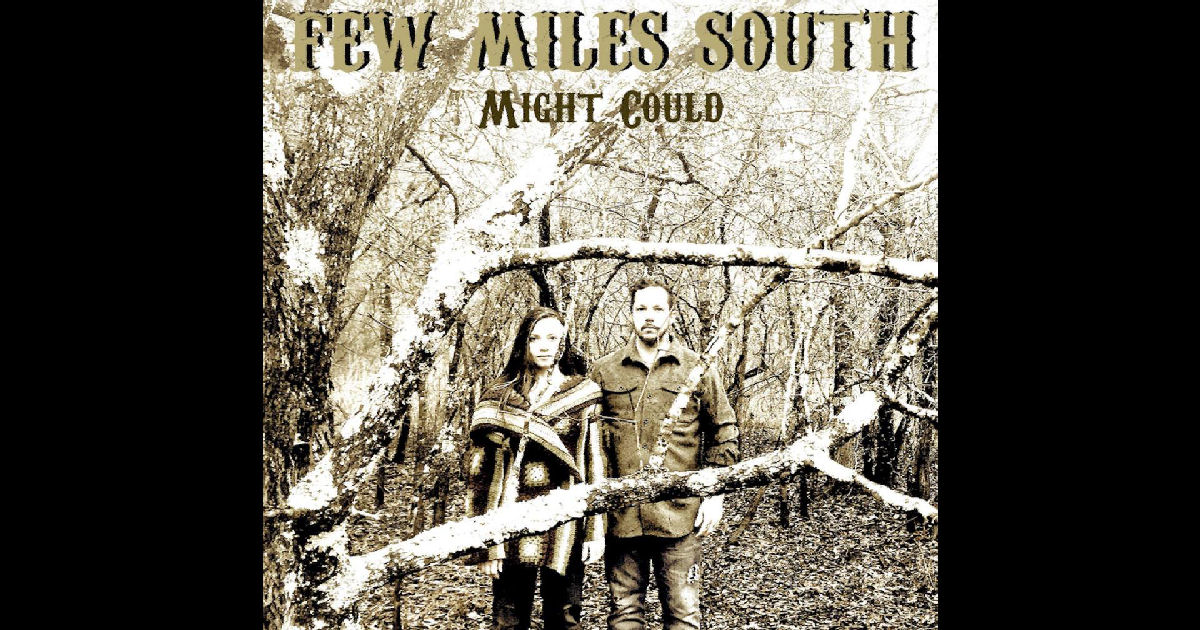 Few Miles South – “On Down The Road” – Single Review

So…you kinda have to put yourself in my shoes to fully appreciate why I started smiling right away when it came to reviewing Few Miles South.  Imagine you JUST pushed play on the music and sat down to do your tippity-typey thing…and immediately, you can hear the unmistakable sound of the Country genre start to fire up through the speakers within seconds.  And naturally, you just assume, you know, like because of the name of the band & all, that this musical-story would begin somewhere like Austin, or Nashville, or even Memphis…the tried, tested, & true havens of the music from the old-school to the new, right?  Show of hands please!  A quick count here…looks like we’ve got just about everyone in the room agreeing on that one.  And now raise your hand if you were thinking somewhere more like L.A.

Anyone?  No one?  Not a single person assumed that this story of Country music first began in L.A.?

Well I can’t says I blame ya partner, I reckon that wouldn’t have been the first thing to my mind either, which is what got this old musical outlaw here chuckling at bit as I started to listen to Few Miles South.  As it turns out, the two co-founders of the group Blake & Tori met in 2014 singing & playing in an L.A. church band…started talking Country music…and you know how the old saying goes; once you meet in a church band in L.A. and start talking Country music, you’re sure to start playing it for the rest of time.  Of course, don’t quote me on that…but I’m pretty sure that’s a phrase we’ve all heard many times before.

Anyhow…that’s the history (sort of) for ya…they’re based in Georgia now, for the record.  I suppose the next logical step is to mention that they go on to refine their style & sound over the years to follow, and in February this year, they released that long anticipated debut, the Might Could EP.  “On Down The Road” is a great choice for a single to represent this band and their music; tightly performed and like…it’s really rooted in the classic Country sound, but really has an energy that I’d imagine would translate readily into the right here & now.  I think what’ll be interesting for the people listening out there, will be the ‘what will you notice first?’ aspect of this song.  Could be the stunning guitar work from Blake English, which inarguably makes an immediate impact for the remarkable tone, proficiency, & skills on display…could be the steadiness in the surrounding instrumentation of the rhythm section and how this entire band really moves in lockstep with each other…or it could very well be the major ace up the sleeve of Few Miles South on the microphone that they have in Tori Lund, who sounds fantastically suited for this style of music.

And in my own humble opinion – she’s going to be the magic that people connect with most.

Here’s why.  When you read about these two individually, you’ll read that Blake has been out there in the scene and he’s certainly found success in his career.  He’s worked with many artists with names you’d recognize as a producer, engineer, writer – all that good stuff…he’s paid his dues and he’s at that point where he really knows what he wants out of his music now.  Tori on the other hand, while she impressively tackled her Masters of Music degree and graduated – she was pursuing Opera at the time; discovering that her heart wasn’t in it must have been devastating on some level, I can only imagine.  You put all that time into something, only to find out later that it’s not what you really want, that can suck, no two-ways about it.  That being said…from my experience, life tends to send you on a different path for reasons unknown, sending signals leading you towards the place you’re meant to thrive in.  And it’s in saying that, that I can only imagine the joy that Tori must have felt in finding her way here to Few Miles South.  The results are fantastic and a complete confirmation that she’s found the space where she belongs – this fine lady was meant to sing Country music and you can hear that on “On Down The Road” without question.  If Opera almost claimed her…believe me, Country music is lucky to have her.  She’s got the personality, attitude, tone, range, talent, and confidence to make the most of every moment she’s on the microphone – and from the sound of this lead-single, she’s definitely seems inspired to use every one of her assets & strengths to her advantage and really take hold of her destiny.

Combined with the absolutely outstanding skills & sounds from Blake and his guitar sliding & soloing away throughout the song, the gloriously up-tempo pace, sweet rhythm & charm meeting the quintessential hardships you’ve come to know & love from the Country music genre – Few Miles South creates a wild tune to listen to and a genuinely great experience with “On Down The Road.”  They’ve clearly both got their heads & hearts in the game, they both bring noteworthy skills & strengths to the band & the songwriting…the combination of passion & professionalism here is definitely impressive to the ears.  From everything I’ve read, it seems that they both would likely feel that being in Few Miles South would be a sort of shot at redemption for them as musicians…a genuine chance to contribute the music they’ve always wanted to make to the world.  And from everything I’ve heard on their new single “On Down The Road” – it sounds like they’re both ready to make that contribution count.

Solid tune all-around…no complaints from me – Few Miles South do what they do extremely well.  Find out more about the band and their music at the official site at:  http://fewmilessouth.com

Tags: EP Few Miles South Might Could On Down The Road sleepingbagstudios