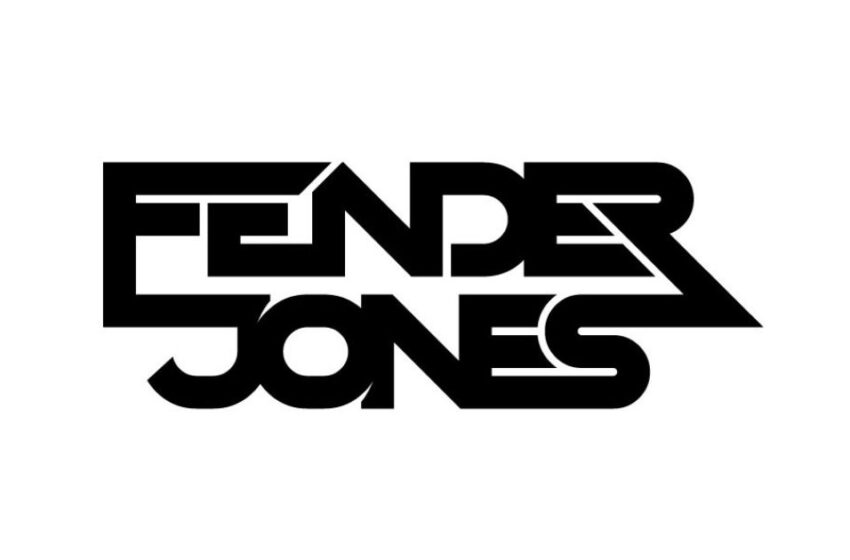 “I fucked up again…”

Well now…this is interesting to me…you don’t often hear songs starting out on that kind of note, yet here we are, and that’s indeed the case – that’s the first line I heard on “How Can I Be Wrong” by Fender Jones.  All-in-all, it’s kind of like…hmmm…it’s like if you took a song by Toad The Wet Sprocket’s debut record, crossed that with the singer from Cool For August or Eskimo Joe, and then like…sprinkled a bit of extra desolation & devastation into the mood, you’d probably get something that sounds close to this.

Did he just say he’d “see you next Tuesday?”  Y’all know what that means right?  I’ll give you a hint if you’re not on the same wavelength…you abbreviate that phrase differently than you spell it.  Like I was tellin’ ya – I’m INTERESTED Mr. Fender Jones…you’re clearly willing to do things differently than the rest are, and that’s always appealing to me.  “How Can I Be Wrong” is like part self-deprecation, and part modern-day love song gone sideways…there’s uniqueness in the writing and attitude that I really dig on here…and I suppose I’d have to say it’s what’s likely to lead Jones to victory overall.  It’s hard to say if I’m being honest with ya – I know that I personally dig this first of two tunes I’ve got in review a shit ton, but I’m not exactly everyone in that regard.  As for what the masses will think…I’m not completely sure they’re just gonna jump on board…they might need a couple spins, or more…maybe.   I look at it this way – Jones has got a voice that, like I’ve cited by my comparisons with Cool For August and Eskimo Joe, appeals to a much more niche part of the potential audience out there in this world we share.  Which is a freakin’ shame if you ask me – they were both great bands that should have gotten a lot more credit for the music they made, but perhaps they were just before their time…maybe the time for that sound is now, and maybe Fender Jones is the dude that brings it to the forefront – it’s possible.  “How Can I Be Wrong” is gonna have to work for its approval though…the music sounds spectacular, yes…and the main star of the show does too in my opinion…but hooks-wise, it’s tough to say if there’s going to be enough here for the average everyday listener.  It’s on the sleepier-side of songs you’ll hear for sure, but man – it already sounds spectacular if you ask me, and I don’t even have the mixed & mastered version y’all.  The guitars are stellar, the drums are too…the piano is a genius touch for the melody, and if anything, I suppose that could probably have more of a presence in “How Can I Be Wrong” and it certainly wouldn’t hurt.  I think it’s genuinely solid already as it is though…there’s not a whole lot of anything I’d seek to change if I were Fender…not every song we’ll ever write is destined to be a chart-topping single, and I feel like “How Can I Be Wrong” would struggle in that regard, but in terms of strong songwriting and bench strength for a whole lineup of tunes, this cut has gotta make the official lineup of the new album Jones has been working on, rumored to be out in April/May of next year.  At least as far as my ears are concerned…I think this is authentic, I think it’s special, and I think it’s got brilliant atmosphere, full-stop.

Of the two tracks, “Nothing But You And Me” is a very distant second to me, although I’m not entirely opposed to it.  I simply think that “How Can I Be Wrong” appeals more to me on a personal level, and I felt like it’s a bit more realized as a song at this stage of the game.  Again, if we’re talkin’ about tangible hooks and all that, then I think a track like “Nothing But You And Me” is more suited for that role and more likely to please the masses.  Does that make it a better song?  Heck no!  It might achieve a more general consensus is all.  I don’t know if you WILL, but you COULD sing along with it.  I think Fender’s got a bit more in him to give to this song vocally still…it’s a tough track to sing in that regard, and those low tones are hard to keep steady.  I’m also not 100% convinced he’s gotten everything he can out of the way the chorus kicks in either…though I think he’s got the right ideas on both counts.  I think the low notes are always going to prove trickier to sing, it’s just a complex melodic pattern that would throw anyone trying to sing it…but when it comes to the chorus, I think it’s a matter of really taking that deep breath and giving it EVERYTHING he’s got…out of the darkness (the low tones) and into the bright, you feel me?  Harness that power, and just give’r, as they say.  There could potentially be room for a female backup singer in the chorus too that could be very complimentary to this song as well too, just sayin.’  Anyhow.  I can hear the possibilities for a track like this one…the drums come out fantastic again, as does the lead guitar…the musicianship in both songs have been seriously steady.   I’m not completely loving the rhythm guitar in the verses of this second track, but that’s probably just because I’m a bit of an embittered a-hole…it’s got groove to it, and people will likely dig on that enough.  I think the real missing variable here, is that it’s actually really tough to define what it is we’re listening to – it’s not crucial, but it’s going to be interesting to see & hear where Fender Jones ends up.  Is he Alt-Country?  Is he Alt-Rock?  Is he a bizarre blend of Alt-Indie?  He’s Alt-something, that much I can tell ya…but it’s that Alt-side of him that’s most appealing if you ask me.  My gut tells me he’s really gonna need more defined hooks for the people to ‘get’ what he does, but the positives to be found in his music are hugely positive…he’s got perspective, he plays with purpose, and he’s got a stellar voice at his most focused moments, delivering that murky mix of barstool wisdom in his lyricism with an enticing uniqueness that’s genuinely different & equally exciting in a credibly artistic way.

Find out more about Fender Jones at the official website:  http://fenderjones.com

Tags: Fender Jones How Can I Be Wrong Nothing But You And Me Singles sleepingbagstudios