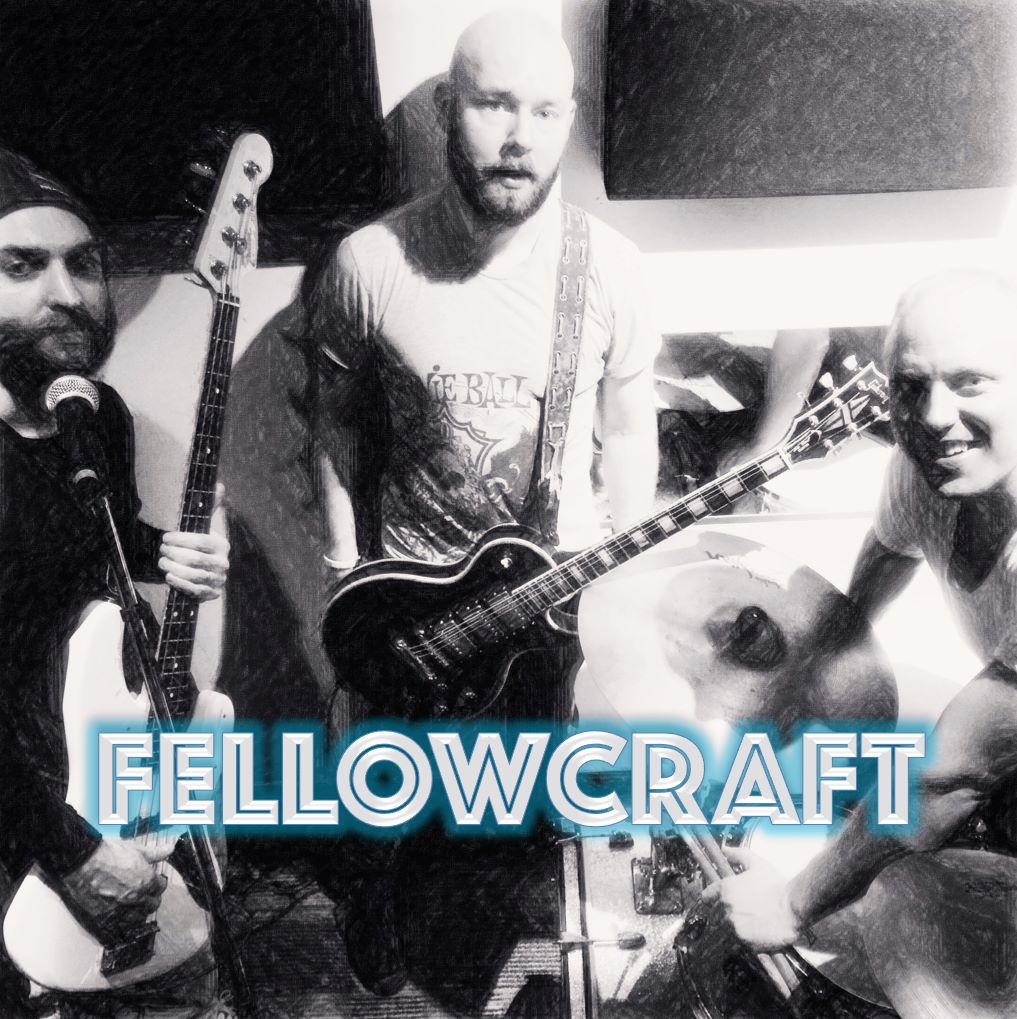 Two debut singles from the recently formed Washington, DC, band known as Fellowcraft coming through the speakers here this afternoon. For being only two-pieces strong, they’re making some powerful sounds here on these first offerings to us all; both of these singles possess a solid rhythm & groove and definitely point to the potential that exists within their chemistry. They certainly lean towards a live-sound; these rock-tunes are definitely the kind you can tell are ready to rip from the amplifiers and out into the crowd.

All things considered and knowing this band has only been around since the last-third of 2014 – Fellowcraft seem to be developing at a realistic and steady rate as they put their material together. “Learning To Love Again,” is a sweet mixture of rock/pop…you can almost hear…what’s that song…”32 Flavours?” at the beginning of the opening subtlety. Heading into the land of distortion with the kick of a pedal, the verse is strong – but like any really good rock song, the chorus becomes even stronger. Good bass tones and rhythm, guitars are crunchy…I like those. The drums for the most part are solid; and by that I mean 99.9% of the time this guy is on-beat…there are the tiniest slips in a few spots that would take a musical micro-surgeon to notice, most people would never hear them at all. Considering the complexity of the beats and the age of the songs themselves, again, I don’t know how much more you could ask for; the song itself explodes and retracts with the right energy and the vocals match the song well throughout “Learning To Love Again.”

Of course…if you’re not looking to rock as much, and you’re in the mood for something smooth as all-hell…then no worries – Fellowcraft has got you covered with their second single “Long Gone.” The intro is wicked, love the quick drum beat & vocals before the world’s smoothest bass-line comes tripping into the mix. Vocals come out great here…there’s a few spots where it feels like more experience & confidence will pay off for Fellowcraft in the long run, but for the most part they’re sung with passion and energy and really go after the tone & melody of the music. In contrast, it’s just as easy to point out there are more moments that indicate a brilliant vocalist here than not; for the most part, he’s kicking ass.

That being said, Fellowcraft walks a fine line. Were it not for the clever & excellent solo work, some smart-writing and performances…they’d be REALLY close to potentially running into a Three Doors Down or Nickelback-type scenario…and no one needs another one of either of those two. Thankfully, though their tendency to bring the stadium-esque power into their sound takes control at points, moments like the beginning of “Learning To Love Again” or the solo in “Long Gone” actually do a ton to keep their music doing something slightly different than the rest and gives it a chance to stand out amongst the sea of bands that is rock’n’roll. That guitar solo in “Long Gone” actually moves towards a nearly Pink Floyd sound & style as it plays…so like I said, Fellowcraft has got themselves a chance with innovative moments like that.

Yeah okay…I know what you’re thinking…a solo isn’t necessarily innovative. Okay…so, first of all, it damn near IS in today’s music, and second to get it anything close to a Pink Floyd or Gilmour comparison is ALWAYS an achievement and pretty damn rare to get it right even though many attempt it. And in rock music? C’mon…Three Doors Down couldn’t pull that authenticity off.

So yeah…there’s promise here for sure and two pretty damn good singles to start us off into our experience with Fellowcraft. These two guys seem hell-bent on making some noise out there and providing a good time for you all from the stage as they mount a tour this year in support of their new songs and upcoming releases.

And guess what? YOU can stay connected with them! Imagine that! In this day and age you say?