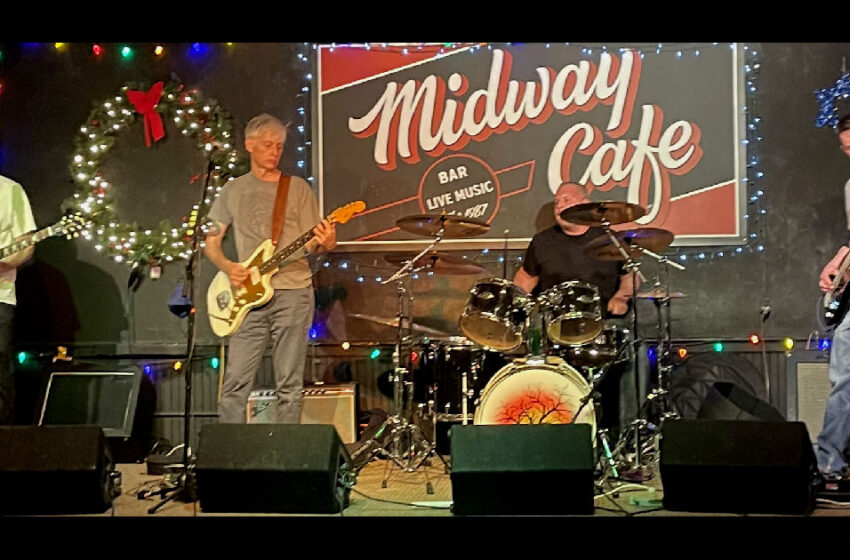 Well would ya look at that…another Rock band burstin’ outta Boston you say?  I wonder if there has been a Canadian-based internet music-page has been relentlessly pointing out that growing scene over these past couple years or more…lemme think…lemme think…

The most confusing thing I can find here is that “The Haunted” didn’t actually end up on the Selections From Live @ Midway Café December 22, 2021 EP they put out last year – though the video they’ve got supporting it would sure seem like it might have been filmed somewhere around there…suspicious!?!

Other than that, seems like the rest is in line, makes sense to me, and like Fantastic Trees are on their way to putting their roots into what has indeed been, a rapidly growing Rock music scene over there in good ol’ Beantown.  Plus “The Haunted” IS out there & available as a single on its own.  They sure know how to make a video stand out – that much I can tell ya – I love the way they’ve tweaked this live footage of theirs into a psychedelically tinged take on the twisted times we’re livin’ in – and the additional visuals they’ve put in are highly effective in their not-so-subtle take-down of everything from conspiracy theories, to political zealotry, to the lies we’re sold by mainstream media outlets, to highlighting our own roles in how we absorb information, for better or (usually) worse.

Seriously impressive lyricism leads the way for Fantastic Trees to make an impression on ya – and they certainly had me at hello with the opening verse:  “You twisted thieves up on the hill / Mask common sense with your new rules / Still led by that crass orange brute / The joker’s your king and you’re the fools.”  I might be Canadian to the core, but believe me when I tell ya, if you’re the politically aware type and/or are still actively using your brainwaves in the right way…you can’t help but feel a line like that resonate with the real power of truth.  Fantastic Trees have got BIG stones, no doubt about that – eight of’em in fact…but most importantly, they know how to use’em for the greater good whilst keepin’ ya entertained in the process.

Find out more about Fantastic Trees at Facebook:  https://www.facebook.com/TheFantasticTrees