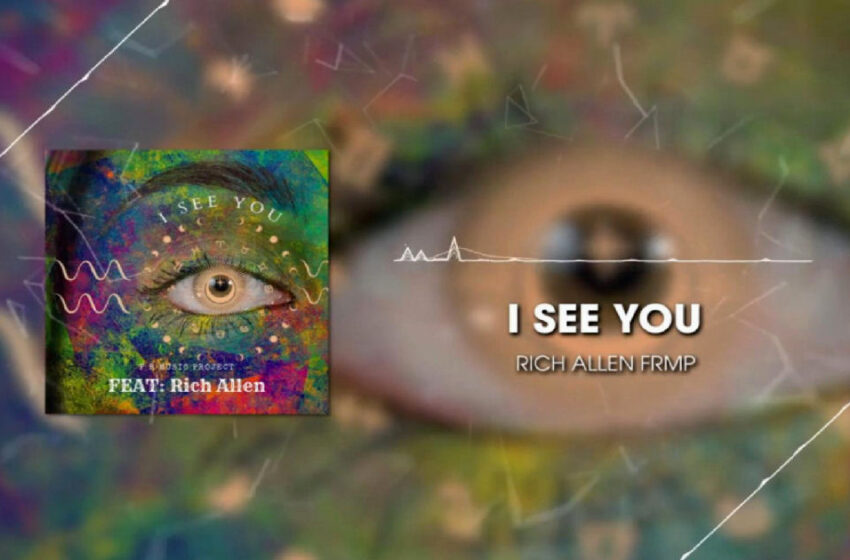 “I See You” Rich Allen…you’re a genuine man of music, and I dig that.

According to what I’ve read about the man behind the music here, Rich has had quite the career even prior to his creating the F.R. Music Project.  He’s started & led bands like The Love Puppies (Ska/Rock) & Facility (Indie Reggae/Rock), in addition to keepin’ himself busy in all kinds of ways throughout the Tampa Bay Area scene, and online through his cover series & singles being released.  Like…the dude even rocks a cover of “Lovesong” by The Cure – in a REGGAE vibe y’all – which…I mean…that’s one of my two favorite bands so I am VERY close to this cut, clearly…but I’ll admit – it worked way better than I could have possibly thought it would have looking at the idea on paper.  I know it ain’t what I’m here to talk to ya about today…but heck, check it out folks – you’ll be pleasantly surprised.  To me, it speaks volumes on behalf of two things more than anything else…one being, the strengths of great songwriting will adapt to different genres & styles almost naturally…and two being, having said that, it still takes real talent & versatility to be able to pull it all off in a convincing & sincere way that we’d wanna listen to it.  F.R. Music Project proves it has the chops to be able to take a dark Post-Punk track like “Lovesong” and liven it up with a new energy to it through the vibrant bounce of the Reggae infusion, and the hybrid Indie-Rock spirit that fuels the heart of the chorus.  Really clever stuff…impressive, even to what I’d proudly proclaim to be one of the world’s biggest fans of The Cure, even though all of their fans would likely say that I’m sure.  You get the point – there are diverse skills & talent in the F.R. Music Project, and a willingness to both explore all kinds of different combinations & to fully utilize a lifetime’s worth of experience to this band’s advantage.  As a result, you can go from something like listening to a quality cover of something like “Lovesong,” straight on over to this new one here called “I See You,” and you’d probably feel like you’re listening to two entirely separate & unique bands – the tunes are that different.

You get the sense that Rich is the kind of man that will go where the music takes him…and long may he ride. 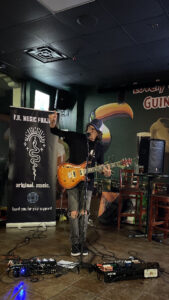 I LOVE this quote I’ve got in my notes over here…Rich says, “I wanted to take the listener to church, so to speak” – sound-wise, he’s spot-on as can be when it comes to the results you’ll find on “I See You.”  Smart use of the organs, brilliant gospel-esque vocals to support the lead as the song plays on, and overall, it’s got a very delicate demeanor that echoes what most out there would consider ‘church music,’ with the right infusion of soulful passion to make it work more broadly for everyone.  I mean, I’ve said it before and I’ll say it again, quality is quality y’all – it’s hard to argue against a song that’s as well-played, thought-out, and executed as what Rich has created for F.R. Music Project’s latest single – and if you can’t end up judging things on that level, it simply becomes the fickle matter of people’s personal taste & all that.  I’m a firm believer that a quality cut like this with as much heart as it has on display…the endearing songwriting and exceptional musicianship…these are the kind of elements that eventually lead a song to all the ears that should be hearin’ it, no problemo.  I’m not here to argue that he’s recreating the wheel with “I See You” – but I don’t think every song needs to BE that, you know?  There’s absolutely nothing wrong with simply executing perfectly & playing to your strengths – and when you’ve got as many strengths as an artist like Rich does, you’re still left with plenty of options.  In this particular scenario, “I See You” is built unapologetically around the concept of true love, and the lengths of which we’d go to keep it, celebrate it, protect, and cherish it for all that it genuinely means to us.  What makes a song like “I See You” stand out separate from similar tunes, artists, or bands that this could be compared to, comes right down to the authenticity, passion, and sincerity that you hear.  For myself…I notice things like just how warm, inviting, and comforting the opening is…where Rich is singing about what he’d be willing to do in order to be everything the love of his life could ever need.  As the song shifts…I wouldn’t go so far as to say it takes on anything too edgy or extreme sound-wise, but it does sharpen up and strengthen with the resolve & conviction you’ll find in Rich’s words – and that’s just straight-up brilliant.  Subtle even with the applied energy – it’s like you’re listening to the sound of the intentions in the words, put into action…and as a result, when you get to the peak of the vocals in this tune just prior to the three-minute mark, you really feel that moment come through & hit home as it was intended to.  We feel that weight of importance, rock-solid belief, and stoic sincerity that never wavers…it all becomes a fantastically colorful expression of love that blooms and blossoms from the music to the microphone.  Structurally, this whole cut is laid out perfectly, with production to rival it.

So let’s be real here…we’ve all heard love-songs before – it is TOUGH to make them stand out…much tougher than people give the genre credit for.  We hear songs on the radio each and every day with similar themes that wildly miss the mark, because they lack the sincerity & heart, the resolve, true grit, and conviction you’ll hear in “I See You.”  The guitar solo alone would have been worth the price of admission…and believe me, I could have written a whole separate article about the awesomeness you’ll hear from that instrument all throughout this single…and perhaps, just maybe, I’ll have more to say about that when we play “I See You” on the next upcoming episode of the SBS Podcast at the start of January – you’ll have to tune in to find out!  In the meantime, make sure to check out what Rich Allen and F.R. Music Project are up to, there’s a whole diverse catalog out there with a lil’ something special for everyone out there, and certainly including this brand-new single in that assessment.  It’s pleasant, it’s quaint, and by the end it’s big, bold, and beautiful – above all things, it remains faithfully sincere, and beams out the genuine purity of this song’s inspirations from every pore of your speakers in the process.

Find out more about the F.R. Music Project at the official page at Facebook here:  https://www.facebook.com/frmusicproject