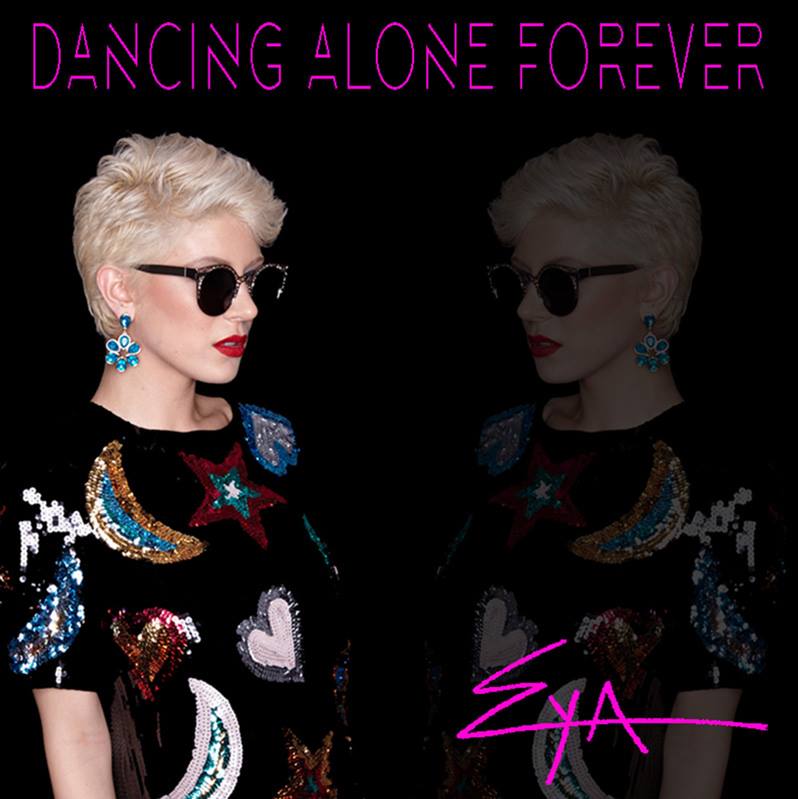 Eya – “Dancing Alone Forever”/”Nobody Else But You” – Singles Reviewed

Electro-pop artist Eya combines positivity and uplifting-energy on her latest two singles “Dancing Alone Forever” and “Nobody Else But You” – cuts that are swift to catch the attention and begin to work their magic quickly with complexity in the edits, sharp-cuts and dynamic-beats that fuel the heartbeat of her new music. I’ve got not much more than a link to the songs and some artwork – it says little…could be part of an EP, or these two-songs I’m guessing at least do come together…but truthfully, I’ve got no idea if I’ve got’em in any kind of correct order…you’ll just have to deal with it – it’s two songs long…at least there’s a 50% chance I’ll get it right!

“Nobody Else But You” relies on the swelling pulse and melody in Eya’s voice in order for it to work as well as it does. She hits this first track I checked out with a seriously determined and focused energy that takes the track all over the map as far as how much terrain is covered is concerned. Using bright synth-energy, she puts the vocals into this electro-melody quickly at the beginning of the song’s intro and sticks with this track in each spot throughout to follow never really leaving the music so much as adapting to the way it changes, twists and turns throughout. With the sharp way that this track is edited, you could potentially assume there might also be some of that when it comes to Eya’s performance on “Nobody Else But You” vocally – but the way that she sounds in each part as it plays suggests that she performed this organically and for the most part linear along through the recording. Maybe a few adds here & there that might have been placed in the right spots, but for the most part, I think we’ve still got a pretty smartly-assembled electro-song that makes use of the natural tones in her voice and her ability to really put the emotion into a whole sound/style of music that isn’t always particularly known for it…she’s done really well in this first experience as far as my ears are concerned.

That being said, the second track “Dancing Alone Forever” almost seemed to come together even more quickly and overall in a more accessible way for most ears as the steady beat and vocal-flow rule the verse of this next tune. What I found I was able to dig on more than most anything else in the music of Eya was that there is actually quite a bit to listen to throughout each of these singles…like, as in the music itself is constantly changing and finding new avenues to head towards, new directions and quick-shifts of movement that make the dynamic terrain of Eya’s music incredibly versatile and allow her to also send her vocals from one place to another just as quickly and with every bit of the entertainment value. “Dancing Alone Forever” is the kind of beat that might be a little more typical in the sense that it does have that highly-danceable beat and fast-pace that quickly captures the attention – but overall through the complexity of the different parts and sharpness of the editing, becomes something much more close to that of Ellie Goulding…maybe even in one of her million-remix phases…but similar in that sense of energy, style and confident performance.

The music in these singles incorporates more than just electro…there’s some rad samples from guitars and other instruments that are more than likely controlled and programmed electronically; but both “Dancing Alone Forever” and “Nobody Else But You” make extraordinary use of their atmospheres and possess multiple-layers of hooks all harmonizing and colliding perfectly together. There’s something here for the electronic crowd…lots here for the dance/pop crowd as well…and while you might not always find me in those genres, it’s artists with the right energy like Eya that manage to pull me into them for a moment or two, capture my imagination and keep my attention. She’s done all that and more on these two singles and though I might consider myself much more of a rocker at heart when it comes to what I’d normally find myself playing – there’s nothing stopping me from checking out more of what Eya’s up to; I’d definitely listen to more from her any time.

Tags: Dancing Alone Forever Eya Nobody Else But You Singles sleepingbagstudios