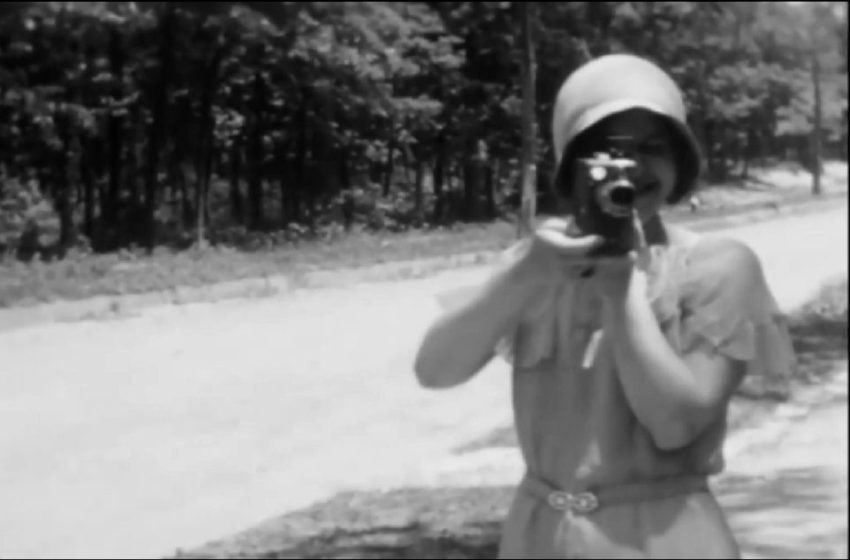 If you’ve ever experienced the true joy of the musical maze, you’ll know full-well as to why I’m as excited about this new single “Midnight” by Ernest, featuring Middle Aged Lady.  You know what I’m talking about?  I’m talking about heading right on down the rabbit-hole…that’s what I mean by musical maze; as in, when you realize one band or artist can lead you to another project, so on & so forth.  Some of the best discoveries & off-shoot acts from what you love in the mainstream for example…think of all the pieces of bands that go solo, or go rogue and start-up a side project…we’re talking about that kind of thing.  It can lead to an audio-adventure streamlined with quality tunes as you move from record-to-record & project-to-project with the comfort of knowing that next thing you hear still comes from the roots of the same tree.

Take Ernest…aka Ernest Humphrey…aka D.Ni.L…aka Neil Card for example…and make sure to consider his band Wasabi Fire Alarm a part of that list of names you can find his music under…to name a FEW.  You can also find his stamp of production and musicianship on a whole bunch of other material as well by now I’m sure – and the catalog of names you’ll find Neil attached to is likely to get exponentially larger from here.  He’s consistently involved in making music happen, whether for his own projects like he is here as Ernest, or for others; in fact, it was just today that he took home some much-deserved hardware from the Youth Music Awards, securing the winning nomination for their Inspirational Leader of 2019.  Congratulations to Neil – it’s an award well-earned…even a million miles away from him over here in Canada, the work he’s done with Tang Hall SMART CIC as their musical director has inspired ME.

As for Middle Aged Lady, aka Sue Williamson, aka Sue Egypt of Wasabi Fire Alarm – her incredible work at Tang Hall SMART CIC and establishing a genuine music-community across the pond in York of the UK, is more than commendable – it’s flat-out remarkable in every way.  She’s helped create a scene where people like Neil can completely flourish creatively, and evolve into the amazing artists, bands, and projects that we know and love today.  PLUS…I mean…her outstanding vocals can’t be denied either.

Legend has it that these Middle Aged Lady mashups that have been popping up online this year, are the result of a program that Sue and Neil had developed to bring what they called a Tea Dance act to the people out there, as part of the Tang Hall SMART CIC repertoire of awesomeness.  After hearing “Midnight” for myself, I can’t even begin to describe what a beautifully expressive idea this truly was to begin with – and now knowing that there will be plenty more to come over the years to follow and that we’ve got the ability to listen to the results of their efforts online across the globe now, has me 100% STOKED.  What they’ve pulled off here is a seriously compelling blend of the old magic in music’s history, fusing the style of 1930s dance with a modern-day approach to melody that’s perfect for the right here & now.  I’d be clearing a bit more space in my award-case Neil & Sue…because this collaboration with Ernest & Middle Aged Lady deserves at least a couple more trophies and a shelf of its own to recognize the excellence happening between them.  Fully impressed by “Midnight” from beginning to end – and if you were to ask me, I think they’ve stumbled upon a highly relevant sound & style for today’s world.  A single like “Midnight” might very well borrow from history in many ways, sure – but there’s equally no doubt of the rare specialness & uniqueness a song like this can provide speakers with all over the globe by reaching so far back to a timeless sound that is as comforting as it is straight-up elegant to listen to.

Cleverly paired with a brilliant black & white video stocked full of footage from back in the day to support it, as far as I’m concerned, I could spin this song from my screens to my speakers on endless repeat and its beauty would never dull.  The closest reference I could make to what you’ll find here between Ernest and Middle Aged Lady would likely be something like Hooverphonic, a band that embraces a similar sweetness & throwback style of their own at times, but it’s usually displayed in a much more theatrical way.  Though the comparison can be justified, it’s the way that the low-key subtle charm of Ernest and Middle Aged Lady combine here on “Midnight” that presents a completely different spin on making the past new again – and I honestly believe that every one of you out there will fall in love with this song every bit as much as I have.  From the record scratches of the opening moments, to the reverse-sounds that come right in afterwards, you feel that pull back to another time, or that you’re being transported into a completely different world of sound altogether.  Add in the complementary comfort of the piano into the warm glow of the atmosphere, and Middle Aged Lady’s perfection on the microphone, the sparkle of cymbals and quaint finger snaps for percussion…a couple scattered jazzy beats & bass-lines in there to bring it all a twist or two designed for the modern era – and you’ll find you’ve got everything your ears and heart desire with this spectacular single.  Not an element I’d change here or even a split-second out of place – it’s stunning, comforting, and captivatingly beautiful – I never once wanted “Midnight” to end; it was the complete opposite effect – now I want a whole lot more of this sound as quick as I can get it.  What a remarkably exquisite, gorgeously expressive, breathtaking moment in time – check out “Midnight” for yourself below!

Here’s one last thing I can tell ya…a lil’ tidbit of info to send you outta here on even more hopeful notes – “Midnight” is the second single in a series of planned releases.  You can also find the first track out there called “Pitter Patter” as well – and that’ll take you on a completely different trip in comparison to what you’ll find in the melodic beauty of “Midnight.”  Neil collaborates as D.Ni.L for that first single released, and you can hear the effect that wild part of his persona carries into the warped sound of “Pitter Patter,” and the look of the video for sure – but you’ll also find that the organic nature & perfect mix of sweet & bold vocals, and poetic lyricism that Middle Aged Lady provides never dulls.  No matter what environment, atmosphere, style, or sound that she’s ever been found in, she gives the music surrounding her a classic grace & beauty you really can’t take your ears off of, nor would you ever want to, even if you had the option.  It’s nearly 180-degrees different than the quaint pleasantness of “Midnight” – but the more present bizarreness of “Pitter Patter” also wonderfully exposes their intentions to collaborate on songs of all kinds and reveals how successful they can be in any challenge they take on.  Neil and Sue are completely built of music from head to toe – each of their projects has hit a verifiable homerun for me at one point or another…or another, and another…you get the idea.  When you’re as passionate about the art & craft as they are, it shines through everything they end up creating from the beautiful to the bizarre – I’m endlessly impressed with what they’ve come up with already, and absolutely just as excited about where they’ll continue to go in the future to follow – this is awesome.