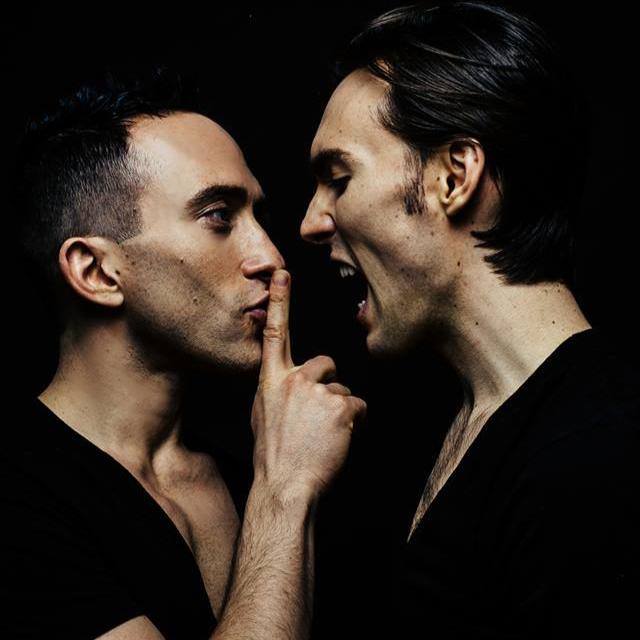 Eric And Aaron – To Keep From Losing Our Minds – EP Review

Impressive songs from the song-writing duo of Eric And Aaron…I really felt like I didn’t know what I could or couldn’t expect in listening to their latest EP, To Keep From Losing Our Minds – and by the time it was over I found myself instantly reaching to repeat and hear more of their massive structures, intense moods and emotional atmospheres. A true testament to versatility in song-writing; the new six songs from Eric And Aaron are full of inspiring passion that beats as strong as the heart they put on display in the beautiful music on To Keep From Losing Our Minds.

Self-described as pop/rock…that’s not completely inaccurate though for the most part I felt the songs lean harder toward the pop side of writing in the lyrical melodies and hooks, delivered through the traditional rock instruments of drums, bass & guitar. The songs themselves range from stunningly serious to completely playful vibes – but no matter the mood or atmosphere they’ve created, Eric And Aaron have found notes and tones that feel as warm as home and invite you to listen in comfort.

In a bizarre way…the opening tune “On The Road” is actually one of the hardest to immediately jump into…but I only know this because I’ve heard the entire recording at this point. And that’s not to say there’s nothing to hook you in – there’s a ton; it just all comes through a song that doesn’t quite transition as naturally and subtly as some of the songs to follow. Kind of reminds me of something we might have heard from Mike And The Mechanics back in the day, but with a much more modern twist on the song. The dynamics are all certainly here during the play of “On The Road,” but they come along with that feeling that there’s a part you’re waiting for to come around the corner as it starts. Once the chorus and the beat kick-in, there’s nothing but highlights from the vocals, piano…and if you’re a musician with a set of good ears for the outstanding, the bass on this opening cut should make you rock-hard…it’s awesome and played with a truly outstanding feel that reveals a real professionalism. While it might not make an impression in ten-seconds or less for our A.D.D.-inspired attention-spans, it has one of the strongest choruses on the EP and the moment that part hits you during your first play on To Keep From Losing Our Minds, it’ll basically confirm you’re going the distance with Eric And Aaron to listen to the rest. And believe me…you want to follow them down this rabbit hole…they’ll take you to fantastic places on these six new tracks.

For a debut EP – these guys literally should be incredibly proud. With their second track, “Woods,” Eric And Aaron already put out music that would immediately pull in fans of bands like Queen, Jellyfish, Ben Folds Five or powerful pop solo-artists like Mika. Theatrical, playful and fantastically melodic – “Woods” is a completely textured love-song full of gorgeous melodies and an excellent breakdown/shift into a full-scale chorus ending that’s been building throughout. Well-constructed, it really seems like Eric And Aaron have considered every possible aspect of their music from performance to production and really perfected their craft on their first time out.

Need confirmation? Sure! They’ll supply it before the album even hits the halfway mark with “Apples,” which is damn near altogether too excellent! With a beautiful…hmmm…ukulele opening to the song, they start out with tender, gentle melodies before the bass fills in the sound perfectly. Displaying a more worldly, all-encompassing sound – “Apples” is a completely sweet track…excellent guitars build this song in the greatest of ways towards the final minute, with inspiring drum-rhythms and beautiful harmonies. It echoes a feeling of unity & togetherness…like last call at the bar – you can see this song ending a set with everyone raising their glass in respect.

“Long Time” is a more standard pop/rock tune in a sense, though I really appreciate the drums and chorus and how BIG this tune sounds, it almost does sound like what comes naturally to them. Hitting their stride at two-minutes in, Eric And Aaron really know how to elevate a song from good to great with the passion they put into their music. Excellent vocals in “Long Time” that reach out as high as they can spread and the sprawling guitar ending drove this tune perfectly into its massive ending.

That being said…much like the aftermath of an explosion…there’s nearly complete silence as “Edge” begins – you could hear a pin-drop as the opening of this sweet tune begins. As you all know…I try not to always point out what may/may not be my own personal favourite tune on any given record…but it’d be hard not to argue “Edge” for being that number-one cut for me. Not only does this song have a beauty that can’t be denied, but it’s also lyrical perfection…the words capture the feeling, mood & atmosphere of this music in stunning, sparkling and isolated, melodic ways. By far the most innocent sounding of the set of six tunes, “Edge” is stripped-down to every element that works 100% for Eric And Aaron and truly is purely beautiful.

Bringing back the energy, this duo marches strongly to the end of the EP on the final-cut “Lola.” With a massively catchy hook in the chorus, Eric And Aaron leave you with a fantastic energy here in their final song. Like a combination of Maroon 5-meets-Blues Traveller, this final tune really works in the instrumentation and harmonies…I couldn’t live without that one incredible guitar-lick towards the end; it’s so short and sweet that I wish there was a whole plateful more of it, but at the same time it makes me want to repeat this song over and over. That’s alongside the other elements of course…the piano, drums and vocals truly rock this last one out, but impressively – I’ve never once felt like Eric And Aaron lost that invitational feel to their music. Each and every song felt like a warm hug from a good friend or that first ever-so-awesome cup of coffee that helps you into your morning.

To Keep From Losing Our Minds is an EP full of powerful, genuine emotion that pulls you in close to listen and retains attention through pop/rock inspired perfection. For a debut EP, Eric And Aaron should be ecstatic about the quality of everything from their committed performances to their tight-as-nails production; they’ve nailed it here completely in six songs – this is one duo with a massively bright future in song-writing and long career in the music industry.

Tags: EP Eric And Aaron sleepingbagstudios To Keep From Losing Our Minds