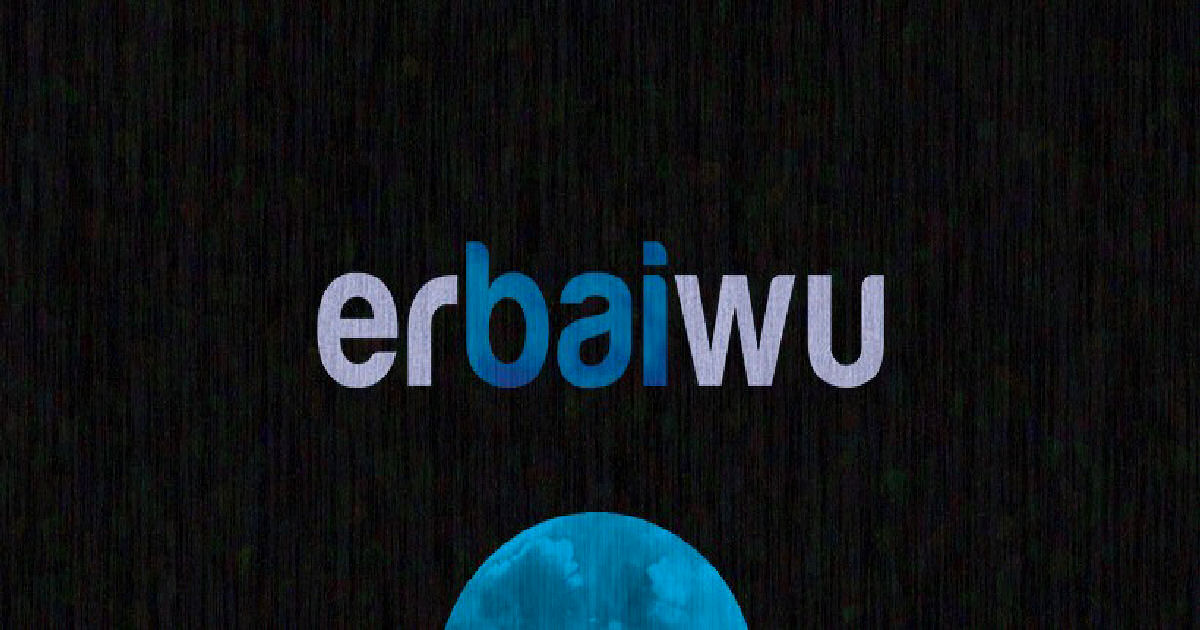 Well now, someone’s got a mighty fine future on the way, don’t they?

Extremely awesome stuff from electro-artist/beat-maker erbaiwu, everything I’ve got on my list in review for this dude is pretty much a highlight for what I’ve heard in 2018 so far – I’m a massive fan of what I’ve found here.  Depending on which route erbaiwu wants to take his music – or if he takes both of the immediate options – this is music that has the ability and potential to experience success on multiple levels.  Though he’s a reputable beat mercenary for hire, erbaiwu is also creating exceptional and truly stunning cuts that he also puts out from his own personal stash of tunes – and I’m tellin’ ya, no matter which side of this artist you get, you’re going to absolutely want MORE – this is 100% killer.

So erbaiwu – you got beats for sale you say!  Or beats for lease anyhow.  I’m not gonna lie…I have absolutely no idea how that whole world of beats works or does its thing on a transactional basis – I just know what sounds good.  “Currents” will give you a great idea of what erbaiwu is capable through the depths of its electro sound, imaginative atmosphere and rhythmic beat.  The attention to detail in the performance, writing, and production leave no stones unturned…again, I don’t know much, but I know if I needed a beat – it certainly seems like shopping around in the universe of sound that erbaiwu creates would be a highly beneficial move for those that are looking for something seriously strong.  The mood and texture that slides through “Currents” is exquisite…smooth, chilled-out, dynamic, & versatile – even here in its unaltered instrumental form it’s incredibly enticing to listen to, snapping you right out of your own world and into erbaiwu’s – the exact kind of journey & trip that great music really SHOULD take you on.  The sound choice & pace are deadly…”Currents” is a truly captivating slow-burner.

“Consequence” moves with a similar mix of chilled-out pacing and slick sound.  Another instrumental electro cut that’s currently available on lease from his spot at Wrong House Records – again, I think you’d be spending your dough incredibly wisely on a cut with this dude at the controls.  Listen to the incredible ear for sound this guy has…not only does he put together a killer beat to begin with, but LISTEN to the mix and the sparkling clarity in the production.  No joke – a cut like “Consequence” is the kind of cut that can separate the good from the great – the behemoth amount of low-end contrasting with the bright elements in the electro surrounding it is the kind of range in dynamics that would throw-off about 80% of the producers out there in search of the balance between extremes.  erbaiwu confidently and competently displays that everything is under complete control at all times, finding an insightful amount of definition and punch in that low-end bass while still creating perfect clarity surrounding it for all the other impressive sounds in this beat to thrive and be noticed for their contributions to the melody line of “Consequence” as it plays.  Arguably, “Consequence” might even be a bit more versatile for an artist to work with…it’s a bit more bare-bones than “Currents” was, allowing for room to continue to add to this beat with instruments, or plenty of space for vocals to fully let loose.

Now…if it wasn’t for the fact that both “Consequence” and “Currents” were newer tracks, you’d almost have to accuse erbaiwu of keeping the real gems for himself!  Once you hear what this dude is capable of in his own music and how he envisions a complete track to sound…I mean…I’m almost inclined to tell the world to let this artist keep his beats and continue to do what he’s doing – because this completely works.  ‘Stunning’ would like…barely just scratch the surface of what I think about the first track I experienced from erbaiwu’s finished material, called “Clarity.”  Quite honestly, it’s a serious jaw-dropper…I wouldn’t change a thing about it from performance to production.  First of all – I’m a huge fan of smart vocal samples in melodic electro music…so the opening minutes of “Clarity” were pretty much exactly what I’d listen to all damn day if I had the option to do it.  I’ll fully admit that after going from the instrumental beats from before to this fully-realized idea from erbaiwu had me on pins & needles the entire way through as it played the first time; half of that being because I was so impressed with the emotional texture laced into the electro music, but also because I was somewhat hoping that any kind of vocals or singing wouldn’t even enter this cut…simply because “Clarity” was existing so strongly as it was throughout those first couple minutes.  Ultimately, after about thirty seconds in, I was convinced that vocals couldn’t possibly contribute to this cut or make it any more brilliant than it already sounded.  I was wrong.

Keeping it real, I’m probably still a bit more in love with the first half of “Clarity” with its subtle beginning and beautiful slow building…that first punch into the brightest electro sounds that come soaring into the mix just prior to the 1:30 mark is pure audio magic.  If you can resist that sound, you’re made of steel and cold stone…if you’ve got a heartbeat and a pulse – you’re going to connect to this quickly…because again, somehow erbaiwu has accomplished the impossible by creating genuine audio-sincerity in a digital realm.  Adding the vocals in around the 2:30 mark somehow became the icing on the cake that I would have already happily eaten on my own as it was.  As a result of the way the vocals spectacularly complement “Clarity” and expand its appeal even further, it actually ended up reminding me of similarly powerful experiences I’ve had in the electro-universe in music from Styrofoam, or like, when Ulrich Schnauss worked with Longview on the amazing songs they put together.  I think the potential for “Clarity” is fantastic…this is a cut that’ll hold up for years and years – it’s truly got all the right ingredients to keep all of our attention affixed at all times as we glide along with the brilliant structure & evolution that exists on this tune, soaking in the electro-melody that resonates right at the heartstrings.

In many ways, I felt just as impressed or perhaps even more somehow with the final cut I experienced, a fascinating track called “Please.”  I mean…you just FEEL this music move right through you…I’m sincerely amazed at the instincts erbaiwu has, truly.  Many people out there can structure a great song without it ever finding a way to connect to our cores…whereas an artist like erbaiwu has the audio-equivalent of a main-line to the soul with the incredible selection of sounds he mixes into his music.  The quick silent-break at around the fifty-second mark, followed by a rad vocal-sample like a second long before it launches into the main hooks of “Please” – the buildup and journey in sound you take with erbaiwu’s music is more than commendable – that’s a powerfully bold move and an excellent way to transition this song into its blissful chorus.  I more than love this…the way that the vocals are threaded so perfectly into “Please” is as good as it gets.  It’s so subtle at times that you almost wonder if it’s the sound of your own thoughts and emotions drifting into what you’re listening to as it slowly creeps into the mix, becoming more present as the song plays.  AND!  Not only is where the vocals sit in the mix extremely impressive – the actual SOUND of their haunting, emotional tones and beautifully melancholy melody is spot-on and another highlight example of just how expertly erbaiwu’s music has been assembled.  The crossover appeal in an artist like this is massive…he’s a beat-maker by trade and an artist by heart, clearly.

erbaiwu is an undeniably genuine talent and a shining beacon of hope in the future of the melodic-electro sound – everything I heard sounded completely amazing and every song I experienced is one I’d welcome onto my own playlists at any time.

Find more music, information and available beats from erbaiwu at the official links below!