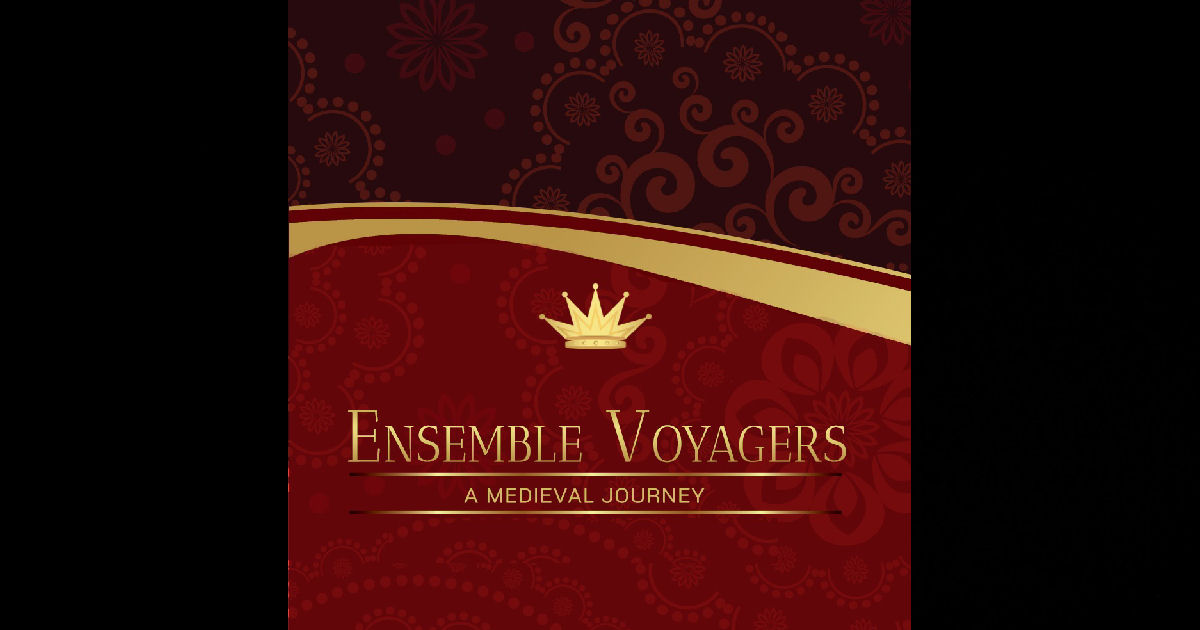 Love it when something comes our way that I don’t typically hear each & every day in some form – Ensemble Voyagers come all the way from Italy with a multi-talented crew of musicians and a wealth of music that speaks to their exquisite uniqueness.  Though I’ve now realized that taking Italian language classes way back when I was in grade ten wasn’t nearly comprehensive enough at this point…like I wouldn’t be able to read the bio for this crew online as it stands right now for example…but that’s okay.  The masterminds & amazing talents you’ll find responsible for the music are:  Daniele Montagner, Aki Osada, Ugo Nastrucci, Manu Saladino, Tiziano Nizzia, Shinobu Kikuchi, and Floriano Rosini – again, I’m not even remotely sure who does what in the Ensemble Voyagers exactly – but what I can tell you, is that I certainly love what they do.  We’re well off the beaten path of the mainstream today…and for those of you out there that know me best, you know that the further we go, the happier I tend to be. 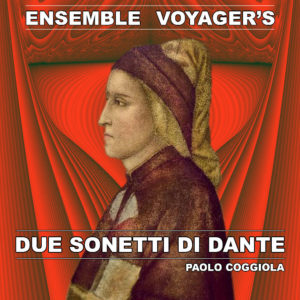 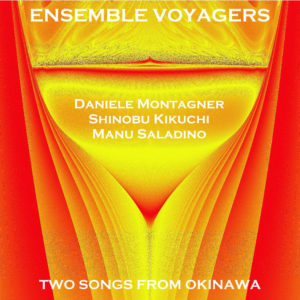 Shifting into their 2018 releases, I started listening to their Two Songs From Okinawa EP, which also contained two songs and really clarified the mission that Ensemble Voyagers are on with their music.  “Asadoya Yunta” brings such exceptional culture & colorful sound to your speakers – and that expressive nature, no matter what style you find it in with the Ensemble Voyagers, is really the heartbeat & core of what they do so well.  With such a wealth of talent and culture INSIDE of their band, it’s only natural that you’ll hear that influence in the output of the results – and that’s truly what you get with their music.  Personally, I love the fact that they’ve got so many willing participants & players in the band – but you’ll also find that they’re smart & selective when it comes time to record; as in, just because there’s a whole bunch of capable musicians available, doesn’t necessarily mean every single one of them has to be on each and every track they create – they play it smart, and select what truly suits the songs.  As a result, the organic nature of the melody & music they create has an awesome opportunity to blossom, expand, and create moments in time that you just don’t hear often enough out there right now – this is instrumental music played with the heart, passion, focus, and uniqueness it takes to stand out.  “Asadoya Yunta” is a perfect example…it’s like part Western, part Eastern in design…really clever hybrid sound that honors its traditional roots while also managing to find an all-new relevance for right now.

It is interesting to note that, with the amount of players & musicians they do have access to, they really do end up putting a lot on the singer’s shoulders to carry each of these songs we’ve heard so far.  Certainly nothing wrong with that – in fact, I’d be willing to bet that a lot of listeners out there would hear these songs and feel like the vocalists are the strongest element you’ll find in the music of Ensemble Voyagers…there’s a case to be made for that, especially considering how these tunes have been structured.  Take “Chinsagu No Hana” for example…the general success of this song out there in the land of the internet and stereo-systems out there, will come down to how much the vocals connect to the hearts & minds out there, because that is the bulk of the actual sound you’ll hear.  For me personally, that works – partly because the vocals are remarkable, partly because it’s structured in such a spare-but-bold way that takes genuine risk in that sense; for some, I could totally understand if they felt there wasn’t quite enough going on inside of a track like “Chinsagu No Hana.”  Ensemble Voyagers are always going to appeal to a niche audience of their own to begin with…so I’d imagine that the experience of listening to songs like “Chinsagu No Hana” will be the same for me as it will be for many – whereby if you like what you hear in how this band approaches music-making, you’re bound to like it all. 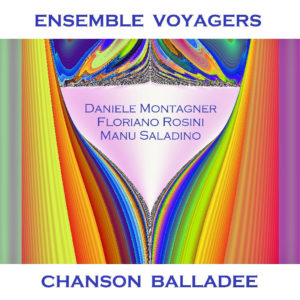 Taking-on a new version of “Chanson Balladée,” Ensemble Voyagers pleasantly guide you through this classic & beloved tune, almost as if the pied-piper is leading you along for a stroll through the village on a beautiful sunny day without a single care in the world.  They capture the spirit & essence of this tune really well with the flute providing that brightness & sweetness to the melody, along with a controlled sense of wonder & adventure that seems to come with it all.  Percussion is really well done throughout “Chanson Balladée” as well, from the jingles of tambourines to the low-end beat supplied, they take their signature-style & spare approach to this tune as well, but once again, I’d argue that the methods this band employs not only suit the song best, but also really do come out with their own captivating charm & sound in some way, shape, or form each & every time.  It’s a cheerful & celebratory song, and they capture that spirit completely in the way they play this with such uplifting energy to go with the ever-present skills & instincts they put on display – many out there will dig the sunny disposition that “Chanson Balladée” brings to their day…pretty hard to resist such a quaint & pleasant vibe like this. 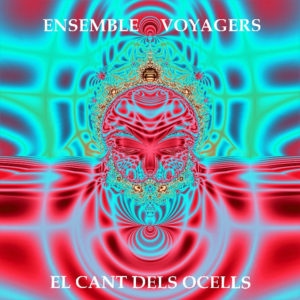 So take all this for what it is dear readers, dear listeners, dear friends…you’ll always find something fascinating in the way that Ensemble Voyagers play their music, but that sparse approach to space & sound is one that they’ll continually flex throughout their catalog…which will work for some, and for others, could make them a bit restless.  As with all music, that’s just the way it goes – some get it, some don’t – as artists, it’s best to keep our heads focused on what we love to create, and that’s always going to produce the results we’re looking to hear as listeners & fans.  For the people that don’t get it, again, that’s natural – we all like what we like – but I’d definitely challenge you to give these singles, songs, and records from Ensemble Voyagers a spin…because you just never know, you might really love what you find.  Music is very much like your taste-buds…over the years, your palette expands – the same can be said for your mindset & ears…and testing out what you might like is always a beneficial experience – especially when there’s such strong artistic merit as you’ll find in the Ensemble Voyagers.  I know that an eleven-minute & thirty-second slow-moving experience can be a large ask of anyone in today’s world – and that’s what you’ll find on “El Cant Dels Ocells” – but I’m highly, highly recommending you listen to every single ticking second of this exquisite performance.  I mean – this is BEAUTIFUL!  And not to hammer the point too hard over the head, but it really is the use of space that creates such captivating moments and sets the stage for each element of their music & vocals to be truly appreciated by the ears.  While “El Cant Dels Ocells” will remain fairly stoic in its subtlety throughout the majority of its length, you will find that as it plays, it does gently build, continuing to flow gracefully alongside the vocals for nearly ten full minutes before you find the thickest moments of sound towards the end of the song in the finale.  Personally, I could listen to this all day long – I think the music adds a beautiful & curious vibe to the aura and atmosphere – and that the vocals, throughout this entire set-list of songs, and certainly here in this highlight performance on “El Cant Dels Ocells” at the end – have all provided an exceptionally captivating experience, every time.  Ensemble Voyagers make precise moves, adding in sound carefully, in specific places, and achieve maximum results with what’s quite often a minimal set ingredients.  Most importantly, they’ve created an identifiable sound and way of approaching the music they make…I suspect that they’ll always have something unique, creative, and artistic in the works for us to listen to – they’ve done a gorgeous job with these songs and I’d absolutely love to hear more.

Find out more about Ensemble Voyagers from their official pages below! 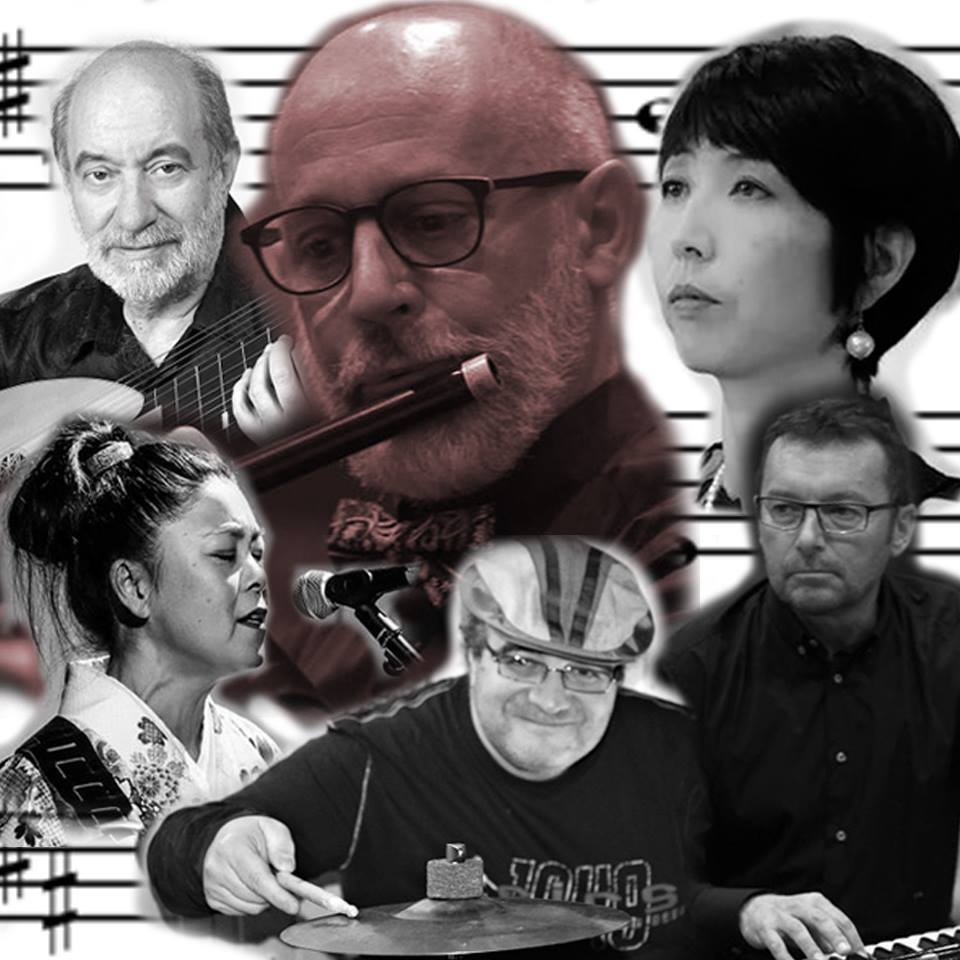