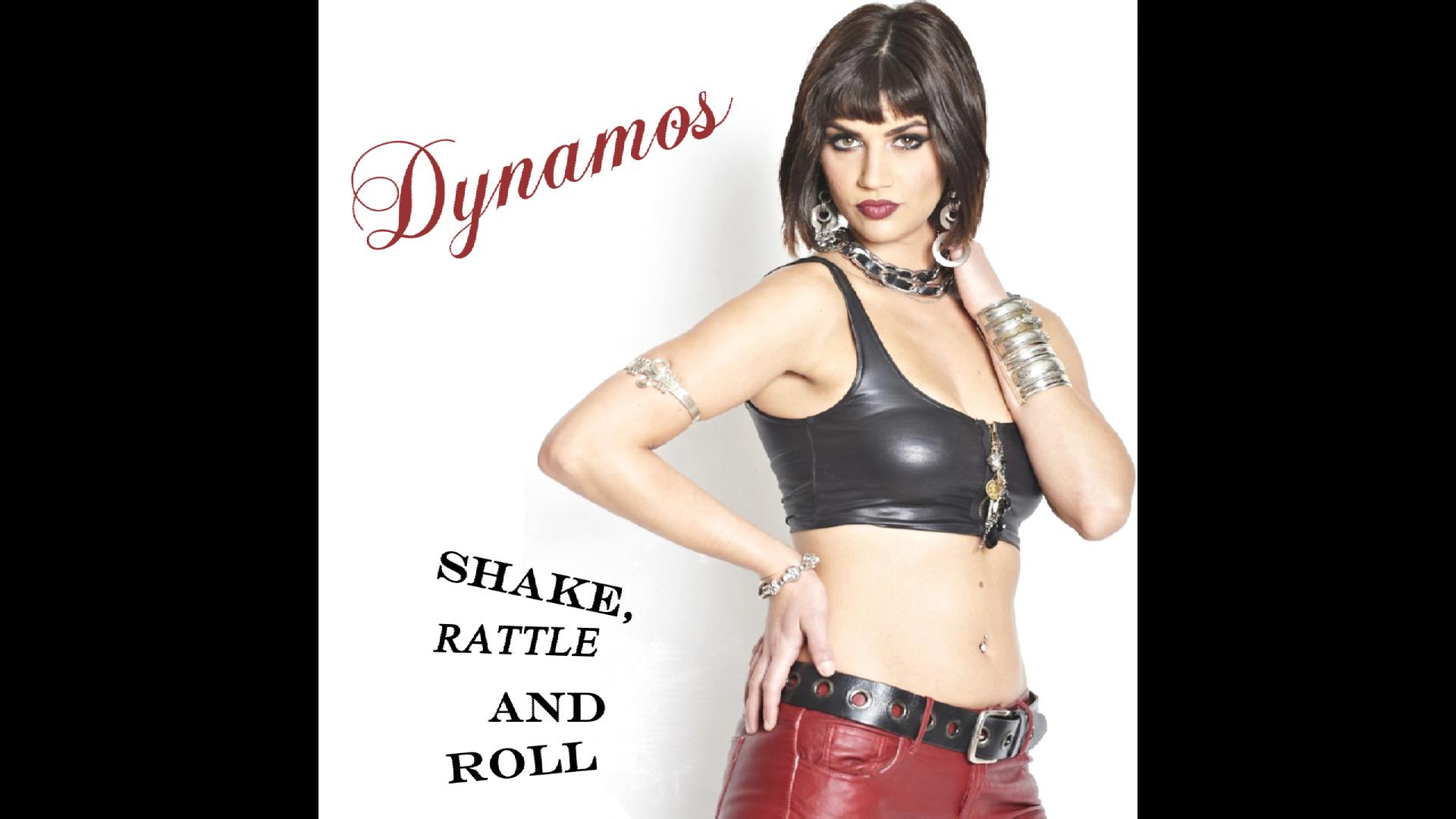 You know…for a rock song…”Shake, Rattle And Roll” is a tough cut to examine.

There are definitely a lot of elements in the musicianship that tick the right box…the bass from Nick Schaadt instantly stands out, the skilled guitar-work from Jacob Mayeda & Carlos Barrera also come roaring through with exceptional tones and wild solos amidst a steady beat kept by drummer Ian Nakazawa to create the music of “Shake, Rattle And Roll” – which for the record, is not a cover of the infamous Elvis tune…and thankfully not I might add.  Upfront on the vocals you’ve got the charismatic personality of singer Nadia E leading the song through its hooks and catchy-rock style.  There are definitely things to like, especially if you dig your rock more towards the straight-ahead & traditional-side of the genre’s sound.

I tend to be a bit tougher on rock music than most other categories out there…I think it’s the one scene most of the musicians out there want to be a part of but also one of the hardest sounds to pull off in a genuine way that would sound new or surprises us.  While I can acknowledge that “Shake, Rattle And Roll” is well-played…something still felt like it was a little amiss…ultimately, there were a few contributing factors.  First being the mix…which for the most part is really, really good, don’t get me wrong…love the way the solos come out and the music overall…wasn’t as sure about where Nadia E sat in the atmosphere though.  I felt like backing her into the music would definitely bring out the vibrant sound in their edgy style a bit more…but if I’m being 100% truthful…I also can hear that there is clearly more in the tank to come from the vocals of Nadia E that is still waiting to be unleashed.

Here’s what I mean…and as always, you’re welcome to agree or disagree with the following statements.  Right now as it stands, I think Dynamos have a decent song here.  “Shake, Rattle And Roll” has plenty of depth in its structure and a lot of really well written parts as well as ideas that truly complement the roots of the genre itself…there’s a respect for rock that you can hear, and I appreciate that.  What I think will make the difference over time, is Nadia E.  She’s definitely got what it takes to be upfront, let’s just get that clear straight away…but there is certainly room for her to grow and expand and find that match to not just the flow of her lyrics and melody-line, but also to the music surrounding her.  She DOES let the power & rock-rasp into her vocals a bit more in the chorus…which is kind of what I felt like the song needed in comparison to the verse.  Essentially…”Shake, Rattle And Roll” kind of implies that we’re here to ROCK with Dynamos, correct?  Well…are we here to rock smoothly – or really rock?  And therein lies the Shakespearian question.  On this particular single…I feel like they’re not entirely sure of the answer.

Best example within the song I can give is the verse that begins around the ninety-second mark.  I might not always love the words personally, but I can respect that thematically, they’re on-point.  Where I think Nadia E runs into trouble, is she’s using words that represent truly wild, untamed energy…that indescribable feeling of pure ROCK that gets us so amped-up – but by conforming to the vocal-melody as hard as she does, it creates too much contrasting control in the atmosphere as a result.  Like rocking out…with the parents chaperoning.  Like I said…it’s a tough song to examine, because Nadia E’s doing a solid job…I can just hear the potential for that next breakthrough and I think the more she embraces her confidence as a performer, the more expression we’ll get through her vocals…everyone deserves to have some room to grow and evolve in their work, the important thing is that the seeds are there.  She’s got mad potential…and she holds her own…you can call me crazy if you like but I know she has more to give.  Overall…for those that know the roots of the scene out there in Vancouver where we originally came from, Dynamos strike me as having a lot in common with Modern Day Poets that way…both of these bands have excellent potential given that they’re really good now & could certainly be great later.

I felt like the guitars ‘got it’ – you know, the whole idea of “Shake, Rattle And Roll” being a rock-song & all…they really nailed some key tones and did their best to bring that real rock spirit out in the music.  Other than that…the writing, structure and potential of this tune, sounds like it would be finding its biggest wins in a live-setting right now…I’d imagine this would be a highlight tune in the set that really gets the crowd pumped-up.  Decent tune, decent band, decent debut…let’s all keep that factor in mind…cause like I said, plenty of reasons to like this crew now – but I guarantee more coming later on.

Find out more from the official homepage of Dynamos at:  http://www.dynamosmusic.com/