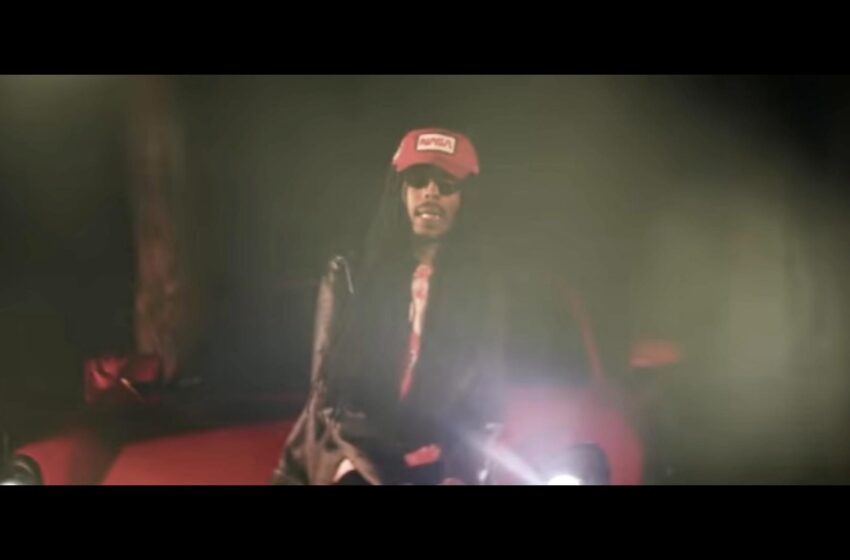 I mean…don’t get me wrong y’all…I’m just sayin’ it MIGHT be a lil’ bit easier to say it ain’t all about money after you’re already ballin’ with a Porsche & packin’ gold grillz, you dig?  But I do appreciate the sentiment Don Gritty is rockin’ with, and what he’s ultimately communicating on “Waste No Time.”

For real, he’s actually got quite a grounded, sincere, and down-to-earth cut goin’ on here in this slice of L.I.F.E. – the record he put out last year in both original & deluxe versions online – both of which contain this single on it for ya.  It’s easy to get caught up in the flashy look of the video he’s got put together here…like, for a song that’s two-minutes & seventeen-seconds long, you’ll be stunned at just how much work has been put into making this experience as tight as it is from your screens to your speakers – but even with its brilliant production, the designer threads, fancy car, beautiful girl…all this stuff adds up to a supreme level of enjoyment sure to be had by all – I’m just sayin’ it’s what’s underneath the surface here that’ll make the most resounding impact on ya.  Anyone out there that is still underestimating what the lyricism in modern-day Rap/Trap can provide should have a good listen to what Don Gritty is sayin’ throughout this single, and recognize that there’s a whole lot more goin’ on around in what we can hear than merely in the flashy stuff we see.  “Waste No Time” is essentially about exactly what its title implies – DG digs into his own personal details in a highly relatable way that translates directly to us all, creating a reminder to make sure every damn day you’re out there doin’ your thang you’re doin’ it the best you can do it.  Because there ain’t no time to waste in this life – Don Gritty gets it…and hopefully y’all do too.

Believe me when I say it isn’t just words here either – Gritty’s got more than enough proof out there online to show you he’s livin’ what he’s spittin’ – “Waste No Time” is what’s real.  From what I can tell, since about 2017-ish, this dude hasn’t wasted a solitary second – you can find Don’s music everywhere out there on the internet…tons of singles released over the past four years, two records, two bonus deluxe versions of those records, and the man’s already starting off 2021 with a brand-new joint called “New Deposits” that’s already out there for ya – how’s THAT for some hustle?  Chances are, Don Gritty is outworking you and everyone you know – and this is one of the many reasons why you won’t question his integrity or the words he’s layin’ out on “Waste No Time” – because you know that he doesn’t let a single moment go by without making the absolute most of it.  Beyond what you can see out there online, you could just as easily tell by the sincerity of his performance, the mood of the music here, and the conviction he puts into his words – again, we know this is real, because it clearly IS for Don – and by creating a cut like this where he’s leading the way by example – he’s got the potential to genuinely inspire a whole lotta people out there, and/or at the very least, have a bunch of listeners considering these lyrics of his 100%.  How much time have YOU wasted?  That’s the natural question you’ll come up with in listening to this track…Don’s self-reflective thoughts & words have you quickly drifting into your own while you listen; it really does make you think about whether or not you’re using your time wisely.

If you’re livin’ right, it’s just something that IS…you know it, you feel it, you become it – that’s really what “Waste No Time” is gettin’ at, and Don Gritty is RIGHT.  You stop worryin’ about how you’re spending your dollars and your time, because you know deep down you never stop doing the best you can with whatever you got, every damn day, like ya should be.  You’re lovin’ on the people around you the way you should be, because as you’ll see directly in the video, you just never know when they might not even be there anymore – you gotta cherish your time together y’all.  And in the event that a track like this doesn’t make you consider all that good stuff you’re blessed with – you should be considering WHY that might be instead, and maybe make some changes, you feel me?  “Waste No Time” is a highlight example of what the real good life is all about…sure money, cars, and bling is always good & always welcome – but it’s all about having the right people beside ya to share & enjoy it with you…it’s about making sure every moment you’ve got counts for something.  Take a page out of Don Gritty’s playbook y’all – “Waste No Time” – get out there & get after it with everything you’ve got to give it.

Listen to more music by Don Gritty at his official page at Spotify here:  https://open.spotify.com/artist/6USqKCpXQYXKwc6n45eafL