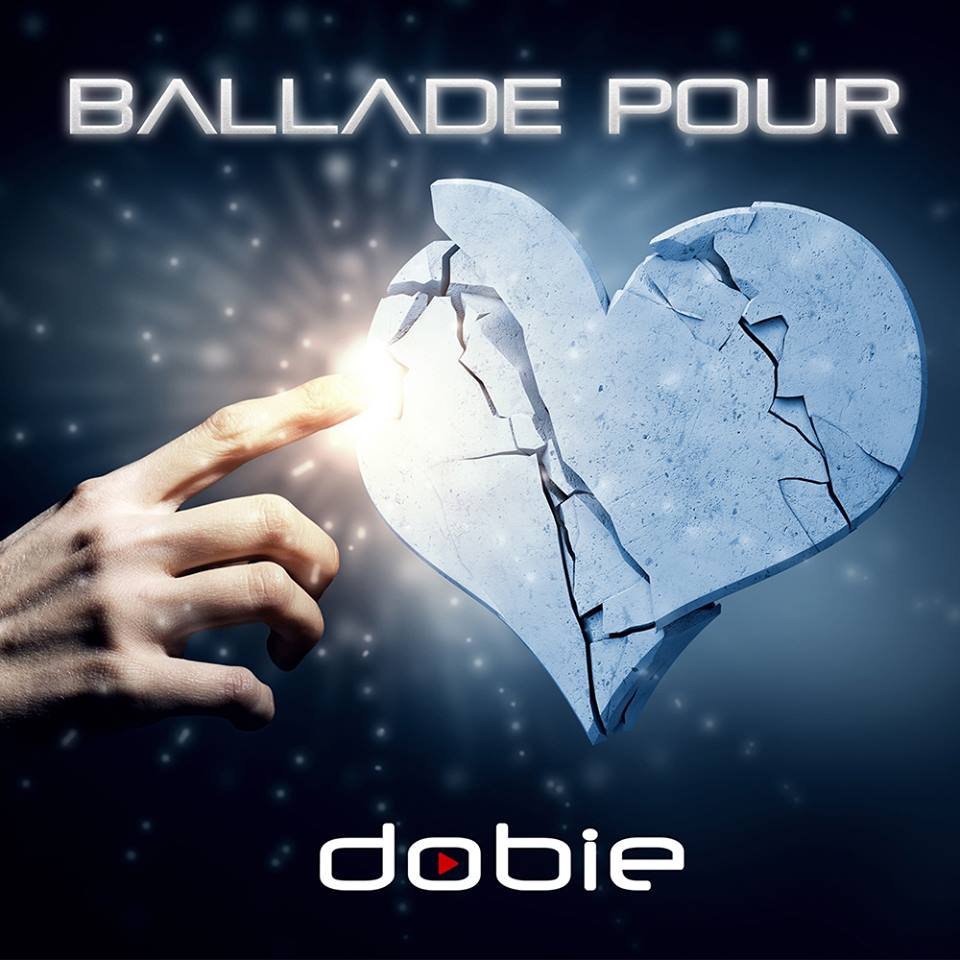 For fans of electro-music and the vocal-trance genre, there’s a good chance you’ve got something to love here with the new single from Dobie, “Ballade Pour (Extended Mix).”  From the steady structure, pulse & rhythm in the music, to the poetic way Dobie crafted the words for Ana to sing, he’s definitely presented himself as legitimately artistic and put a lot of himself personally into this track.  Honesty & authenticity connect to us in music – I’ve mentioned several times throughout the years and even earlier this week…but I stand by these comments and think they certainly apply once again here to Dobie’s music.

In a sense…he’s going about things differently than his peers in the genre by adding such intensely emotional lyricism into such an energetic vibe in the music.  That level of contrast can absolutely be a huge risk to take when the difference between the energy in the music and the lyrics is so widespread – but where there is risk, there is reward…and you can hear this paid off well for Dobie in the Extended Mix of “Ballade Pour.”

The way he’s got this structured works extraordinarily well for both artists in collaboration – I dig the pace of the evolution of sound on the “Ballade Pour (Extended Mix)” and how the first minute of the song shines a light on the stunning electro composition that eventually surrounds the vocals.  He’s definitely unafraid to let the music be just as much of a star as the vocals on the new single – and that’s a move that I think will gain him just as much respect among fans & listeners as it will also bump up the amount of repeat listens from the people out there.  I like the slight hint of accent in Ana’s voice…between that and a few structural hints in the writing, I’d be willing to bet that English is a second or third language for her – and what becomes really impressive in knowing that, is how well Dobie’s used the language to convey his feelings, emotions and thoughts through her on this track.  I’ve got no skills or talent when it comes to any language other than my own…the idea that I’d be able to communicate my innermost feelings like Dobie is able to here even half as well as he can is beyond my own imagination and certainly beyond possibility.

I like that it’s a sad song!  I like that there’s an endless amount of questioning and observational/internal examination happening here…again, I think he’s communicated every part of the song’s sentiment very well.  Bottom line is that it comes across as real, authentic and honest as a result of words this direct and emotionally-heavy being found in such uplifting sounds around them in the music.  You know as a listener that these thoughts were genuinely on Dobie’s mind as he wrote this…and where many artists would have chosen to wait for a happier theme to strike them in effort to match the up-tempo electro grooves on “Ballade Pour (Extended Mix)” – he’s decided to keep it real and express what’s truly in his heart and on his mind over the course of this song…people will appreciate that level of integrity & honesty, I guarantee it.  I love that he ended this one with the repetition of the song’s/Dobie’s main question – ‘Is this the price I have to pay?’ – each time we hear it, it’s killer.  Like a lyrical dagger through the heart…after all his observations and reflections leading up to this in the lyrics, by the time we get to this ending he’s chosen, I think we all slightly end up feeling as if we wish we could somehow give him the answer.  We feel that way…because Ana’s so sincere in her performance that it leads to empathy from us as listeners…we genuinely want things to work out for Dobie, for them both…for things to be okay.

Whether singing with her beautiful range and soaring tones or speaking her vocals more directly – Ana’s got a captivating presence.  When she kicks into full-gear and hits her most powerful notes just prior to the 2:30-mark – she sounds absolutely fantastic…if anything, maybe I wanted a few more of those moments, but I’m certainly happy with what she gave us if this is what we’ve got!  The music itself is full of a wide variety of well-produced electro-dynamics and a perfectly structured, shifting energy in the song that really allows those words he’s written to come to life in our ears as she sings them.  In a world where a lot of electro-music can often seem like it’s made of plastic and pretty shiny things, Dobie does a commendable job of keeping the intentions focused, honest and expressive on “Ballade Pour (Extended Mix)” – he’s definitely an artist that keeps it real within the electro-scene, no doubt about it.