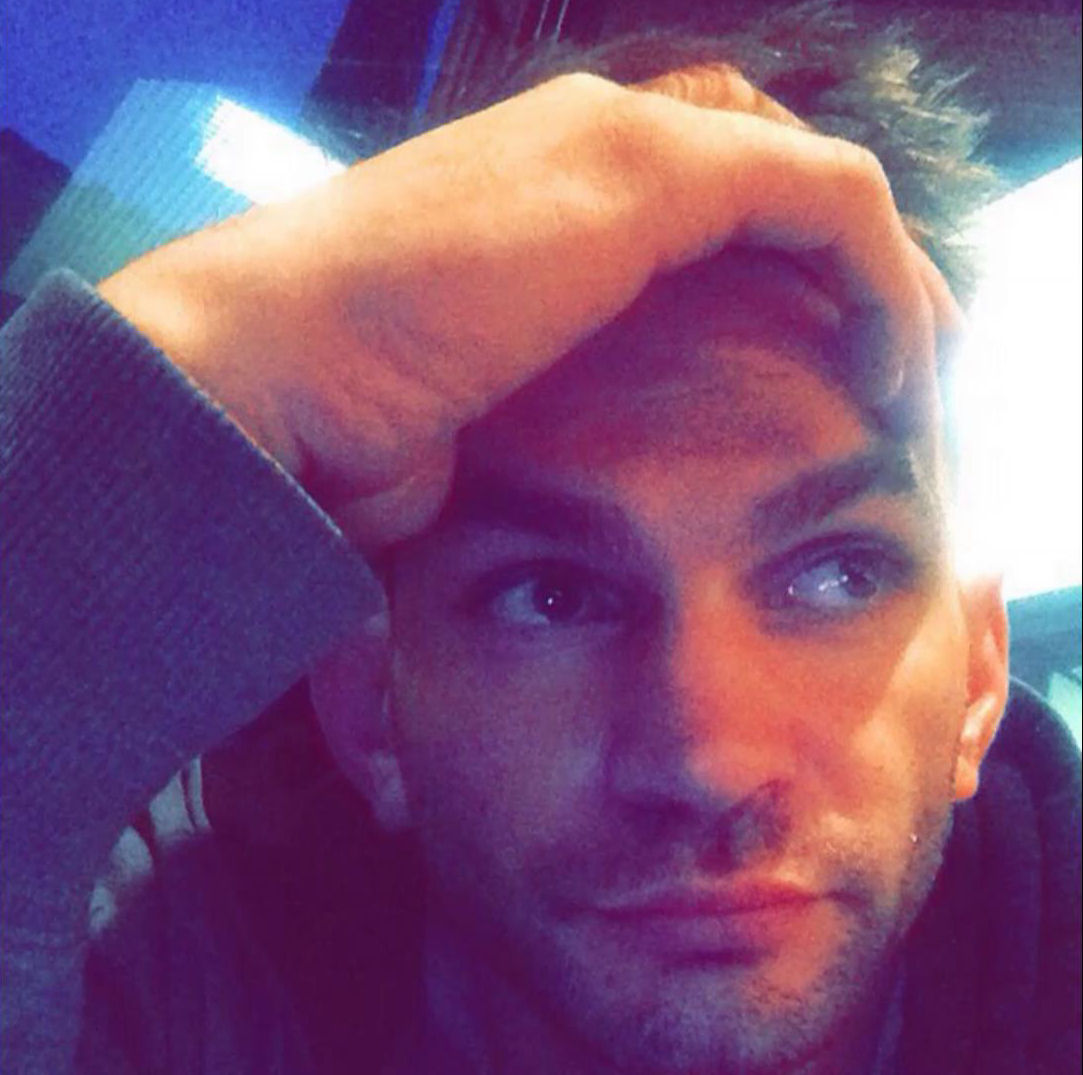 Let’s not forget, before we jump too far ahead of ourselves here…the genre, when defined…is RAP, which at the roots began as rhythm and poetry.  I mention this early on here, not because it’s knowledge you should already have…but because it’s audibly going to help you understand what’s going on here on dMj’s new songs that have been posting up to Soundcloud over these past four months.  If you need each set of bars to contain a set of lyrics that completely rhyme or flow logically…you’re probably not going to get that here with dMj…but what you’ll need to remember is that this still stands every probability of working, it just becomes up to the man behind it, David Marc, to deliver the goods.

I’ll also start by saying I’ve enjoyed my time in listening to dMj as well, even though I can completely understand that almost every inch of his battle to the top of the charts from here on in is more than likely still an uphill one.  Though there are multiple redeeming qualities to his music…by and large this is a tested method of Rap/Hip-Hop that has always struggled to find a mainstream acceptance…and what I’m not exactly sure I’ve heard here is enough from dMj to set himself apart from the rest out there in order to make that dent, that impact, that memorable song or songs that will keep him in mind once we’ve moved off the Soundcloud page…  The reason to return, as they say.

They’re all out of the order they’ve been made in at Soundcloud…we’re all familiar with that site and how backwards it can be for posting stuff up, so I’m sure you’ll forgive me if I jump to the top of the page and simply push play to allow it to let the whole page spin.  In doing that, the first track I heard was “We Make It Hella Big” – which has some really solid atmospheric elements to it.  You’ll probably expect this to be amped-up in energy from its title, but it’s a lot more of a slow-burner than that.  Each word is spit out with solid conviction throughout the verse – for me, that’s inarguably my favorite part of this track.  “We Make It Hella Big” has a firm anti-chorus, whereby the music shrinks back and instead of rising to the occasion, it drifts off.  Does that convince you that dMj truly makes it ‘hella big?’ – probably not when you examine it like that…were it not for the wording there, I might have felt differently…it seems like the logical place for the energy to max-out rather than start to conserve itself again.

The rhythm and poetry comments from this article’s beginning will come in handy most when you go to listen to “Chatter Box.”  This is a massively tough one for me…because I absolutely love the beat and the music to this tune – that bass-line gets menacing and mean and really puts a ton of tone, mood and dangerous atmosphere into “Chatter Box.”  That being said…dMj delivers convincingly once again…but as the title would suggest, a lot of this comes out like words unfiltered.  Repetition is a key to a lot of the rhyme-scheme…as is simply raising the inflection of his vocals to match the tone, but neither of these things quite showcase the lyrical aspects your ears are used to hearing.  That may or may-not be a thing that ends up working in dMj’s favor; it could be that very thing that does help this artist stand-out to you…but as to whether or not that puts him in the positive or negative-side of your memory might be another story.  In the opening verse…I felt like it was partly on me and partly on him; I needed to turn the volume up for sure in order to catch all of what he was saying, which I should have done anyhow…but truthfully, he’s also coming in a lot lower in the vocals throughout this second track.  I’d say that too is okay…lots of artists do that…BUT…you can hear that when the words of “Chatter Box” do break through that dMj has a lot to say – especially in that opening-verse.  He starts laying down clever-lines right away…the tone of his voice suits the music perfectly; and I think there’s a benefit here to catching all the things he’s saying – that’s all I’m saying.  Turn him up – he can still sound menacing, dangerous and mean with a couple more notches of volume on the mic I’m sure.

I suppose my main concern as I started into “VOIDed” and noticed that same distance between dMj’s vocals and the music once again…is that it forces us as listeners to consider whether or not he’s chosen a safety-net to be under him along the way purposely as he rhymes quietly.  Like a confidence issue of some-sort…if we can’t really hear him, then we can’t really complain right?  On tracks like “Chatter Box” and especially on “VOIDed” – I think it’s actually costing him more than it’s helping him.  “VOIDed” could easily become a hit – the hooks in the song are MASSIVE – but there’s still no denying its main-star is set far, far into the music to the point where the words are much more difficult to make out.  You can HEAR that they’re being performed confidently – dMj clearly believes in his words, which makes it all the more surprising that there are multiple-moments in these songs where he’s sunk so far into the music he’ll nearly disappear.  In a sense…like on a track like “VOIDed” – his vocals become more like another instrument or part of the atmosphere rather than standout word-for-word…and I’m just not so sure that’s what dMj is going for entirely, know what I mean?  The music of “VOIDed” is seriously awesome…and I really believe a song like this could find its way to your playlists too…but I also believe pretty strongly that he’s just slightly wide of the mark he was aiming for when it comes to the mix and production here.  I know I’ve said it before…but turn him UP!

Can’t be the worst thing right?  To want to hear MORE of a person’s voice?  I mean…at the very least, you can conclude that I’ve certainly got no problems with his delivery and overall sound/style – I don’t.  I just want YOU to be able to hear it as well!

And as if in direct response to that issue with an audible middle-finger up instead of the volume, “Time!” begins…nearly inaudibly.  Thankfully, this is much more of an issue of master-volume – the track is completely in-line mix-wise, it just comes out quietly in comparison to where you have your volume set for the other five.  It’s a lot tougher to find consistency in that issue when releasing songs as singles…I’m cool with that, I get it.  I turned up “Time!” and everything was all good.  You’ll end up reaching back again to turn it down for the following track “CyaL8r” but that’s again due to the overall master volumes and not anything to do with the quality of the songs themselves.  “Time!” has pretty solid hypnotic-qualities to it, smart electro-elements fuel the atmosphere; it’s a pretty minimalistic track with the exception that it roams through quite a bit of space & time within its short span.  It’s never overcrowded, but it also never feels like it’s anything less than full…the flow is solid and the beat is good – I dig the way he’s done the vocals here on “Time!”  I might still want them up a couple-points in the mix, but the overall sound of dMj’s tone is always one that seems to be worth a listen and ultimately sounds convincing each time he’s on the mic.

My point, volume-wise when it comes to the lyrics, is completely validated by “CyaL8r.”  Hello David Marc – it’s extremely nice to meet you (five songs in!)!  There’s no question about whether or not you can hear him on “CyaL8r” – he’s right upfront in the mix like he’s yet to sound on any of the four-tracks we’ve heard before it.  That being said…I’ve done my due-diligence in listening to dMj and even strapped headphones on to make sure I’ve been hearing his words throughout these tunes…and I’m almost surprised by comparison that the song we hear him the most on is “CyaL8r.”  Not at all saying the words are bad…but I would argue that they’re somewhat the least reflective of himself personally and more close to what a lot of songs have already said many, many times over.  Especially when you compare it to a song like “sTaRiNg aT tHe ClocK” whereby those lyrics you’ll hear sound like they represent the man behind the music with more strength.  “CyaL8r” definitely has an undeniable rhythm and hook to its vocal-line and flow…which I like a lot; it grows on you quickly to the point where you’ll start singing it every time you leave the house or close the door on someone on your way to doin’ your own thang.  Not every song needs to be drowned in personal demons and depth…sometimes a hook is all we need.  I think that the strength of “CyaL8r” is definitely its vocal-rhythm and hypnotic-flow…but have we actually HEARD enough of dMj to support the claims he’s made in the opening verse?  Not sure yet…but that might just be me.   It’s all good though…he’s made sure to stick-it to guys like me that question what we’re hearing in the final verse of “CyaL8r” – so I figure maybe we’re even.

“sTaRiNg aT tHe ClocK (Tick Tock)” is the cut you’ll find started all the postings thereafter…this was technically the first song to hit the page within these past four-months and no doubt likely the source of the initial confirmation of his skills to drive him forward and begin to create more music.  I can dig it…he rhymes a lot like Sen Dog from Cypress Hill when it comes to his delivery quite often…it sounds stylistic, crafted and purposed…but also unforced.  The music he’s got sampled in to make up the beat of this final-cut is rock-solid, dynamic, versatile and really takes you on quite the sonic-journey.  Smart production, the mix is solid…it’s a little quieter than “CyaL8r” right before it…but I think after listening several times that any song would sound that way by comparison to it.  I think “sTaRiNg aT tHe ClocK (Tick Tock)” at least allowed him to put a little more of ‘himself’ into the lyrics – and I think that pays off for him here in this last track we examined from the dMj Soundcloud page.  It might be the original track…but, I still think it holds up easily here with these other five tracks and still serves as a memorable highlight within the set.  I think the blueprint for what he’s doing best is still right here in the DNA and genetic makeup of this final track…and I think it stays on this list currently because it’s strong enough to survive.  Should be interesting to hear what dMj comes up with in the future…there’s potential here for sure – but I’m thinking from what I’ve heard so far that’s also an indication that the sound is still being worked out, refined and defined.  In other words…I still think the best is yet to come from dMj; he’s given you plenty of reasons to stay-tuned on that throughout these singles and I’m interested to see/hear what he’ll come up with next.