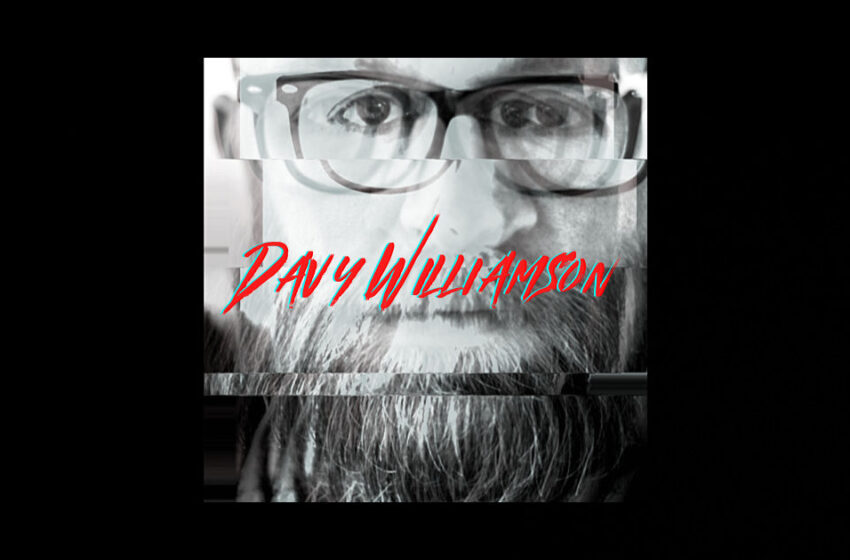 “Been gone for far too long!”

Bro!  You just got here!  Ain’t this cut from your debut EP?

Alright.  To be fair, that’s kinda true & kinda not – Davy Williamson used to front bands from North Carolina called Third Class Passenger and Ma-Shot-Pa according to what I’ve read – but as far as his solo stuff is concerned, “Same Place” comes from his official debut, Down By The Fire EP.  So right on!  And congratulations.  Y’all know what it’s like to turn that next page in your story, let alone that entire next chapter – Davy’s branching out on his own, and he’s sounding ready to burst outta the gate with the sum total of his experience to-date, firing it up on “Same Place” with undeniable grit and savage melody.

You’d be looking along the lines of bands like…hmmm…I’d say there’s at least a comparison or two to be made to a band like Fuel and how they write their tunes, but there’s also a more direct parallel to one of my own favorites outta the Alt/Rock scene, which is Finger Eleven.  In either event, I’m cool with it – I dig both of those bands still to this day, though I’m more familiar with both band’s earlier records when it comes right down to it.  But the way that Davy hits some of these moments with such power & bold tone combined, exploding at sheer will, completely reminds me of how Scott Anderson sings his tunes…that’s damn good company to be keeping as far as front-men are concerned – we’re talking large doses of raw, electrifying energy, and perfect transitions into mellower melodic vibes.  Transitioning fluidly between multiple dimensions of sound and the gripping dynamics that rip & roar throughout “Same Place” – Davy proves within this one cut alone just how much he’s capable of.  I wouldn’t change a single thing about how he’s performed this song…not in the music, not from the microphone – Williamson was clearly a born professional with all the right instincts on how to entertain.  Production-wise, “Same Place” crushes it just as hard, harnessing this song’s most epic & intense moments with spot-on precision, allowing Davy to get the most out of every single second and reach the maximum potential that this cut was destined to reach.  The mix is stellar, the performance is enhanced by that fact – the layering on the guitars is supreme, the drums are ticking perfection & rhythmic, and Davy’s vocals are as good as they get.  This man can SING and make no mistake about it…he’s got remarkable control, several gears, and the artistic courage required to dare to switch between multiple realms of energy in his vocals to fully express what’s really on his mind, while never letting us down in the process.  It’s mid/late 90s Alt/Rock in many ways…but correct me if I’m wrong – there’s still millions of fans of that genre out there across the entire globe, right?  Thought so!  So have at’er Davy…there’s plenty of room out there for this solo record of yours, and songs like “Same Place” are guaranteed to resonate with fans of real Alt/Rock sound.  Thick bass-lines, clever structuring…lyricism that I think a lot of people will be able to connect with, if not outright relate to…that idea of being stuck in the “Same Place” in life…the same gear…and the full release of what it sounds like to break through all that into the person you’re meant to be.  Davy essentially gives you both here – one directly, one indirectly; you get the struggle detailed in the lyricism, but it’s actually the sound of this song and the powerful way it punches out of your speakers that gives you the sense of this song being autobiographical – the literal sound of Williamson breaking out of being stuck in the past, and raging his way forward into the future to follow, fired up like never before.  I mean…it’s just a theory…you might come up with something else, but I’m digging on the authenticity that Davy Williamson comes with – it SOUNDS like he wants this moment, despite the despair & emotionally-tortured lyrics.  You listen to him perform “Same Place” with such impeccable tone & all the right energy in all the right places, and you couldn’t possibly miss the supreme professional this dude really is.  With all that he’s learned throughout the years – he’s taken that experience and turned it into pure fire…Davy’s sounding massively inspired on “Same Place” – and if my theory about this song being as autobiographical as I suspect it is, it’s gonna help blow open the doors of opportunity for his future to come.  This man is anything but stuck in the “Same Place” anymore – now he’s set for a serious ride to the tops of charts & playlists all over the place out there, and justifiably so – this single speaks volumes on behalf of what Davy Williamson can accomplish as a solo artist, and proves he’s a sonic force to be reckoned with, even on his own.  Down By The Fire is out NOW – go blaze it up!

Find out more about Davy Williamson at his official website at:  https://davywilliamson.com